The complete post guide to Fort Meade - We Are The Mighty 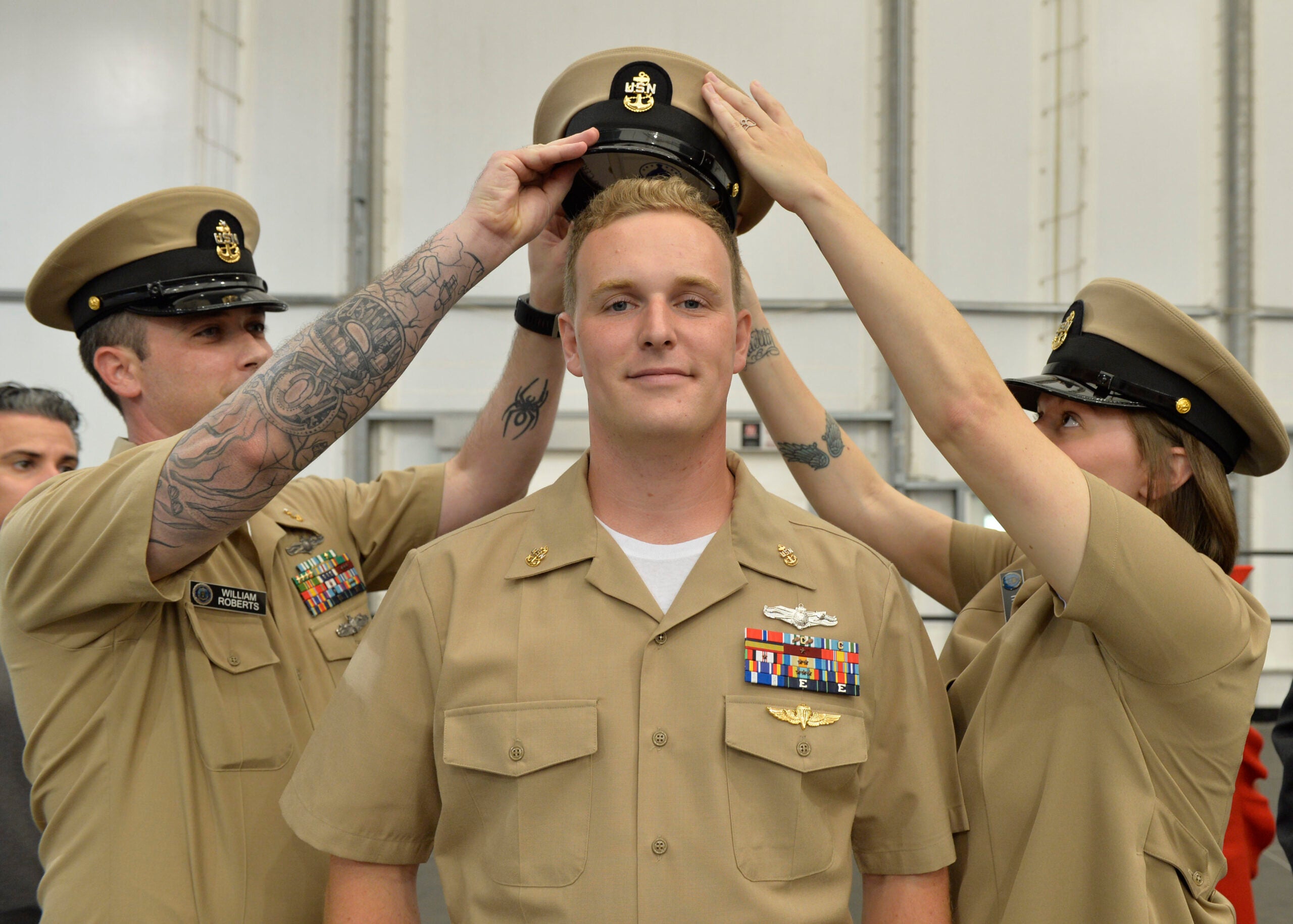 Fort Meade in Maryland is a lot like plenty of other east coast DoD installations – you’re within driving distance of some of the best this country has to offer. Not only can you live in the National Capital Region and commute to the Army base in Maryland, but you’re also within reach of so much more! In 2017, the post celebrated its 100th birthday, an event that coincided with the 100th anniversary of World War I. Maryland is known for its delicious seafood and fantastic location. But that’s not all Ft. Meade has to offer. Read on to find out more about what your next post is going to be like.

Ft. Meade is home to the National Security Administration and the U.S. Cyber Operations headquarters. There are over 55,000 people working on post and almost 10,000 live on the installation. In fact, Meade is the largest employer in Maryland and second largest in the country. The base is home to the Defense Information School and the US Army Field Band. United States Cyber Command, the National Security Agency, the Defense Courier Service and the Defense Information Systems Agency are all headquartered at Fort Meade. At the George G. Meade museum, you’ll find historical artifacts from the installation and several historical vehicles including a UH-1H Helicopter. Meade is best known for defeating Confederate Gen. Robert E. Lee during the Civil War. Speaking of, here are 11 rarely seen photos from that bloody conflict.

Fort George G. Meade is located in Maryland between Washington D.C. and Baltimore. Post is just about 20 miles from Annapolis, Maryland’s state capital.

If you’re coming from Florida, it’s about 1,085 miles northeast of Miami via Florida’s Turnpike, I-95 and the Baltimore-Washington Parkway.

You can easily take a bus to post using the Maryland Transit system. Subways are available too. Make sure you refill your subway card before getting on the train. Taxis are allowed to the gate, but no further, so be mindful of that if you choose that transportation option.

Ft. Meade’s mission is to serve as the nation’s platform for intelligence, information, and cyber operations. The major units at Ft Meade include the 1st Medical Recruiting Battalion. Additionally, the 3rd Training Support Battalion, 312th Regiment is at post. This tri-component organization includes active, reserve, and active-guard reserve Soldiers under one command of the 72nd Field Artillery Brigade.

The 70th Intelligence, Surveillance, and Reconnaissance Wing is an Air Force unit that includes Airmen, reservists, DoD civilians, and others. The wing conducts and enables intel operations for the NSA and the Air Force.

Other notable tenants include the 32nd Civil Support Team, the 48th Combat Support Hospital, and the 55th Signal Company.

Ft. Meade offers support for over 50 tenant units which include the Headquarters of the Defense Information School, the National Security Agency, and the U.S. Army Field Band.

This Army post can trace its roots back to WWI. In 1917, the War Department used 5,400 acres of land to build a training camp. Fun fact – the land Ft. Meade sits on was once owned by Revolutionary War hero Maj. Samuel Snowden.

During WWI, three infantry divisions, three training battalions, one depot brigade, and a famous group of women called the “Hello Girls” trained at the site.

Hello Girls were a group of bilingual switch operators in the Signal Corps. The switch operators helped battlefield communication efforts between the American Expeditionary Forces and the French front lines. Despite the fact that the Hello Girls wore Army uniforms and one earned the Distinguished Service Medal, no one called them soldiers. These women bridged a gap between official War Department regulations about women serving in the military. Here’s another group of women who helped shape the war despite not being service members.

During WWII, the installation was used as a training facility and a POW camp for Italian and German service members. After the war, it merged with the First Army in 1966. These days, it’s the cornerstone of military intelligence and intelligence training.

Things to Do Around Ft. Meade

Being so close to such rich history means you’ll never run out of things to do when you call Ft. Meade home. Of course you’ll want to take advantage of all the touristy things to do in Washington D.C. Don’t skimp on walking the National Mall and make sure you experience Cherry Blossom Season. When it’s time to look elsewhere, check out what all Maryland has to offer.

Maryland has so much to offer your taste buds. So does the NCR, so foodies should be extra thrilled at this duty location. Of course you’ll want to get your fill of Maryland crab and seafood because it’s some of the best in the country. There’s nothing like spending a Sunday afternoon at an authentic crab shack, eating your fill of the ocean’s bounty while watching football and hanging with your friends. If you’re in the mood for a sweet treat, seek out a Smith Island cake. The cake is made from 8-10 thin layers of yellow cake with chocolate fudge frosting as a filler.

The Maryland Renaissance Festival runs from late August to the middle of October, in Crownsville (yes, that’s the real name!) just outside Annapolis.

The Howard Center for the Arts provides a venue for several performing and static arts, including the Columbia Orchestra in Howard County, a local well-regarded orchestra, the Black Box Theater, and an educational program including summer camps and adult and children’s classes.

Spook fans, don’t slip on checking out the Howard County Ghost Tour! Tours are available from April to November. Howard County has been settled for hundreds of years so the chances of seeing a ghost are high.

Housing in the National Capital Region can be very expensive, even when accounting for BAH.

All Soldiers E1-E4 and some E5s are required to live in the barracks. Call the Bachelor Housing Office as soon as you receive orders to discuss availability.

Corvias Property Management owns and manages Ft. Meade privatized housing. The company offers several neighborhoods, all with excellent amenities. Some are for specific ranks, while others are for all Soldiers and their families. Talk with the MHO for more information, including an estimate on wait times.

If you choose to live off-base, be mindful of commute times. The National Capital Region has some of the worst traffic in the country and driving to Maryland from Washington D.C. or Virginia can take a while. The MHO can offer guidance the best fit for you and your family.

Mil-kids living at Ft. Meade have several school options. First things first, speak with the School Liaison Officer to help choose the right school. Ask plenty of questions too to focus your search among the charter, magnet, private and public schools available. The very best thing to do is start your school search as soon as you receive orders. There are 5 Pre-K / elementary schools, 2 middle schools, and 1 high school located on post.

Speak with the SLO regarding enrollment requirements. Most often, you’ll need a current shot record, physical exam, and proof of residence. On-post schools are part of the Anne Arundel County Public School system.

What is Fort Meade known for?

Ft. Meade is known for being the cornerstone of the DoD intelligence community.

What military branch is Fort Meade?

Ft. Meade is primarily an Army installation, but other DoD branches are represented as well.

What is Fort Meade’s population?

Ft. Meade is enormous! The workforce hovers around 55,000 employees, making it the third-largest Army installation workforce in the U.S.

Are civilians allowed on Fort Meade?

Civilians are allowed on post but need to receive authorization at the Visitor’s Control Center first. A DoD ID card holder sponsor is required to gain access.