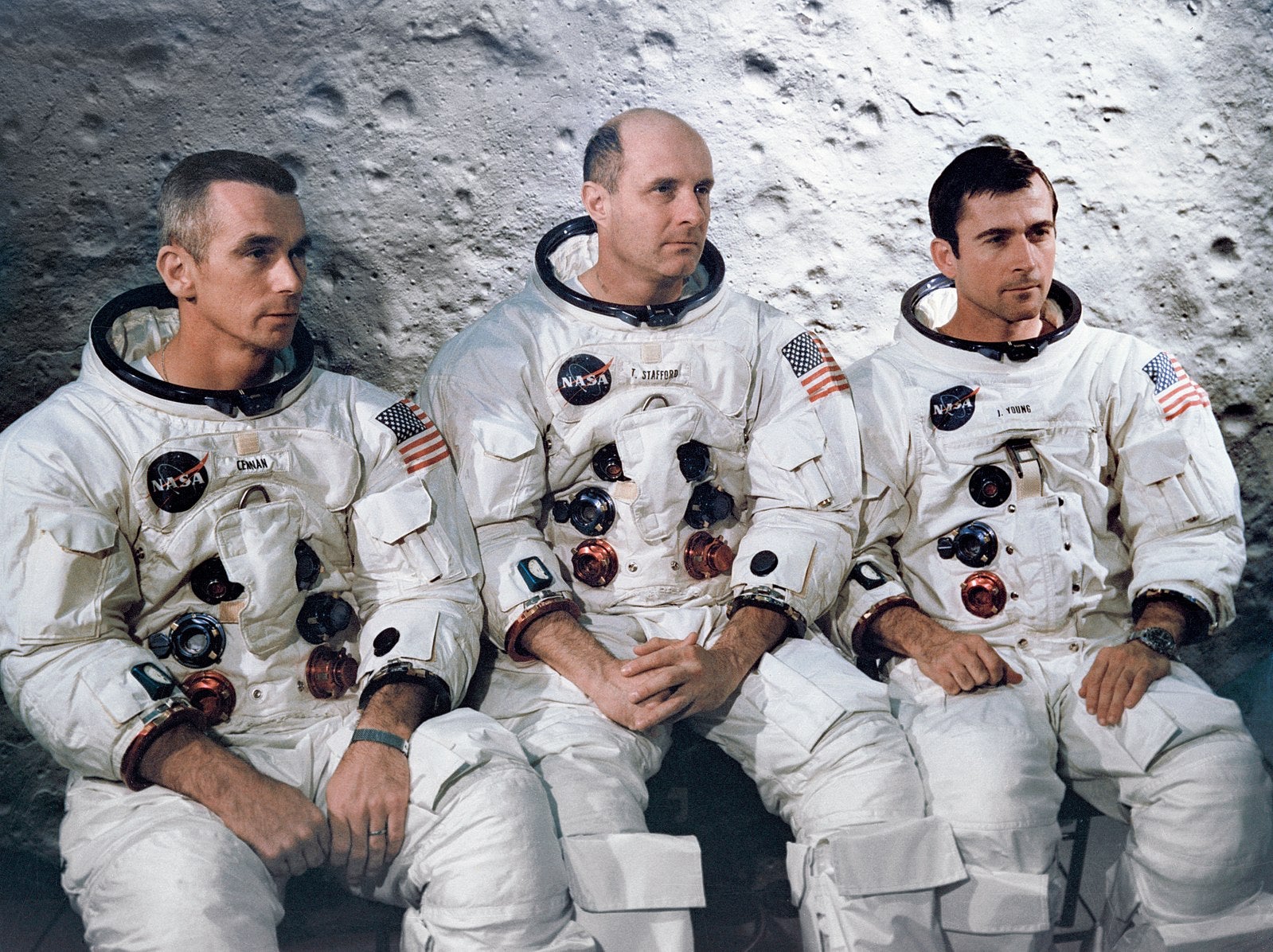 NASA astronauts are a brave, brilliant bunch. In the 1960s, they were also fearless to a point many of us might consider insanity. They had to be, because they were doing things no other human had ever done, and they had no idea what those things would be like when they did them – if the astronauts survived at all.

We all know the Apollo 11 mission was the spaceflight that landed humans on the moon for the first time, but Apollo 11 astronauts didn’t go into the mission totally unprepared or untrained. Astronauts Thomas Stafford, John Young, and Eugene Cernan made an orbit around the moon almost two months before the moon landing mission.

NASA, worried their daring and brilliant astronauts might attempt a moon landing, had to resort to extreme measures to keep them from jumping the space gun.

American spacecraft had orbited the moon before. The Apollo 8 mission of December 1968 was the first craft to leave low-earth orbit and the first to make an orbit of the moon. Apollo 10’s mission was a moon landing dress rehearsal and the three astronauts on board had almost everything they needed to do it.

Apollo 10 might have been the first moon landing mission, but NASA decided to test all of the equipment, procedures and their entire plan with the 10th mission instead. It was a good thing they did. Although no catastrophic failures occurred, there were some hiccups. The launch phase experienced issues, as did the initial moon orbit.

NASA wanted the crew of Apollo 10 to adhere to the planned mission for Apollo 11 as closely as it could, as well as photograph possible landing sites in the Sea of Tranquility. Since the mission was adhering to Apollo 11’s flight plan and was carrying everything necessary for lunar landing, administrators deliberated over whether or not to just go for it.

The crew certainly would have been game for an attempt. Cernan was a naval aviator, a fighter pilot with more than 5,000 hours under his belt. Young was a former Navy gunnery officer, naval aviator, and test pilot. Stafford served in the Army Infantry before he even graduated from high school, then moved to field artillery before attending the Naval Academy. When he graduated he became an Air Force fighter pilot, then test pilot. He literally wrote the book on being a test pilot.

These are the kind of guys you hire to fly faster than anyone has ever flown in a craft that has never been flown before, to complete a mission no one really knows is possible. Chance are, they would have landed on the moon – if they could. There was one problem: NASA shorted them on fuel.

According to author Craig Nelson’s book “Rocket Men,” Cernan once said: “A lot of people thought about the kind of people we were: ‘Don’t give those guys an opportunity to land, ’cause they might!’ So the ascent module, the part we lifted off the lunar surface with, was short-fueled. The fuel tanks weren’t full. So had we literally tried to land on the Moon, we couldn’t have gotten off.”

In the end, it was deemed prudent to make a full walkthrough of the moon landing plan, right up until the lunar landing mission’s powered descent. The module was heavier than the lunar module for the moon landing would be – and that was the reason NASA gave for not letting the Apollo 10 astronauts make a moon landing.