These 6 fictional characters were heavily influenced by their military experience 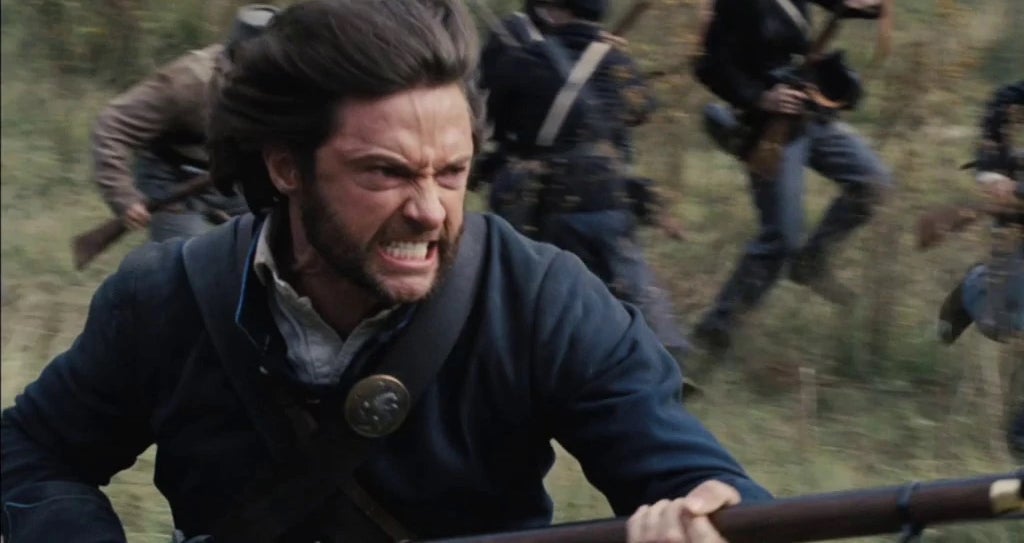 Hollywood does not always get the civilian-life side of the military right. The cliché of the wounded soldier telling his buddy that his last words to his wife are ‘I love you’ is overused for a reason. Most writers are not veterans and although their job is to create things no one has seen, a military background for a character is one of those things that can’t be BS’d. Veterans, especially recently or soon to be discharged, should look into a career in the film industry. I personally believe that only veterans can change the perception of the public. Two of the best tools we have for that are comedy and drama.

Saving Private Ryan is to action movies as Star Wars is to sci-fi. Both used special and practical effects to change the way both would be produced in the future and set the bar. I would even go so far as to admit that without Star Wars we would not have as advanced effects as we currently do. During the early 2010s the industry saw a lot of military subject matter experts arrive on the scene. Then, writers had access to veterans and veterans had more opportunities to break into the industry somehow. Not everyone deals with PTSD the same way. Not everyone, unfortunately, is proud of their service for one reason or another. The point is that with more veterans in the industry we can eliminate cliches and make more realistic characters. Spoiler alert if you have not seen at least the second season of each show.

These 6 fictional characters were heavily influenced by their military experience:

Frank Murphy is a Korean War veteran that struggles to adapt to civilian life. Frank had a dream to become a pilot but he was drafted before he got his chance to even try. This turn of fate, combined with a tough silent generation father, has made everyday tasks challenging. He loves his children but struggles with showing affection due to his parents never showing him any. You can’t teach what you don’t know but the virtue of Frank is that he doesn’t give up. He will yell and stomp around that life is unfair but in action, Frank always does what he needs to do for mission accomplishment: bringing home the bacon. His strong opinions as a veteran often come from left field that push away civilians from him. However, he is surround by people who love him and just like real life, a strong support system from friends, family, employment, mean all the difference.

Downton Abbey is a historically accurate period series that shows how the war affected people from different social classes. Thomas Barrow struggles with his service and finds shame in what he did to escape the trenches. He goes through great pains to avoid speaking of the war and when he does it has to be someone he can truly confide in. Some joined the Army to escape servitude, others joined out of patriotism, and others joined because their social class demands it. One thing we take for granted in the U.S. military is that our officers can come from any walk of life if they can prove they are capable of leading troops. Officers were required to come from higher social stations because it is believed that only a gentlemen of the correct pedigree could lead the majesty’s troops. World War I was old tactics with new weapons that turned the battlefield into an almost literal meat grinder.

Before Post-Traumatic Stress Disorder had it’s clinical name, it was called Shellshock. Oxford Language dictionary describes Shellshock as ‘psychological disturbance caused by prolonged exposure to active warfare, especially being under bombardment’. The condition was new and misunderstood as cowardice. Military officials and those who were on the front lines know that is not the case. Civilians of the era were not as open minded and much more locked into stereotypes of the day. We take for granted the ability to access information at an instant with today’s technology. The engines of destruction used during the first World War were unimaginable to the average conscripted troop from the countryside.

The second season of the show dives deep into the old world prejudices of social class, race, sexual preference, and what the role of a man or woman was during that age. The story of Thomas Barrow in particular is interesting because he struggles with all of these issues as well. In the clip below, he has no problem judging others for their Shellshock yet will avoid the subject of how he managed to return from the front lines. Additionally, the rest of the household has others join the war and have different experiences as enlisted or officers that parallel their civilian social classes with one exception: combat.

Combat is the great equalizer of social issues between those who share experiences in war. Thomas is a homosexual in the army when even uttering the word was taboo at the time. He struggles with his station as a servant with dreams of a leadership position but he must wrestle with his past and current lifestyle in absolute secrecy. In WWI, just like today, one can rise above the circumstances of one’s birth through meritorious action in war. Returning veterans were shown respect that was absent in their pre-war civilian lives. WWI allowed the characters to seen a people by their social superiors of the day. The dynamic changes between the social classes after the war as veterans no longer are willing to take their social superior’s sh*t and call them out when they feel slighted. The breaking of decorum and traditions and adapting to the new world is the biggest motif of the series.

Donald Draper, played by John Hamm, is the protagonist of Mad Men. In the very first episode Draper is put off whenever a civilian who is lower on the corporate totem pole mentions his experience in the war. By his very nature he is secretive about his service history. The clip below does not spoil anything in the series specifically other than how he is not who he says he is –covered in episode one. His experience in the Korean War is also marred with shame and guilt. Beneath his tough guy exterior is a scared private trying to find his way in the world.

Forrest Gump is a classic film based on the 1986 book by the same name. The fictional character Forrest is thrust into real historical events that provide drama and comedic relief. If you haven’t seen this movie, its almost an unofficial requirement to have seen it at least once. As a civilian watching the movie, it will also help make sense of some of the references and inside jokes troops make in other movies or interviews. There is only one thing about this movie that bothers me and that is that Forrest, on paper, would have been an officer because he graduated college. Since he went enlisted he should have also been at a higher rank than his peers at boot camp but I digress, at least his Drill Sergeant acknowledged that fact.

Let’s be honest: Chris Pratt won America’s hearts and minds on Parks and Recreation. But his role as Owen Grady in Jurassic World was also fun to watch. When I saw the movie in theaters, the Navy joke got some good laughs — it was really well timed in the film to break the tension of the massacre happening at the gift shop.

This montage is one of the best origin introductions for a protagonist and antagonist of all time. Some of the dialogue in the X-Men franchise is questionable but at least they wrote his character right. His origin of being a combat veteran for the last 100 years during America’s greatest conflicts explains why he is good at hand to hand combat, shooting, and his natural leadership when commanding other mutants. This subtle additional nod to his veteran past makes Wolverine more interesting without over selling the veteran aspect of it. Admit it, everyone has daydreamed about having superpowers in the military. Who wouldn’t want real life cheat codes so they could dominate the battlefield without the risk of being KIA? Not only that but can we all take a moment to reflect that Hugh Jackman has played Wolverine flawlessly for almost two decades? How would your time in the military have changed if you had superpowers with your past MOS?