'Ten Weeks' Episode 2: The Gas Chamber - We Are The Mighty 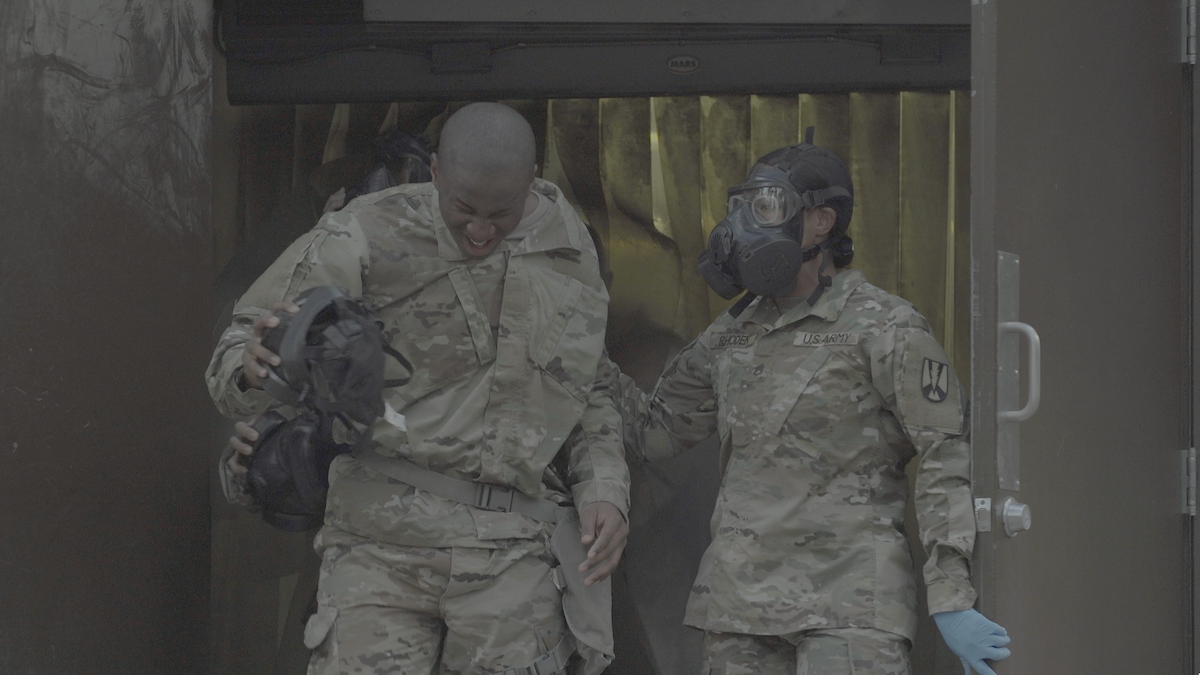 The United States Army gave We Are The Mighty unprecedented access to Army Basic Training. Fondly known as “boot camp” to those who have survived, basic training is the first thing recruits will experience when they enlist. The 10-week program carries recruits through three increasingly difficult phases and covers everything from dress and appearance, physical fitness, Chemical Radioactive Biological and Nuclear (CBRN) readiness, to weapons training.

“I don’t want my son to have to struggle like we did,” Stormy Gideons, one of the recruits, shared. Some of the recruits wrestle with failing their first ACFT — if they fail their second one, they’ll be “recycled” or sent back to Day One.

But they don’t have time to dwell on it because they’re headed to the gas chamber.

“The purpose of this exercise is to teach you that if you’re in a combat scenario you know your mask will work,” boomed a drill sergeant. Adversaries like North Korea still cling to an arsenal of chemical and biological weapons, so our military trains for environments where WMDs have been deployed.

Next up: The combat obstacle course and “The Wall” — both designed to activate fear in order to overcome it. The reward for facing these challenges was the ability to call home. Veterans know how much letters and calls from loved ones mean during training and deployments. Nearly every service member can tell you that their choice to wear the uniform always comes down to the people we want to protect.

If the recruits are already getting gassed during the second week, you can just imagine what the next two months will entail.