'Ten Weeks' Episode 3: The injury count rises and teamwork is challenged - We Are The Mighty 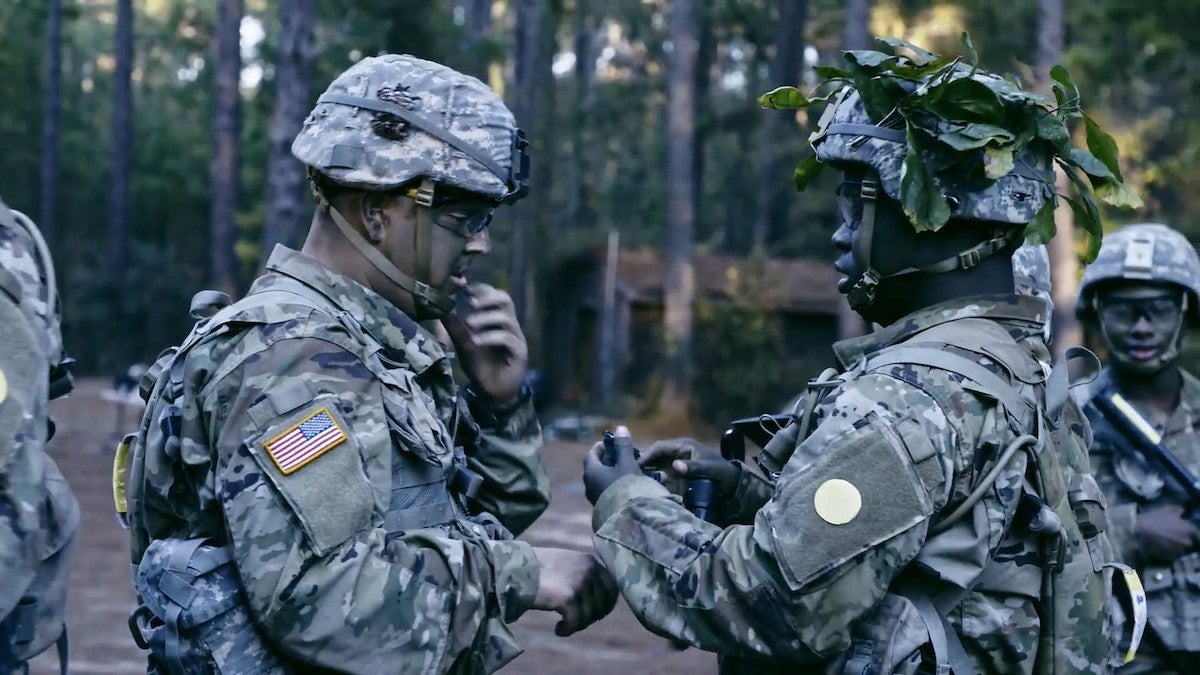 Week Three is all about teamwork. Recruits will simulate battle in the Teamwork Development Course (TDC) where the recruits must work together to solve complex problems.

“Basic Training is really one big melting pot,” observed Drill Sgt Launder. “They have to get used to working together with people from different backgrounds. It’s a lot of different personalities and they now have to work together and figure out how to help the team.”

The TDC includes scenarios where leaders have to step up and recruits have to act as a team. One of the obstacles is a “broken bridge” — it’s designed to bring out personalities. Even failure can result in important lessons learned. After the exercise, the recruits gather to debrief what went wrong.

“It’s the first time I’m realizing that it’s life or death,” shared Stormy Gideons. If one person makes a mistake in a mine-field, it could kill the entire unit. These training scenarios are deadly serious for soldiers.

By now, the recruits are bonding with their battle buddies and leaders are beginning to rise as the recruits curl up in their sleeping bags — with only their weapons to cuddle.

Injuries are starting to pile up and one recruit may have to go home.