Navy vet Zach McClanahan: From GITMO to world-renowned DJ - We Are The Mighty 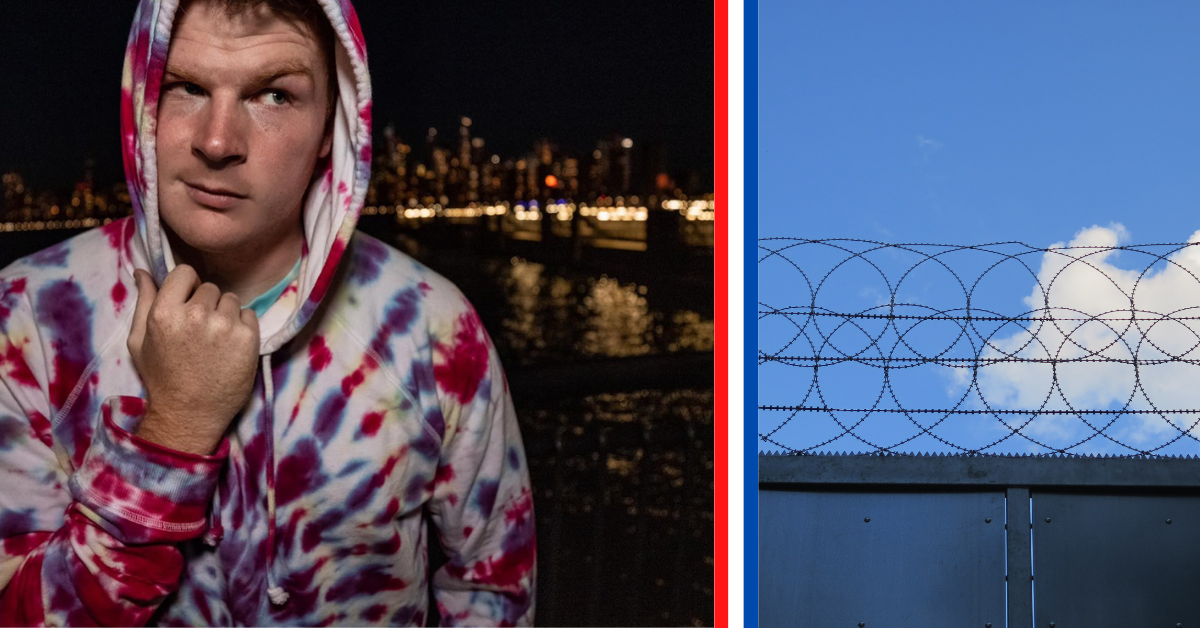 When Zach McClanahan was a farm kid growing up in rural Missouri, a career in music or serving in the Navy were never in the plans.

At just 5 years old, he lost his mom. “I don’t think I ever really recovered from her death. I did really poorly in school after that and didn’t have much of a work ethic,” he explained.

Fast forward to 9/11, McClanahan remembers watching the towers fall with his family all glued to the TV. But while he thought it was sad, the urge to put on a uniform wasn’t a thought. It was during his senior year of high school that he made the decision to enlist in the Navy. “Honestly, I didn’t want to go over to Iraq or Afghanistan. I figured I’d be on a ship and get to see the world,” he shared.

His rating or MOS was radar operator. “I was expecting to get orders to ship and I had been waiting for about three months, just on hold, which is where you basically just cleaned barracks all day. Which is not the worst thing in the world. It’s just really bad for a highly motivated individual because I joined the Navy to get my shit together,” he laughed. McClanahan got his orders, finally.

“Suddenly I’m training to be a prison guard and realizing things just got very real,” he said. “Honestly, I was scared. I was 18 and joined the Navy to avoid the war and now I am about to be essentially surrounded by it.”

Though it is known as Gitmo today, the United States has actually had rights to the area in Cuba since after the Spanish-American War. Eventually, we built the Naval Base where the prison was erected in the wake of the 9/11 attacks to house suspected terrorists during the War on Terror. Shortly after being built, it began receiving its first al-Qaeda detainees.

“I hated it, I didn’t want to be there. The guy we did training with just had this look on his face almost as if he didn’t care if he was dead or alive,” McClanahan shared. “Over the next year, I became a version of him.”

Initially assigned to minimum security, he was moved to medium security after three months and became part of the “forceful extraction team”. One of the detainees he pulled? Khalid Sheikh Mohammed, one of the alleged 9/11 co-conspirators.

“He starts telling us the story one day about how America’s a wolf and they’re the sheep. And, I listened to all of it and the way he told it was a compelling story. This guy was educated in England, he’s got a formal education and he’s smart enough to manipulate people,” he explained. “Obviously, I’m not swayed by it. But for half a second, you think, ‘Oh wow, maybe he’s got a point’ and then you realize this is how they recruit people so easily.”

His time at Gitmo was filled with challenging interactions with alleged terrorists, frequent raining toilet water (the prisoners would plug the toilets purposely) and even had feces thrown at him. “I had this fantasy of when I left the island I was going to flip it off and feel like I used to feel before I got there and I was going to be happy,” McClanahan said. “But I didn’t feel anything. That was the moment when looking back where I realized I wasn’t going to get over it for a long time.”

Assigned to the USS Boone after Gitmo, he found himself getting into trouble and eventually making the decision to leave the Navy. “I took my honorable discharge and got the f*** out of there,” he admitted.

School was never something he enjoyed but McClanahan took his G.I. Bill to Pace University in New York. It was there that he found a core group of “crazy veteran friends” and even started to explore a newfound love of music.

“Two of my fraternity brothers who hadn’t been in the military were DJs and I had fallen in love with electronic music back when I was on the ship. I used to go to all of the festivals,” he said. “But the music vibe I was listening to started to change and I didn’t like it. So, I decided to make my own.”

It should be noted, he hated music class during his early school years. Pursuing it was never a thought, until it was all he could think about. “I just kept trying new things and learning everything I could,” he added.

All that work paid off. To date, his music has over 3 million streams on Spotify, 1.4 million listeners in over 179 countries. In 2022, he played in Amsterdam for the Amsterdam Dance Event.

McClanahan credits his time in therapy with Head Strong for being able to even find music as a tool for working through his trauma and PTSD. “I think the music was actually the consequence of my healing journey,” he said.

Volunteering for Team Rubicon has also been a big part of it, too.

As for how he moves forward after Gitmo, McClanahan is all about sitting with the experiences he’s had. “I think most veterans that you hear talk about their service seem to always talk about the best parts of their service. They don’t talk about the shitty things that happen to them and I embrace those instead,” he explained.

His DJ name? Guantamo Bae. In between international gigs and making new music, he’s finishing up his MBA. “Maybe I’ll get a PhD one day so I can add that,” McClanahan smiled.

To learn more about this kick-ass DJ and Navy veteran, follow him on Instagram and check out his music on Spotify.