How these paratroopers came to be called ‘The Rock Regiment’ 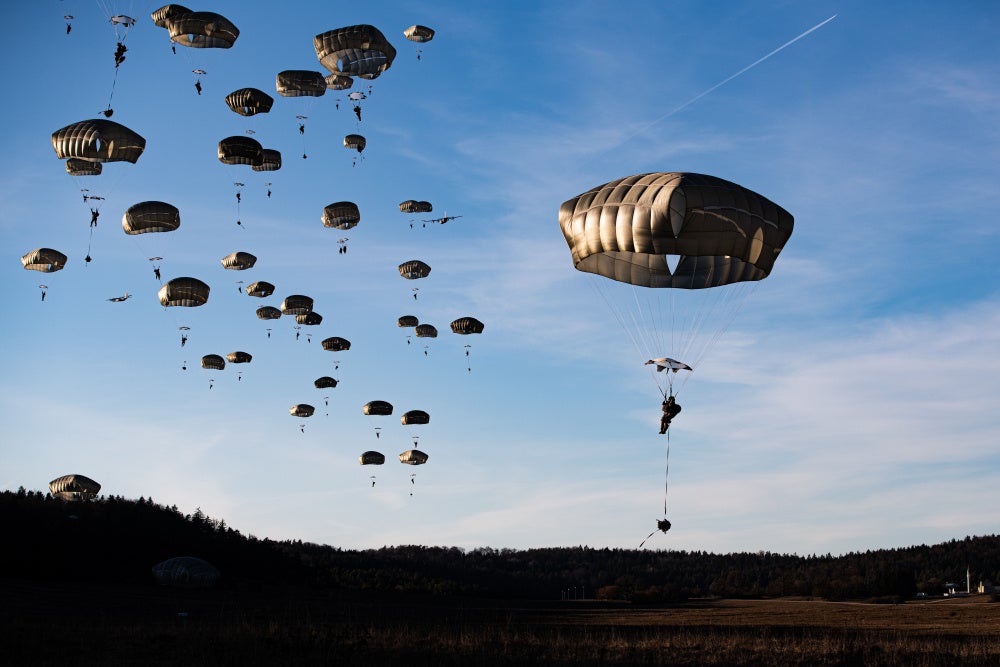 The 503rd Parachute Infantry Regiment is unique in the annals of airborne history. It was one of only two parachute regiments to fight in the Pacific during World War II and the only one still active today.

Throughout the war in the Pacific, the 503rd fought independently, first as a regiment and then as a regimental combat team.

The 503rd then joined in the effort to liberate the Philippines from the Japanese landing on the island of Leyte.

A combat jump onto the island of Mindoro was called off due to inadequate launch-capable airfields. Instead, the 503rd conducted an amphibious assault landing alongside the 19th Infantry Regiment. After two days of fighting, the small island was secured.

The 503rd then moved on to prepare for their next challenge: the assault of the fortress island of Corregidor.

The island of Corregidor, known as “The Rock” to the Americans, posed serious challenges for an assaulting force.

For one, the island had formidable defenses and a strong garrison. While the Americans had intimate knowledge of the layout of the island (they did build it, after all), they knew how difficult it would be to overtake.

Second, the island was rather small and the only suitable area for a parachute drop was on a portion known as “Topside.” This meant that the paratroopers of the 503rd would literally be landing right on top of the Japanese. To make matters worse, any misdrops – a common occurrence among World War II combat jumps – would put the paratroopers right in the ocean.

With all this in mind, the men of the 503rd Regimental Combat Team boarded aircraft early on the morning of Feb. 16, 1945 and headed towards The Rock.

Also heading towards Corregidor was the 3rd Battalion, 34th Infantry Regiment that would conduct a simultaneous, amphibious assault of the island in coordination with the airborne operation.

At 0830, after several hours or naval and aerial bombardment, the first paratroopers exited aircraft over the two drop zones.

Due to the exceedingly small and narrow drop zones, the aircraft were unable to drop a full stick at one time and had to fly in two single-file columns. This meant that the aircraft had to wheel around and make multiple passes in order to successfully put their loads of paratroopers on The Rock.

To make matters worse, high winds over the drop zone blew the descending paratroopers off course and over the cliffs of the island. PT boats patrolling the area would later rescue nine paratroopers stranded on the island’s cliffs.

Eventually, the jumpmasters discovered that only at a height of 400 feet and with a five second delay upon entering the drop zone, could they successfully land the stick on target.

Once they were on target however, their problems had just begun.

Thanks to the bombardment, the Japanese took shelter in the caves and the element of surprise was retained. However, several paratroopers were killed when they landed right on top of Japanese positions.

Further complicating things, the plan called for three lifts to get all of the Regimental Combat Team onto the island. Multiple lifts over such small drop zones meant the second lift was jumping into already crowded areas. Some troopers reported that they were more likely to be hit by a fellow jumper or door bundle coming in than by the Japanese.

Although the landings were relatively unopposed, the action soon picked up, especially around an area known as Wheeler Point.

Shortly after landing in the area, Pvt. Lloyd McCarter conducted the first of three heroic actions on The Rock which would earn him the Medal of Honor.

When his unit came under fire from a Japanese machine gun, McCarter single-handedly rushed 30 yards across the bullet-swept area and destroyed the emplacement with hand grenades.

Two days later, he killed six snipers by himself.

On the night of Feb. 18, McCarter was once again in the thick of the action. In what would come to be known as the Battle of Banzai Point, McCarter attacked the Japanese by himself.

With his unit dealing with a full-on frontal assault by a Japanese Special Landing Force, McCarter noticed a force attempting to flank his position. He moved to an exposed position and engaged them. When his Thompson became unserviceable, he returned to friendly lines to retrieve a BAR. When that became too hot, he discarded it for an M1 Garand. He fired that weapon until the operating rod broke.

As dawn broke and the attack was dissipating, McCarter was shot through the chest. His comrades retrieved him and he was evacuated from the island, credited with killing over 30 Japanese during the attack.

The battle for The Rock would last another eight days before the island was declared secure. With the help of the 34th Infantry, the 503rd was able to seal off or expel the Japanese from the complex of caves and tunnels running throughout Corregidor.

The 503rd suffered some 169 men killed in action and another 531 wounded. The 34th suffered 38 killed and 153 wounded. The combined force, known as The Rock Force, inflicted well over 6,000 casualties on the Japanese defenders.

For their daring assault on the island, the 503rd Parachute Infantry Regiment was awarded a Presidential Unit Citation and has henceforth been known as “The Rock Regiment.”

General Douglas MacArthur returned to the island on March 7 and ordered the American flag hoisted over the island.