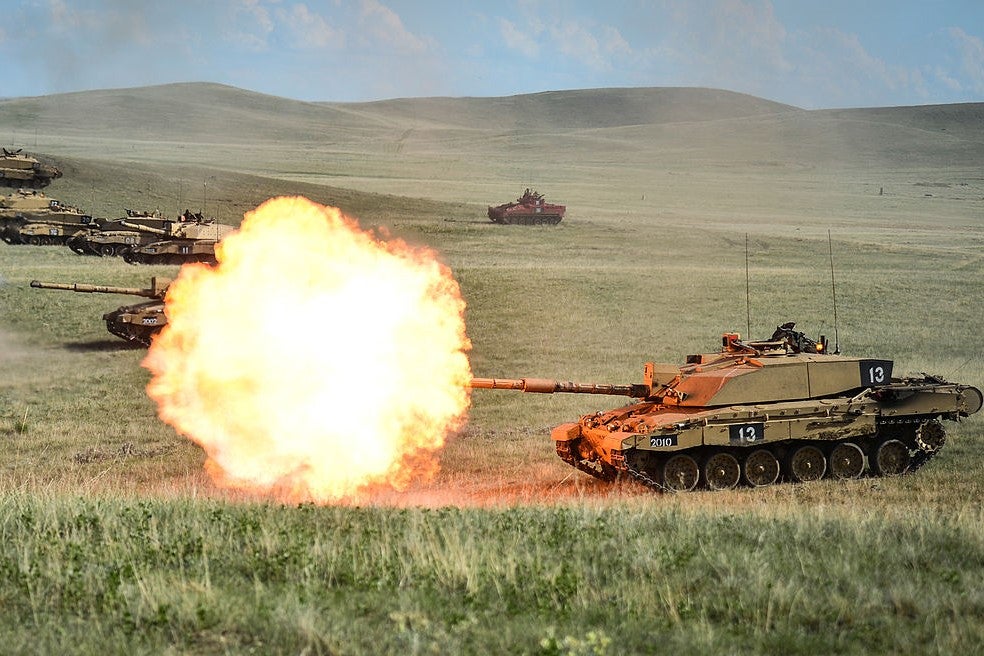 Anyone who says “they don’t make ‘em like they used to” has clearly never seen a Challenger 2 tank in action. The Challenger was first introduced in 1993 and has seen action in Bosnia, Kosovo and the Iraq War. In all that time, not one was ever lost to the enemy. This is a tank designed to protect its crew.

The Challenger 2 main battle tank is a direct upgrade from the Challenger 1, introduced just ten years before. Instead of being built by the government of the United Kingdom like its predecessor, the Challenger 2 was built by privately-owned companies, as if you needed more proof that capitalism is better than socialism.

Differences between the two may not be apparent at first sight, but they’re there. The upgraded Challenger 2 main battle tank has an improved gun sight, improved ceramic composite armor and a steel underbelly lined with more armor as part of a “streetfighter” upgrade, just to name a few.

That armor served it well during its combat debut in 2003. By 2001, the Challenger 1 had been completely replaced by the Challenger 2. When the UK went to war in Iraq alongside the United States, it was finally able to bring its new tank to a fight. They were worth every pound and penny.

Iraqi dictator Saddam Hussein probably wished he had a couple hundred of these tanks, because the British laid waste to the tanks he did have. A team of special operators from the British 40 Commando cleared the way to Basra with the help of 12 Challenger 2 tanks from the Royal Scots Dragoon Guards. The Challengers knocked out 14 Russian-built T-54 and T-55 tanks in the fighting while suffering only two damaged.

In fact, no Challenger tanks were ever lost to the enemy during the entire Iraq War, although some should have been. In 2006, a British Challenger was hit by at least 15 RPGs during a fight near the Iraqi city of al-Amarah. During the battle, one of the RPGs penetrated the under armor of the tank. The driver lost a foot in the blast, but was able to withdraw the tank to safety.

The next year, an improvised explosive device also broke through the tank’s underbelly, wounding another driver, who lost both legs. The tank and the rest of the crew were just fine and the Ministry of Defense upgraded the tank’s lower armor to further protect the crews from this kind of attack.

On only one occasion was a Challenger tank destroyed in combat, and it came at the hands of another Challenger in a friendly fire incident. During the fight for Basra in 2003, one Challenger mistakenly targeted friendly British forces while using its thermal guidance system. A high-explosive round hit the tank’s open hatch, starting a fire that spread to its ammunition stores. The ammunition detonated, destroying the tank from the inside.

Despite the tragic loss of life of the crews and the injuries sustained by Challenger drivers in the Iraq War, the survivability of a Challenger tank is almost unparalleled anywhere else in the world. It’s no wonder that the British government decided to upgrade more than a hundred Challenger 2 tanks, for what will soon become the Challenger 3.