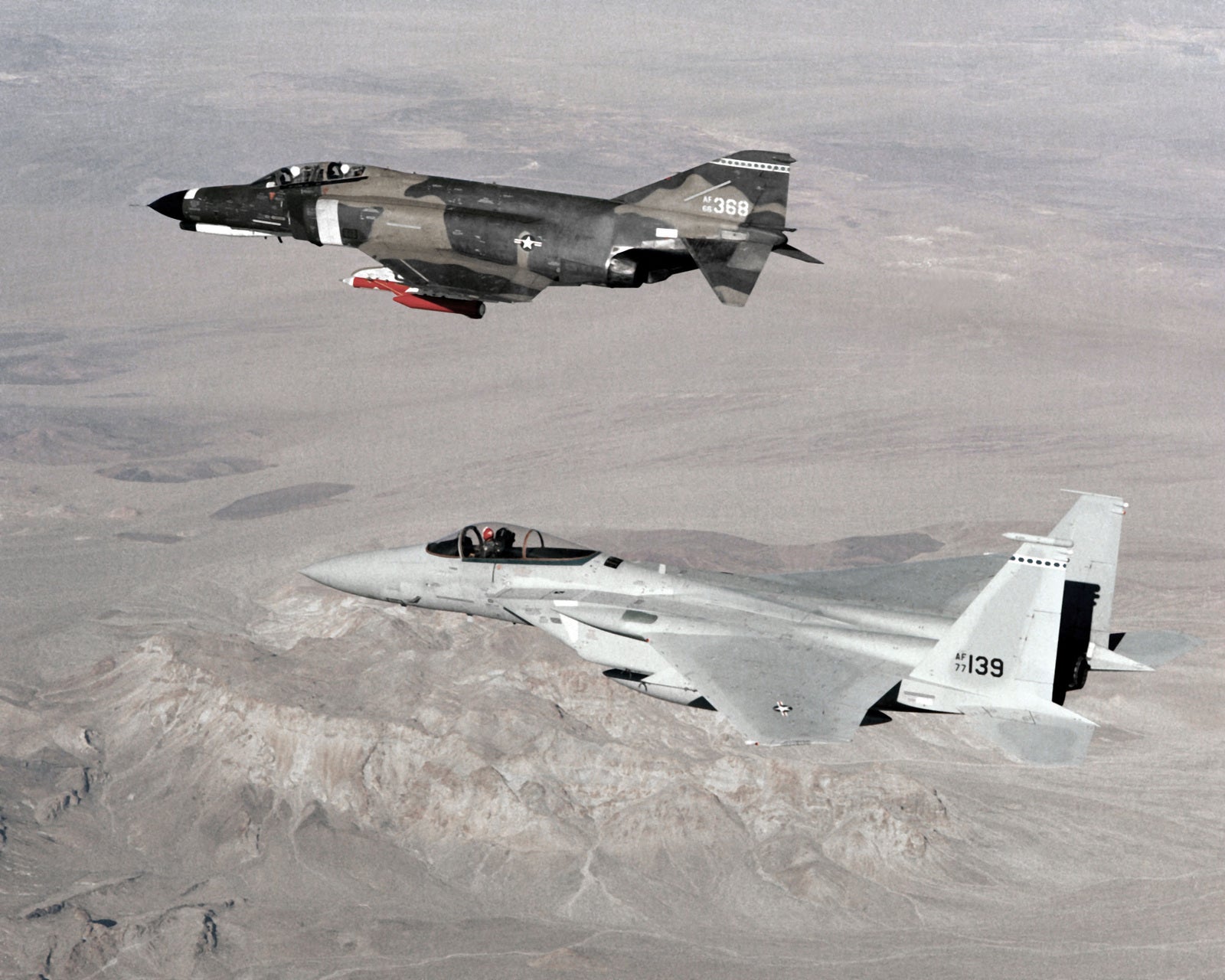 An air-to-air left side view of an F-4 Phantom II aircraft in formation with an F-15 Eagle aircraft. The F-4 has a tow target mounted under its left wing.

The distinctive design of the McDonnell Douglas F-4 is most commonly associated with the Vietnam War. But when Operation Desert Storm launched in February 1991, the Air Force needed an aircraft for Suppression of Enemy Air Defenses.

It looked to its old reliable weapon, the F-4G Wild Weasel.

For those who don’t know, the F-4 Phantom II earned the nickname ‘Wild Weasel’ during the Vietnam War, when its job was to flush hidden surface-to-air missile sites by purposely getting targeted by their radar tracking systems, tracing the radar to its source and then helping destroy the SAM battery.

Not surprisingly, the motto of the Wild Weasels became “YGBSM,” short for “You Gotta Be S***ting Me.”

By the time of the Gulf War in 1991, the Air Force wasn’t flying the same F-4 they flew in Vietnam, not exactly. The F-4G was a rebuilt version of the F-4E, specially designed for tracking enemy radar and SAM batteries.

American air power focused on knocking out Iraqi SAM positions all over the country in order to give coalition aircraft total superiority above 10,000 feet.

One of the primary means for destroying Iraqi SAM missile sites was the AGM-88 High-Speed Anti-Radiation Missile (HARM) that flies twice the speed of sound, using a specialized targeting system that follows radar signals. By targeting the F-4G, Iraqis would be ensuring their own destruction.

During the first four hours of the air war of Operation Desert Storm, American F-4G Wild Weasels reported more than 100 radar pings from Iraqi SAM sites. That number soon became 15. And soon after, it was only “sporadic.”

When a pilot fires a HARM, they announce it over the radio using the phrase “magnum.” It’s estimated that “magnum” was called on the radio 200 times simultaneously during the first hours of the Gulf War.

After the first few days, Air Force pilots who got hit from enemy radar systems only had to call the word “magnum” over the radio, even without actually firing the HARM, for the enemy to quickly shut down their weapons completely.

The air war over Iraq was partially successful because 95% of Iraqi early warning radar was either knocked out or voluntarily shut off from the threat of a Wild Weasel attack. Though the U.S. controlled the skies within 24 hours of the start of Desert Storm, the Air Force still launched 116,000 sorties over 42 days in the effort to expel Saddam Hussein’s Iraqi Army from Kuwait.