WATCH: 7 videos of A-10s thoroughly messing up the enemy 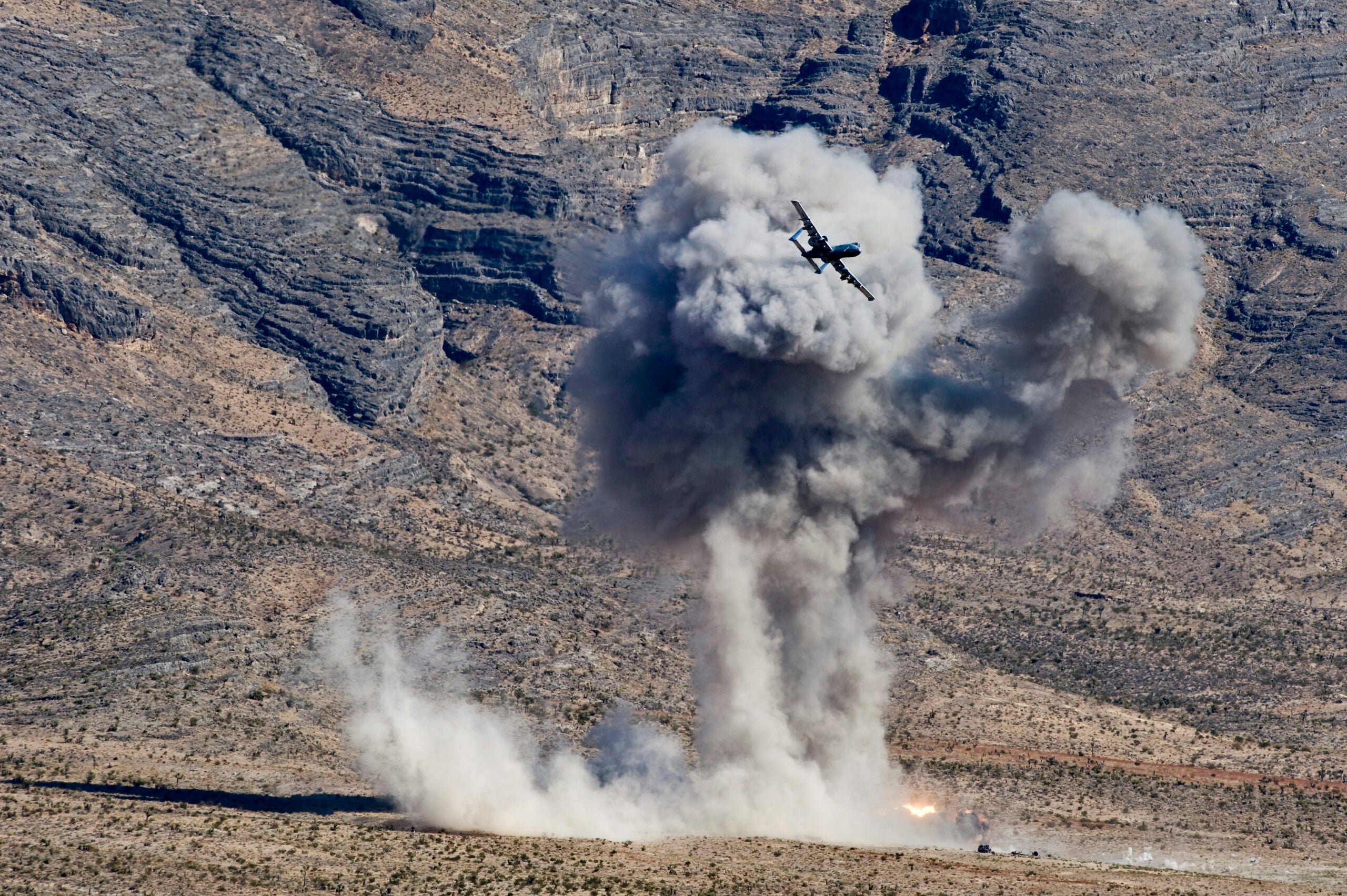 If you’ve ever wondered what it sounds like for an enemy soiling themselves in fear, it sounds exactly like the Gatling gun of an A-10. The infantry likes to give other military occupational specialties flak but pilots, especially A-10 pilots, always get instant respect. There just something about the way it strikes fear into the heart of the enemy… Maybe it’s the sound it makes when it flies by or the Brrrrt that means “you’re f’k’d” in every language, but it is a universally adored aircraft across all branches. Here are 7 videos about ‘The Hand of God’ doing God’s work.

One of my favorite descriptions that I’ve heard of the A-10 is ‘its’ a Gatling gun with an aircraft attachment.’ I believe that is a fair assessment. I mean look at those freedom craters on that vehicle. They’re easily 5x bigger than a basketball. Those insurgents got ‘Murica’d at the rate of 4,000 rounds per minute from its 30MM gun. General Electric wasn’t messing around when they designed the anti-communist GAU 8/A cannon capable of holding 1,150 rounds powered by hydraulic systems. The vehicle was stopped after the first pass but the enemies of democracy always deserve a good double tap. You know, for reasons.

The A-10 was designed as a low flying, close air support tank killer capable of safeguarding ground troops during the cold war. An important characteristic of this aircraft is that it was also designed to take a beating due to it being so close to the ground. It is not unusual to see A-10 return to base with battle scars of battles won. Surprisingly, the aircraft is cheap to manufacture relative to other aircraft and this is by design due to its replicable parts.

A-10 training with a FAC

The A-10 is best used by a Forward Air Controller also known as a FAC. The FAC, whom is essentially a one-person control tower, has the ability to call in all the flavors of boom from Uncle Sam’s arsenal of hate. While infantrymen can call in targets and provide situational awareness for the pilot, it works best with a FAC.

It is capable of soloing the enemy in Afghanistan

Another huge advantage of the A-10 is that the cost per hour is estimated around $5k to $6k per hour compared to the F-35A that costs roughly $28k per hour. Keeping the aircraft in the air for the longest amount of time could be the difference between the life and death of troops on the ground. In this case, it was exactly that efficiency that saved the lives of those 90 coalition troops from the cowardly ambush of insurgents.

A-10 deletes insurgent ambush in Afghanistan

The importance of having eyes on the ground is paramount when establishing positive identification (PID). The worst cardinal sin one can do in combat is be guilty of blue on blue friendly fire. With the A-10 flying so close between friends and foe, pilots rely on the eyes on the ground to confirm targets. However, once PID has been established the enemy is yeeted back to their creator.

A-10 vs barricaded enemy in Korengal Valley

Nothing is going to save the enemies of freedom from patriotic wrath. Not concrete, not reenforced steel, not thoughts and prayers. The 30x173MM round in going through your walls, through your chest, and back out your other wall.