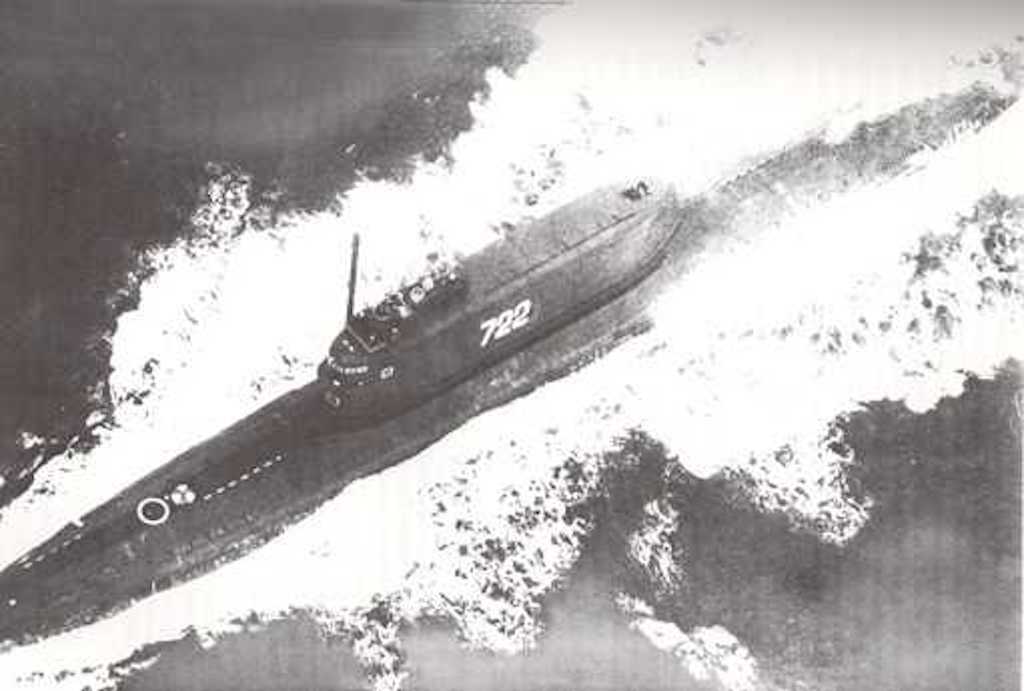 In March 1968, one of the Soviet Union’s most powerful vessels, a diesel-electric ballistic missile submarine carrying one megaton nuclear weapons, suddenly sank in the Pacific Ocean. K-129 was on a combat patrol, ready to respond to any American first strike, when it failed to check in with Moscow.

When the submarine was finally found on the ocean floor, it was nowhere near its intended patrol route. Instead, K-129 was found just northwest of the Hawaiian island of Oahu. What the Soviet submarine was doing there and why has been a subject of debate since it was found.

Many believe the crew had been taken over by KGB operatives and was on its way to start World War III with the United States.

Like American ballistic missile submarines, the Soviet Union’s submarine force would disappear below the waves, conducting their missions in secret and standing ready to respond to aggression from the other superpower. In fact, it was standard policy for U.S. Navy submarines to tail Soviet subs as they left bases on the Pacific Ocean.

In February 1968, K-129 set out from its home port in Kamchatka and dove into deep water. It was the vessel’s third combat patrol in two years, and was expected to be uneventful. By mid-March, the ship had missed two consecutive planned check-ins with Soviet naval authorities.

The USSR began to grow concerned and launched an all-out effort to find K-129, using air, surface, and underwater rescue assets. When the Soviets mobilized with such a force, the Americans were likely to notice – and they did. The immediately recognized a potential submarine loss and kept a watchful eye on the Soviets.

In the meantime, the U.S. began a search effort of its own, and it’s a good thing they did. The USSR declared the boat lost, but the Americans and their superior technology located the wreck of K-129. President Richard Nixon authorized the CIA and billionaire Howard Hughes to launch a historic effort to raise K-129 from a depth of 16,000 feet.

Their cover was manganese mining exploration, but the Soviets weren’t fooled. The U.S. has never completely divulged what it pulled up, but it was enough to make conspiracy theorists go wild. Using the facts available from the USSR and looking at the geopolitical situation at the time, many believe the USSR was trying to start a war – between the United States and China.

There are three important factors that led to this theory. The first and foremost is the question of why K-129 was found where it was. According to both Soviet and American officials, K-129 was found in a place it definitely did not belong.

The second factor is the existence of 11 extra crew members on the ship’s official complement. Many of the K-129 sailors were new, but the complement never describes the roles of the extra men aboard. Finally, there’s the question of what happened to the sub.

One of the possible reasons for the loss of K-129  was an explosion from inside the vessel. The theory says that K-129 was taken over by the 11 extra men, who were actually KGB operatives. They forced the boat’s skipper to sail in an area he knew he should not be, but he obliged, unsure of their goal.

As for what happened to sink the sub, when the KGB ordered him to fire his ballistic missiles, the theory says, he initiated a failsafe sequence that appeared to be a launch but instead destroyed the missile launchers and thus the submarine, killing everyone aboard. Their position in the Pacific Ocean would make it appear as if the missiles had come from China.

If the theory is true, then one Soviet captain prevented a possible World War III. President Nixon would soon open relations between China and the U.S., making such a provocation unlikely and ending any Soviet effort to start a war between the two powers.