A US Navy destroyer once won a surface engagement with potatoes 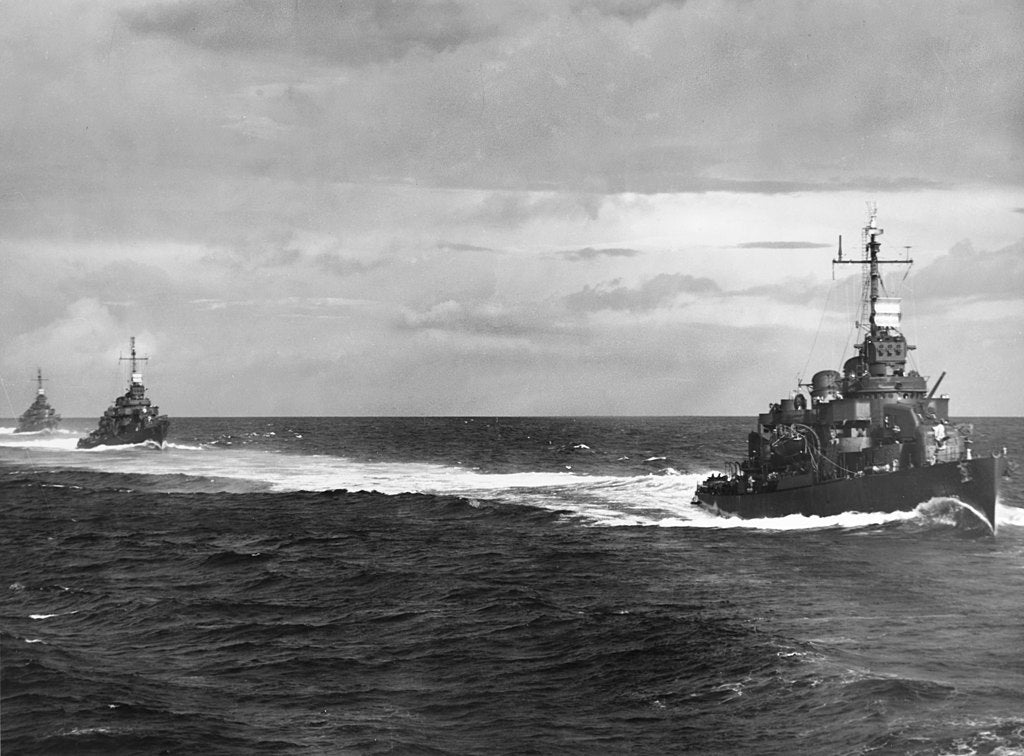 In 1943, the USS O’Bannon was on patrol near the Solomon Islands when it came in contact with a Japanese submarine. This encounter would end with one of the greatest sea stories in U.S. naval history, but like all sea stories, no one knows how true it actually is. The O’Bannon was a legendary navy destroyer, the only ship to escape the naval battle off of Guadalcanal unharmed while still sinking a Japanese battleship. In April 1943, still high off the victory in the Guadalcanal campaign, the destroyer was a lone ship off the Solomons.

Upon encountering the enemy submarine, the Americans opened fire immediately, destroying the boat’s conning tower and preventing it from escaping beneath the waves of the Pacific Ocean. The submarine’s skipper wouldn’t be cowed into attempting to flee the area, however. The sub pulled up right alongside O’Bannon and began firing with small arms and trying to bring its deck gun to bear.

Up close was initially where the O’Bannon’s own captain wanted to be. At first he ordered the crew to ram the submarine and send it to the bottom, but realizing the sub might be a minelayer, he changed his mind and the two ships continued the fight side by side.

With the enemy vessel so close, the O’Bannon was unable to fire on the boat using its own guns. The crew of the destroyer decided to throw everything they could at the enemy – literally. This meant going below into the holds and bringing up potatoes from a storage locker and chucking them at the Japanese. They didn’t know how effective the effort actually was. The Japanese were said to have panicked and thrown their guns overboard.

What actually happened aboard both ships is something up for debate, even to this day. Historians contend that it’s too weird a sea story to have just been made up, and the skipper of the O’Bannon also contends the story is true, but with some details missing.

Commander Donald MacDonald (his real name) later said the submarine was so close, the ship’s cook bet another crew member that he could hit it with a potato, but maintains no potatoes were actually thrown at the enemy. Once the media got hold of the story, he contends, the story became a legend.

Another account of the interaction between the two ships says that the potatoes were thrown by the crew of the O’Bannon, and that the Japanese crewmembers thought the potatoes were hand grenades and that’s why they retreated back to the sub to escape. Once below, the boat submerged and, without a conning tower, quickly filled with water and sank.

One more account says the Japanese retreated into their boat for the same reason, but that the submarine didn’t try to submerge or escape, the potatoes just bought the crew of the O’Bannon time to ready depth charges for the appropriate depth and position, and the crew sank the enemy using the weapons designed to do just that.

Some also say the Americans simply threw the potatoes because the enemy was there, the potatoes were there, and there was nothing else to do but get out some aggression toward the people trying to kill them.

No matter what the real truth of the story may be, it was immortalized forever on a plaque housed at the Maine Maritime Museum until 1970, when another ship designated O’Bannon was to be launched and it would be housed aboard that ship until the time came to move it. But when the new O’Bannon was launched, the plaque was nowhere to be found.