Why the Soviets trained attack dolphins - We Are The Mighty

Why the Soviets trained attack dolphins 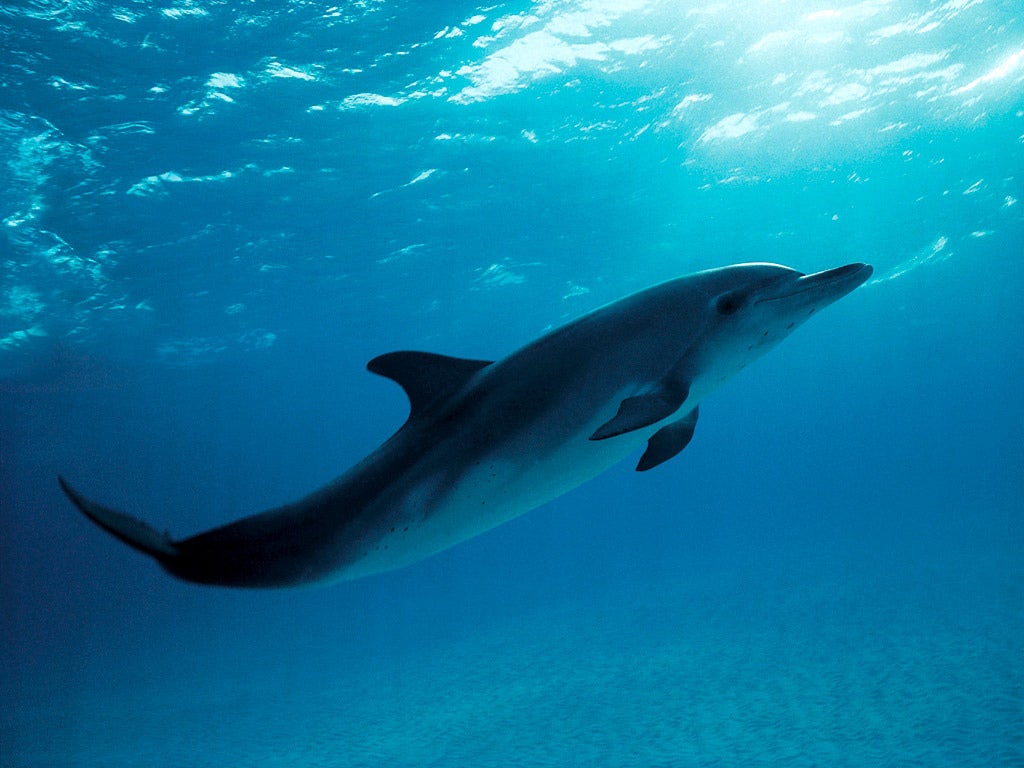 It sounds like something out of an Austin Powers film, sea mammals with frickin’ laser beans coming out of their’ frickin’ foreheads. But in actuality, there are no lasers in place, instead, it’s dolphins who use their natural sonar abilities.

The use of dolphins is nothing new in the use of warfare, nor is it dated. As recent as 2021, Russia was sourced as training dolphins to help locate enemy subs and protect their own sea vessels. The difference, however, is that this request was public, with the Russian government even going as far to list the type of dolphins they were searching for.

When the Soviets were in charge, however, their use of dolphins was far less friendly. In fact, their dolphins were trained to kill.

Soviets and their killer dolphins

Specialized trainers trained various Soviet dolphins to serve them in many ways. The dolphins used their sonar abilities to locate bombs or underwater explosives. But they didn’t stop there. The dolphins were also trained to seek out enemy divers and attack them with weapons, either a harpoon that’s attached to their back, or a hypodermic syringe. (The syringes were pre-filled with carbon dioxide.) They were strapped to the dolphin’s nose, who was trained to ram divers; the force alone from the blow could kill a diver, even before the injection took place.

Dolphins were also trained to snag divers and bring them to the surface, where they could be captured and/or killed by human soldiers. Other dolphins still were strapped with bombs that exploded when they swam near an enemy ship. (These were likely the dolphins that didn’t have as good of training results.)

According to the Soviets, who admitted to the killer dolphin training decades after the fact, their dolphins could tell the difference in submarines’ nationalities by the sound and/or frequency of the propeller. (The U.S. Navy has debunked this fact in their own research.)

The question remains, however, is why they did it?

According to the militaries of many countries, dolphins are a great bet. They’re smart, easily trained, quiet and they occur naturally in the ocean. Seeing them wouldn’t be an initial cause for alarm … until the harpoon on their back was spotted, of course. Dolphins’ sonar abilities also came into play. They could send back signals of their own locations, as well as ships’, divers’, and more.

Aside from the time and money it took to do the training, it was essentially a no-brainer. There is no clear data as to whether these dolphins were used in actual warfare, only that they were trained by Soviet powers.

In addition, similar programs were allegedly explored by the U.S., but this has been denied by both the Navy and the CIA. The latter is said to have approached professional dolphin trainers for killing tactics, but no one took the job.

The U.S. has admitted, however, that they trained their own dolphins for Navy SEALs to combat during training. Using special ops methods, the seamen would train for the day they were found by a potential killer dolphin.

After the Cold War had ended, Soviets sold off their dolphins. They were taken to Iran in order to serve a better, less violent purpose, swimming therapy for disabled children.