Japanese soldiers used these kamikaze-style attack against US tanks 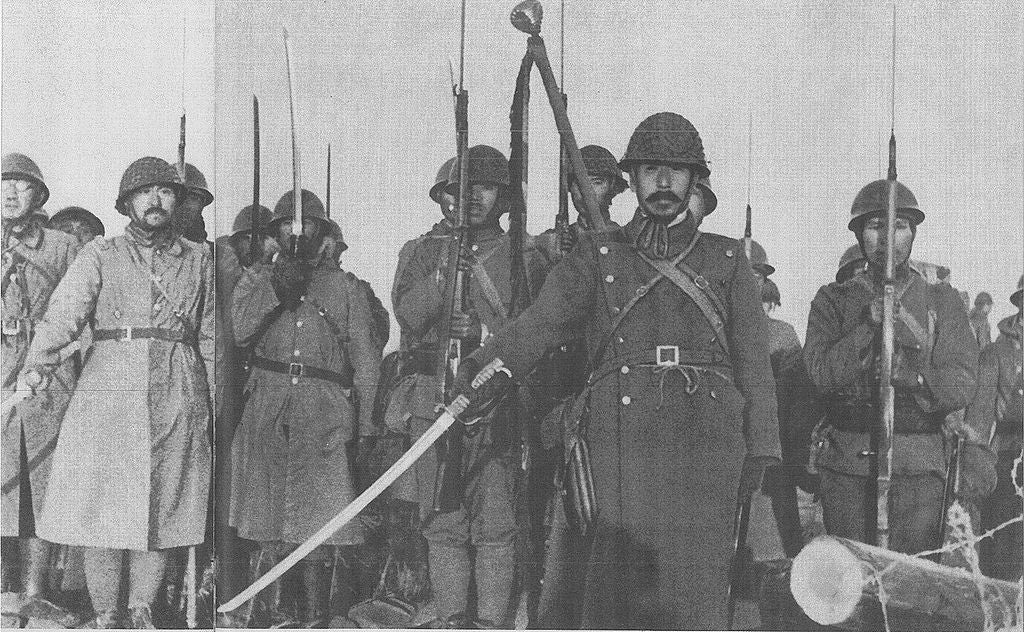 If there’s one thing Japanese troops were known for during World War II, it was fighting to the last man. It doesn’t matter if they were fighting on land, sea or air, a Japanese soldier, sailor, airman or Marine was more likely to eat a bullet or hug a grenade than to accept his own surrender.

This kind of do-or-die spirit may be worth a little bit of admiration, but it’s also what justified a lot of civilian leaders and military commanders in dropping not one but two atomic bombs on the island nation in an effort to get them to surrender.

And even then, the military leadership’s surrender was kind of shady compared to that of the Japanese emperor. Suffice to say, the Imperial Japanese anything isn’t giving up without one hell of a fight, and everyone knew it.

Of course many are familiar with the images of Japanese fighter planes loaded with fuel and bombs crashing into U.S. Navy ships, the trademark “kamikaze” attack of the later stages of the war. It was one of the most terrifying sights for an American sailor, and they had to completely destroy an incoming aircraft before that aircraft could destroy them.

The end result of not stopping a kamikaze plane was disastrous. Just ask the 2,800 Kamikaze attackers who sank 34 Navy ships, damaged 368 others, killed 4,900 sailors, and wounded over 4,800. Japan had at least 10 different kinds of specially-designed kamikaze aircraft, five kinds of seaborne kamikaze (which included manned torpedoes and midget submarines) and at least two land-based suicide attacks.

The first land-based suicide attack was the nikaku, and it wasn’t a weapon at all. It was a kind of specialized troop. These were Imperial Japanese Army soldiers who would strap themselves to the hilts with explosives. They received the same mental training as pilots flying kamikaze aircraft – and they would need that kind of discipline.

Nikaku’s entire strategy revolved around getting run over by an enemy tank.They would either allow the tank treads to drive over them, or they would slip between the tank’s treads before detonating their suicide vest. The result was often a disabled tank or damaged tank treads, along with one very dead Nikaku. They were essentially human anti-tank mines.

The next land-based Japanese kamikaze-style attack was also in reality a kind of Imperial Japanese Army trooper, the Giretsu Kūteitai. The Giretsu Kūteitai were IJA paratroopers whose sole strategic goal was to jump out over or crashland into Allied airfields to take out as many planes, personnel or facilities as possible.

In one Giretsu Kūteitai action over Okinawa in May 1945, five Japanese bombers crashed into an airfield, killing two crewmen, wrecked 29 planes, destroyed nine of them and burned up 70,000 gallons of fuel. Only one of the Giretsu Kūteitai pilots survived the attack.

One suicidal combat tactic that not only survived the war but made it to a future war with the United States was the lunge mine, and it was a tactic used by many desperate Japanese troops toward the end of the war. Japanese troops would use specially-created conical shape charges on the end of a stick and ram them into oncoming American tanks.

It was like an anti-armor bonsai charge that could penetrate up to six inches of armor, a devastating attack for Americans in the Pacific theater. Even though it wasn’t enough to save the Imperial Japanese in the Pacific, it would be resurrected in another Asian war, this time in Vietnam.