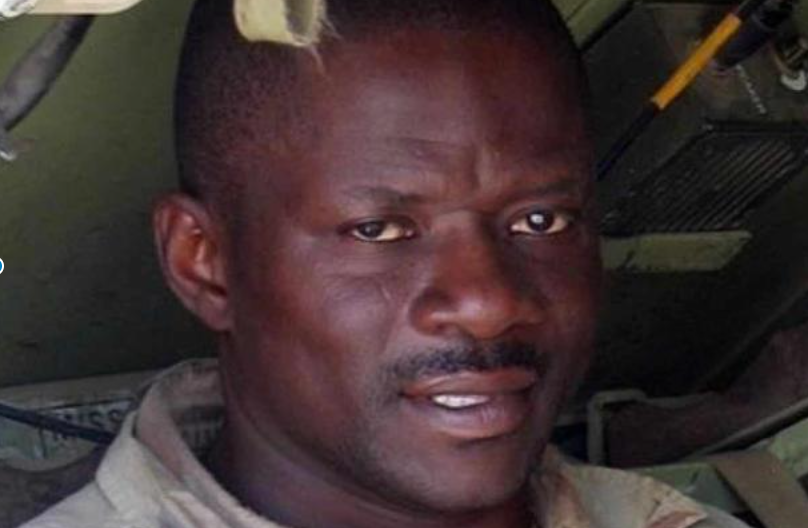 On December 4, 2020, President Trump signed a bill that waives a federal law requiring that requires a Medal of Honor to be awarded within five years of the actions for which the award is recommended. The bill, H.R. 8276, was introduced by Representatives Michael Waltz (R-FL), Stephanie Murphy (D-FL), and Dan Crenshaw (R-TX). By signing the bipartisan bill into law, President Trump has authorized U.S. Army Sergeant First Class Alwyn Cashe to posthumously receive the Medal of Honor.

On October 17, 2005, Sfc. Cashe was part of a route clearance mission in Daliaya, Iraq. He served as the platoon sergeant of 1st Platoon, Alpha Company, 1st Battalion, 15th Infantry Regiment, 3rd Infantry Division. Previously, the experienced NCO infantryman served in the 1991 Gulf War and the 2003 Invasion of Iraq. During the route clearance, Cashe was in the lead M2 Bradley Infantry Fighting Vehicle when it struck an IED.

The explosion ruptured the vehicle’s fuel cell which covered Cashe in fuel, and caused the vehicle to burst into flames. Initially slightly injured, Cashe exited the Bradley, helped the driver out, and extinguished the flames on his clothes. Six of Cashe’s soldiers and their interpreter remained in the Bradley which had been consumed by the flames. Cashe moved the the rear of the vehicle and reached through the flames to rescue his men, his fuel-soaked uniform burning. He rescued six soldiers and refused medical attention until the others were evacuated. Sadly, the interpreter was killed in action. 10 soldiers from the Bradley were wounded, 7 of them severely. Cashe suffered 2nd and 3rd degree burns over 72% of his body. He succumbed to his wounds on November 8, 2005.

For his heroic actions, Cashe was awarded the Silver Star. Since then, Cashe’s family has led the effort to upgrade his award to the medal of honor. Recently, however, Cashe’s valor and his family’s campaign have gained public attention. Maj. Gen. Gary Brito, Cashe’s battalion commander at the time, said that he was not aware of the extent of Cashe’s injuries when he nominated Cashe for the Silver Star. The general since has submitted additional statements to the Army to justify upgrading Cashe’s Silver Star to the Medal of Honor.

On October 17, 2019, 14 years after Cashe rescued his men from the burning Bradley, Reps. Waltz, Murphy, and Crenshaw wrote to Secretary of Defense Mark Esper and Secretary of the Army Ryan McCarthy formally requesting Cashe’s award be upgraded to the Medal of Honor. On August 24, 2020, Secretary Esper agreed that Cashe’s actions merited the upgrade. The following month, the House of Representatives unanimously passed H.R. 8276 to waive the five-year statute of limitations. The same month, Pittsburgh Steelers left tackle Alejandro Villanueva, a former Army Ranger, brought public attention to the campaign by taping Cashe’s name on the back of his helmet.

On November 10, 2020, the Senate also unanimously passed the bill and cleared the way for Cashe to posthumously receive the Medal of Honor. With President Trump’s signing of the bill, the last hurdle to recognize Cashe with the nation’s highest military honor is cleared. “I applaud President Trump for signing our bill into law, recognizing Sergeant First Class Alwyn Cashe for his bravery in risking his own life to save his fellow soldiers,” said Crenshaw. “He is deserving of the Medal of Honor, our nation’s highest military award for bravery on the battlefield, and now he is finally receiving proper recognition for his bravery and sacrifice.”

Once the President receives endorsement from the new acting Secretary of Defense, Christopher Miller, he will be able to award the Medal of Honor to Cashe. This would make Cashe the first African-American to receive the award for actions in Iraq or Afghanistan. On July 23, 2020, Cashe’s son, Andrew, followed in his father’s footsteps and graduated as an infantryman at Fort Benning, Georgia.