MIGHTY 25: From unemployed in Italy to landing an $18M government contract, meet Donna Huneycutt and Lauren Weiner - We Are The Mighty 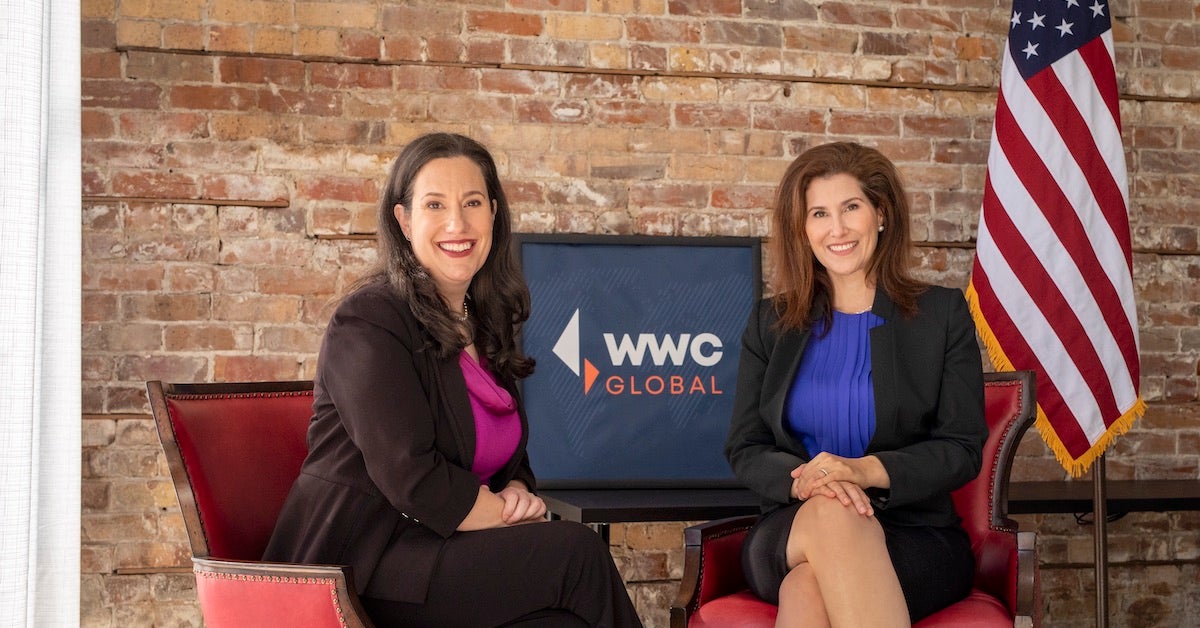 WWC Global has exploded into a government contracting firm that employs more than 300 employees in 24 contract locations on four different continents. But it started simply as a way for two military-connected spouses to be able to work.

Donna Huneycutt was a successful corporate lawyer and Lauren Weiner was thriving in her position at the White House. Both were forced to leave their careers in 2004 to follow their husbands when they were stationed in Italy. Despite their impressive resumes, they were being offered entry-level administrative positions. During a random encounter on a base-sponsored bus tour, they became fast friends. WWC Global was born over coffee and a shared frustration over the dismal reality of employment for military spouses.

They’ve come a long way since that bus tour. In 2018, WWC Global was awarded the largest contract to a woman-owned business in the history of the U.S. Special Operations Command. Huneycutt and Weiner have become a powerhouse leading the way for military spouses everywhere – tackling military spouse employment long before it was a hot media topic or lobbied issue.

WWC Global has since expanded to hiring veterans and other under-tapped labor pools and aligning them with the critical needs of the government. Seventy four percent of the WWC Global workforce is veterans and military spouses. They are the fire starters, lighting the way for countless spouses and vets to come behind them.

“During the time period that WWC Global was founded, the employment offered to military spouses was often limited only to the Exchange or the commissary. WWC Global offered a novel solution and continues to offer this today,”  Weiner shared. Huneycutt expounded, saying, “We translated an existing situation into business sense. Employees are excited and relieved to be able to apply their talents and education to professional careers, without having to separate from their active duty spouse on military installations abroad, where they are also prohibited from working on the economy.”

Around one in four military spouses remain unemployed. Often, this can be attributed to frequent moves causing the inability to find opportunities for work in their field. If they are overseas, the barrier to employment becomes even greater. This is where WWC Global steps in.

“When a military spouse has a rewarding, challenging career that he or she loves, this contributes to the overall satisfaction of the family. This also leads to military retention,”

Huneycutt explained. “The structure of the military family has changed. We believe it is possible and vital to provide military spouses with ongoing meaningful employment.”

Both wanted to take their advocacy efforts a step further, which is why they co-founded In Gear Career, a non-profit organization that supports military spouse career development and networking opportunities in their communities. It is now known as the Hiring Our Heroes Military Spouse Professional Network and is part of the U.S. Chamber of Commerce. Huneycutt and Weiner established Home Front Rising, a nonpartisan effort that encourages military spouses to speak up and get involved in the political process.

“Spouses can be their own advocates and be the voices that they are listening to on all the issues that impact military families,” Weiner stated. She also believes that there are opportunities across all sectors for military spouses to become change makers.

They are also focused on supporting those working to improve things for the military community as a whole. “I would love to continue to do away with the artificial barriers keeping our military from retaining the best troops,” Huneycutt shared. She referenced honing in on issues like dependent education, license reciprocity and PCS reform.

Huneycutt was recently named a finalist for  the EY Entrepreneur of the Year Award for the Florida region and  was also selected to receive the Kathleen Sridhar Small Business Executive of the Year Award by the NDIA (National Defense Industrial Association), the trade association for the U.S. government and defense industrial base. Despite the success they’ve achieved, there’s no end in sight.

As they approach their 17-year mark in business, both are inspired by what they are seeing. They also want the spouses coming in behind them to know that it isn’t going to be easy or without failures. The key to their success has been tenacity, grit and the refusal to acknowledge any ceilings on any goal. “You get there by working harder than everyone else. If you put your head down and don’t let anyone tell you ‘no’ and blow through obstacles, making them challenges instead of stopping points. That is how you get where you want to be,” Weiner said. Huneycutt echoed that sentiment saying, “There is no one way to do anything. Respond to your environment. Just keep showing up! Don’t get discouraged by setbacks, keep coming back. Every single day.”