MIGHTY 25: Meet Mike Erwin: Founder of TEAM RWB and committed servant leader standing in the gap for those in need - We Are The Mighty

MIGHTY 25: Meet Mike Erwin: Founder of TEAM RWB and committed servant leader standing in the gap for those in need 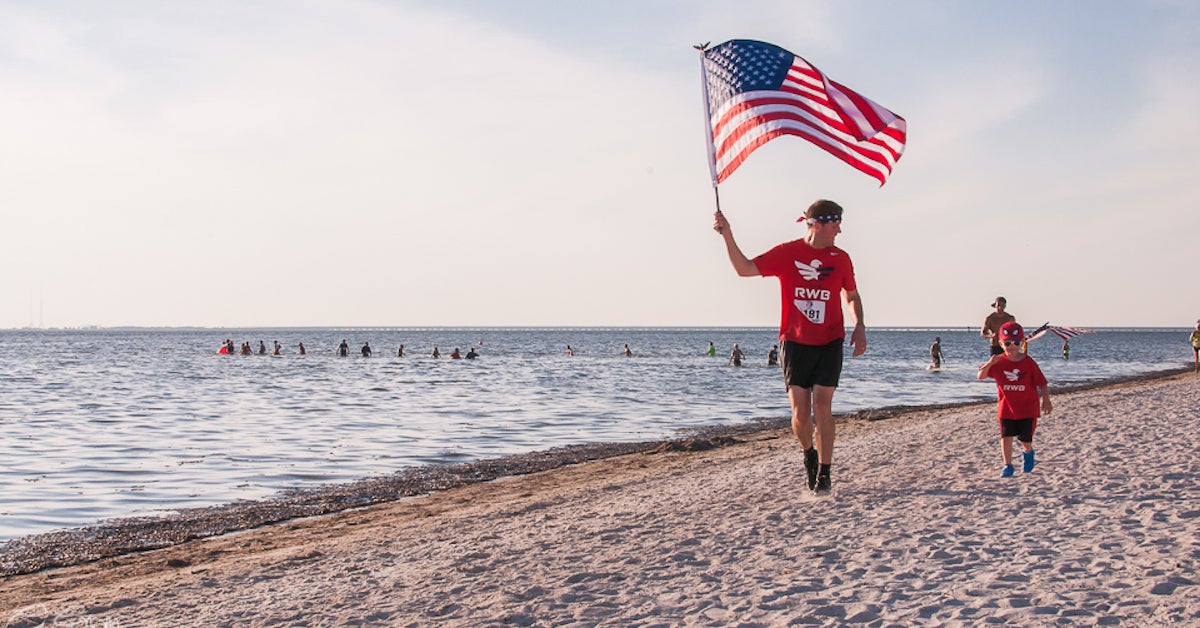 Mike Erwin was a senior at West Point when the events of 9/11 unfolded. He would go on to complete 12 years on active duty for the Army as an intelligence officer, with three combat tours. Erwin was then picked up for graduate school, where he found himself being the only military member – something that impacted him greatly. Especially when he thought about the friends he left behind in Afghanistan. In the midst of a rigorous psychology program and then eventually as a professor at West Point, he founded Team Red White & Blue.

“I was rowing really hard,” Erwin said with a laugh. “My passion for the mission was centered around how we can take this knowledge of positive psychology that I was teaching and bring it to more veterans. To do that, we have to help them meet new people, stay physically active and feel that they belong to something bigger than themselves.”

He initially didn’t think of himself as an entrepreneur. Instead, he felt he was just working hard for volunteer-based nonprofits and doing some good things. But in 2013 after a successful Team RWB conference, membership just exploded. “We started to see the numbers grow… I said whoa, we are growing by 40 or 50 veterans a day! That’s when it became real that we knew we had a chance to scale and grow this organization to thousands and eventually millions of veterans,” he said.

What started out as a small idea has morphed into an explosive movement that has touched the lives of so many in the military community. In 2019 alone, they engaged with 216,717 people, hosted 34,582 events and now boast 203,301 members.

The organization itself doesn’t claim to be the solution for everyone, but rather a tool to be utilized as veterans are navigating life stressors. “Team RWB isn’t going to be a magic potion. But, you will have a supportive group of people who are fellow veterans or supportive civilians that want to help you,” Erwin said.

Team RWB and Erwin want veterans to know that in moments of stress or volatility, that’s when it really is vital that they get themselves moving. “While it’s harder to do it on those days, it’s way more important on those days,” he explained. “When you sense from a mental health standpoint, you have to be able to step back and know you have to do something different. Those kinds of things are really critical to anyone but especially veterans.”

Erwin left active duty for the Army reserves after 13 years to continue to not only grow Team RWB, but do some other pretty incredible things. He co-founded The Positivity Project, 501c3 nonprofit in 2015. Based on a 15 minute curriculum for students in kindergarten through 12th grade, it’s aimed at helping youth build positive relationships and self-worth through the 24 character strengths and the mindset that other people matter.

Suicide was the second leading cause of death in 2018 among people between the ages of 10-34, according to the National Institute of Mental Health. Erwin and his co-founder, fellow Army Veteran Jeff Bryan, knew they had to do something to reach America’s struggling youth.

“While society is telling us that happiness is driven by wealth, success, the size of your social media following etcetera – positive psychology research has made it clear that the number one driver of life satisfaction is the quality of our relationships with family, friends, co-workers, teammates,” Erwin explained. “The Positivity Project is on a mission to make sure children in our country know that, so they prioritize the role of relationships in their lives – and how they show up for other people.”

With his leadership roles within his nonprofit organizations, he’s just a little busy. But, he doesn’t stop there. Erwin also co-authored the book, Lead Yourself First: Inspiring Leadership Through Solitude and is working on a new one, Leadership is a Relationship – to be released in November of 2021.

Despite all of his success, Erwin has had his own struggles along the way. He credits following the ethos of Team RWB for avoiding a lot of situations or issues that could have occurred if he wasn’t so committed to keeping his body moving and staying active. As for others who are seeking to change up or find a missing piece to combat their own adversities, Team RWB wants you. Erwin’s message is simple: Join the team.

Learn more about the mission of Team RWB by visiting their website. You can even download the app to start connecting and participating in events even faster and easier.