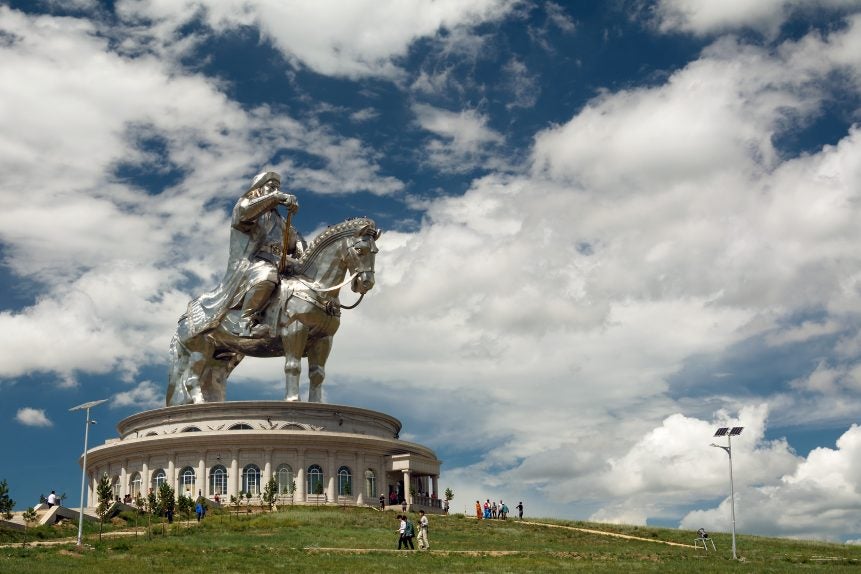 Genghis Khan Temujin conquered his way into largest empire on earth between 1162 and 1227. His Mongol Army swept south through China then west through modern day Afghanistan, Iran, and onward to the shores of the Caspian Sea – 22 percent of the Earth’s surface.

In that campaign, the Great Khan killed some 40 million people. The lands those people were cultivating for farmland before the Mongols made it their gravesite started to grow trees and other vegetation instead. The returning forests pulled 700 million tons of human-generated carbon out of the atmosphere, according to a Carnegie Institute study. That’s like getting rid of every gasoline-fueled car on the road.

That same study found that deforestation is one of the major contributors to climate change. Since the Khan killed all the people chopping down trees for farmland in Central and East Asia, the Earth had a chance to heal. He’s like an ancient Lorax sent by Mother Earth — but with real consequences.

But since the people of the mid- to late-Middle Ages weren’t rolling around in cars, tanks, or John Deere tractors, the carbon removed from the atmosphere may have resulted in the first case of man-made global cooling.