The Peacekeeper Rail Garrison’s forgotten mission - We Are The Mighty 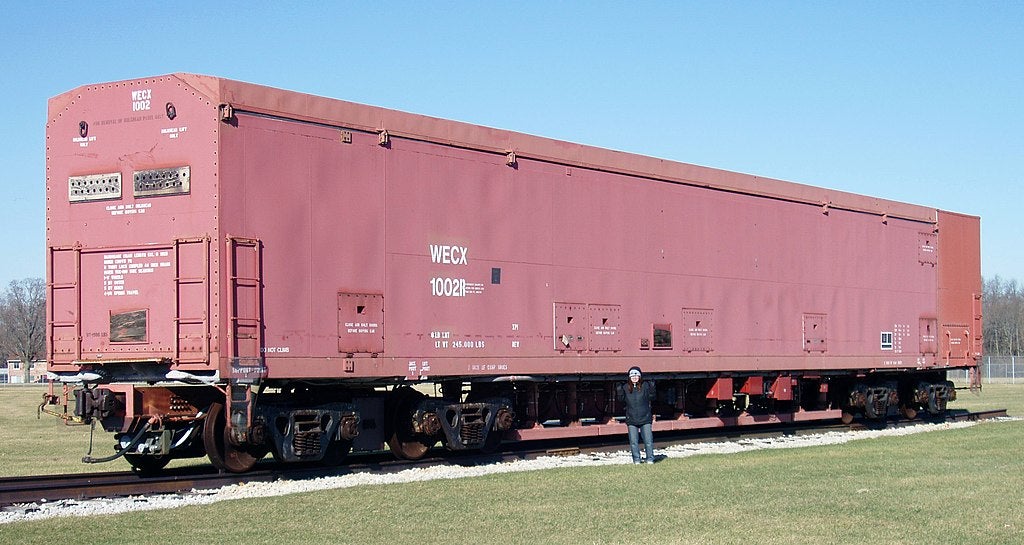 Ever heard of the Peacekeeper Rail Garrison? Even if you lived through the Cold War, you might not know about this nearly forgotten nuclear mission.

The 1980s were a scary time. Freddy Krueger kept teenagers awake at night. Michael Jackson’s Thriller turned a date into a slasher movie. Worst of all, Madonna’s over-use of hairspray burned a whole right in the Ozone layer. Okay, to be fair, it wasn’t just Madonna. A lot of people used way too much hairspray in the 80s. The feathered look was all the rage! But worst of all, the U.S. faced the threat of a nuclear attack during the extended Cold War, to include the great Soviet War Scare of 1983. Fortunately for America, the USAF had a plan. Their idea was to keep our nukes moving on railway lines.

That’s getting ahead of things, though.

The Sinister Origins of the Cold War

Our country had been bickering with Russia since 1947 when the world got split in two like a giant pizza. After World War II, democratic governments controlled much of the west. However, Joseph Stalin and his communist comrades ruled the east with an iron fist. And let’s just say you didn’t want to get caught on the communist side of the fence if you valued freedom of speech, religion or the press. These guys did not tolerate personal expression. Speaking of the Berlin Wall, here are five things you might not know.

Both America and Russia had become global superpowers thanks partly to their nuclear bombs. But because Stalin thumbed his nose at democracy, he had become a pain in America’s caboose (more train references to come).

Remember that time American and Russian tanks faced off in Berlin?

By 1986, after President Reagan took office, the tension between the U.S. and Russia neared its breaking point. The Cold War seemed all but inevitable. Fearful of nuclear attacks, Reagan gave the Air Force a big thumbs up to put ballistic missiles on the U.S. rail network. Enter the Peacekeeper Rail garrison’s mission. The idea was to keep America’s nuclear arsenal mobile in the event of an attack by the Reds.

Reagan worried that Stalin might bomb our stationary nuclear silos and then bombard our cities with nuclear missiles of his own. With our arsenal destroyed, we would have no defense against Russia. In that case, keeping our nukes on the move would be a smart plan. A moving target is a hard one to hit, after all. Smart thinking, right?

So what’s to be done? Military leaders put their heads together and came up with the Peacekeeper Rail garrison. They quickly loaded fifty missile launchers onto train cars, with two missiles on each car. That meant we could fire nukes directly from mobilized trains if necessary. Well played, Reagan. Well played.

The Air Force stationed the trains at various bases throughout the continental United States, where they remained on alert. Fortunately, by the early 90s, both the Cold War and the use of hairspray had begun to die down. In 1991, the government canceled the rail garrison program and sent the nuclear missiles to silos. The AF shipped the prototype rail garrison car to the National Museum of the United States Air Force in 1994. These days, the rail garrison is all but forgotten to memory.