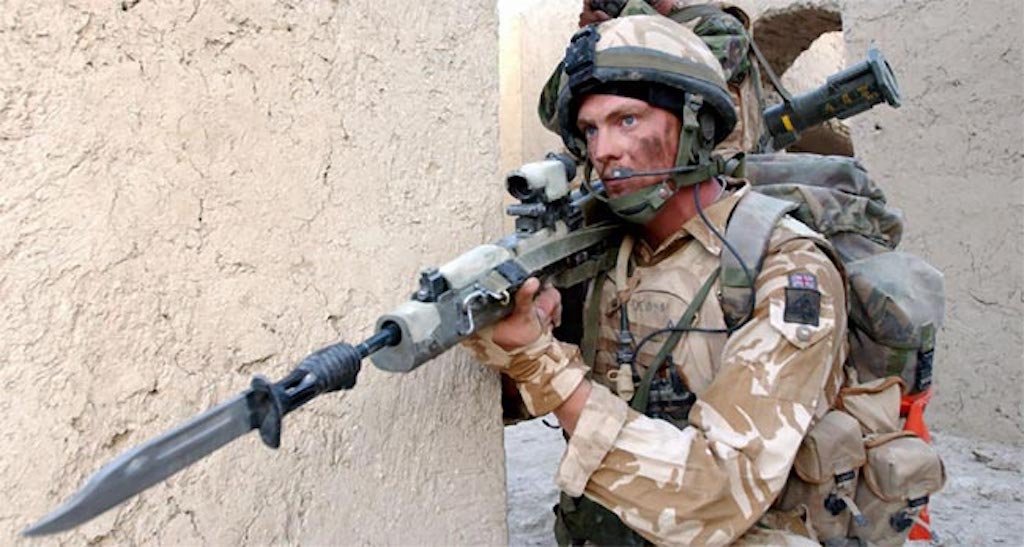 In May 2004, about 20 British troops were on the move 15 miles south of al-Amara, near the major city of Basra in Iraq. They were on the way to assist another unit that was under fire when their convoy was hit by a surprise of its own.

Shia militias averaged five attacks per day in Basra when the U.K. troops arrived. British soldiers tried to arrest Iraqi cleric Muqtada al-Sadr for supporting the violence and the locals were not happy about it. An unpredictable level of violence broke out. British troops were frequently under assault – an estimated 300 ambushes within three months.

“We were constantly under attack,” Sgt. Brian Wood told the BBC. “If mortars weren’t coming into our base, then we were dragged out into the city to help other units under fire.”

Wood and other troops from the 1st Battallion of the Princess of Wales’ Royal Regiment were on their way to aid Argyll and Sutherland Highlanders who were attacked by 100 militiamen from al-Sadr’s Mahdi Army when their vehicle struck an IED. The surprise attack actually hit two vehicles carrying 20 troops on a highway south of Amarah. Mortars, rockets, and machine guns peppered the unarmored vehicles.

Rather than drive through the ambush, the vehicles took so much punishment they had to stop on the road. The troops inside dismounted, established a perimeter, and had to call in some help of their own. Ammunition soon ran low.

The decision was made: the British troops fixed bayonets.

They ran across 600 feet of open ground toward the entrenched enemy. Once on top of the Mahdi fighters, the British bayoneted 20 of the militia. Fierce hand-to-hand combat followed for five hours. The Queen’s men suffered only three injuries.

“We were pumped up on adrenaline — proper angry,” Pvt. Anthony Rushforth told The Sun, a London-based newspaper. “It’s only afterwards you think, ‘Jesus, I actually did that.’ “

What started as a surprise attack on a British convoy ended with 28 dead militiamen and three wounded U.K. troops.

Jihadi propaganda at the time told young fighters that Western armies would run from ambushes and never engage in close combat. They were wrong. Irregular, unexpected combat tactics overwhelmed a numerically superior enemy who had the advantage in surprise and firepower.