This British tank could perform ‘Dukes of Hazzard’-style moves 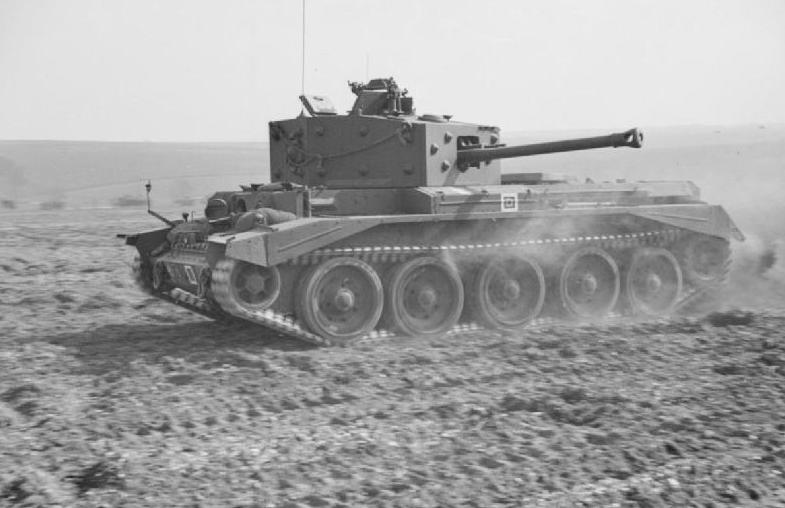 Britain’s Cromwell tank first saw combat duty on the beaches of Normandy on D-Day, June 6, 1944. The British troops operating the tank fell in love in an instant. It was designed to be a high-speed tank that used a reliable Rolls-Royce engine.

With a top speed of 40 miles per hour despite weighing 28 tons, the Cromwell crews quickly learned it could be used for more than just mowing down Nazis. They used it to escape some pretty dangerous situations in some astonishing ways. The Cromwell wasn’t the General Lee, but in the world of tanks, it comes pretty close.

It was developed in concert with a couple of other British tanks, namely the Centaur tank. But the Centaur had trouble fixing the bugs in its design and never saw action during the war. The Cromwell was the obvious favorite – and the reason was clear.

The 3,066 Cromwell tanks that were produced for World War II were designed to shoot and move. It could fire an armor-piercing Sabot round through 100 millimeters of steel at ranges of more than 1,000 yards while driving at full speed.

What was really unique about the Cromwell tanks is its design for speed and maneuverability. Its Rolls-Royce Meteor engine combined with a newly-designed Merrit-Brown gearbox allowed the vehicle superior steering while both tracks moved. Where American Sherman tanks and Russian T-34s tended to slow down while turning, the British Cromwell could go as fast as a tight turn would allow.

While the original configuration of the Cromwell’s armament placed it at a disadvantage against German Panther and Tiger tanks (the standard round could not penetrate the tanks’ front-facing armor), it could easily outmaneuver the enemy. Cromwell tank commanders could also outrun and outperform their adversaries.

In the Netherlands in 1944, three Cromwell tank commanders kicked their vehicles into high gear and used them to jump a 20-foot gap after being surprised by a large concentration of Axis troops and tanks. It stands to reason that even Sheriff Roscoe P. Coltrane wouldn’t have been able to catch those Brit boys. The story was recounted by an officer in the 8th King’s Royal Irish Hussars, Bill Bellamy, in “Troop Leader: A Tank Commander’s Story.”

The speed at which the Cromwell could drive played hell on the tank’s suspension. British tankers around the theater were apparently using its speed the same way Bellamy did. It got to be so widespread that British Army authorities began to govern the tank’s tops speed, driving it down to just 32 miles per hour.

British Army planners eventually did solve the Cromwell’s firepower problem, fitting it with the same 75 millimeter primary gun used on the American Sherman tank so the Cromwell could fire the same high-explosive and armour-piercing rounds as the Sherman. Once it did, it could easily beat the tanks fielded by the Germans. It retained its speed and maneuverability as well, moving so efficiently in combat that Wehrmacht tanks were often surprised and had little time to fire back at the British.

After the war, the British fielded the Cromwell in Korea but retired it in 1955, in favor of the Centurion tank. But that didn’t end the Cromwell’s service. Czechoslovakia, Israel, Poland, Portugal and Greece all fielded Cromwell tanks for years after. Even the Chinese and North Koreans got a taste for the speed of the Cromwell after capturing one or two in the Korean War.