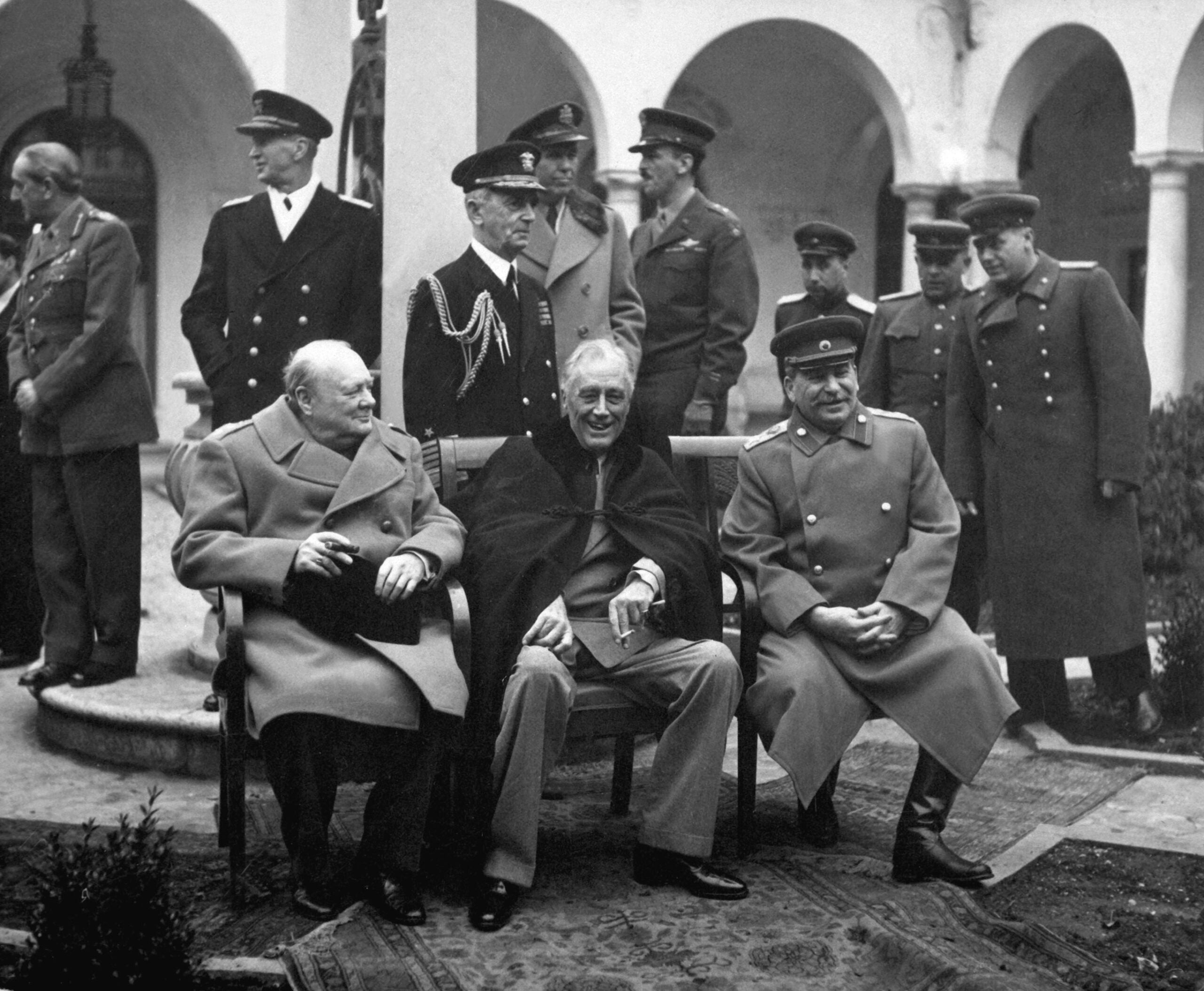 Although the USSR under Joseph Stalin didn’t start World War II as a reliable ally, it sure helped finished the job. By the end of the war, the Red Army had captured much of Germany, including Berlin, and had mauled the Nazi Wehrmacht all across the Eastern Front.

The Soviet victory over Nazi Germany came at a high price, however. The Soviet Union lost an estimated 26.6 million people in what it calls “The Great Patriotic War.” This figure includes soldiers, sailors and airmen, as well as prisoners of war and Soviet civilians.

But even as the “Big Three” Allies met time and again to discuss the war and the reformation of postwar Europe, all was not well between them. U.S. President Franklin D. Roosevelt had warm feelings for the USSR and for “Uncle Joe” Stalin personally. British Prime Minister Winston Churchill, on the other hand, felt entirely different.

Churchill did not trust Stalin to keep his word about holding free elections in countries liberated from the Nazis by the Red Army. He believed it was Stalin’s intention to keep his troops in those countries and subject them to domination from Moscow, instead of Berlin, simply trading one absolute dictatorship for another.

The British Prime Minister was the man who coined the description of the “Iron Curtain” that had descended over Eastern Europe following World War II. Churchill’s presumption turned out to be correct, of course. But that doesn’t mean he simply sat by while Roosevelt and Stalin laughed and joked in Tehran and Yalta.

Churchill and the War Office devised a secret plan for a surprise attack on the Soviet Union after the war’s end. It would use the industrial capacity of England, the United States, and what was left of Germany combined with the armies of the three countries to liberate by force what the Soviets had taken from the Germans and were intent to keep.

His reasoning was that the other Allies, combined with German and Polish forces, were in a position to wage total war against the USSR. The primary goal for what was code-named “Operation Unthinkable” would be the liberation and self-determination of Poland, but Churchill was prepared to go as far into the Soviet Union as was necessary. It was set for July 1, 1945 – while the U.S. was still fighting Japan in the Pacific.

To do this he assumed a number of things:

Churchill believed that a total war would be necessary to wrestle the countries of Eastern Europe out of the Soviet grasp. He also believed the war would have to be won quickly and set a timetable for just one year of hostilities. The Allies would have to make it impossible for the Russians to continue fighting and they would have to capture and occupy metropolitan areas quickly.

They would also benefit from removing the Allied assistance given to the USSR during World War II, cutting down on Russia’s ability to manufacture weapons, supplies and vehicles. The Russians, Churchill believed, could be beaten, because only a third of their manpower and materiel that existed in the field was actually battle-worthy.

Churchill admitted that total war might last a very long time and that they may not be able to penetrate deep into the Soviet Union. Even defeated, he wrote, the Soviet Union would still be able to restart the war when it sees fit.

The Allies did not launch Operation Unthinkable, of course, but historians will debate whether it was better this way or not, considering the history of the USSR under Stalin.