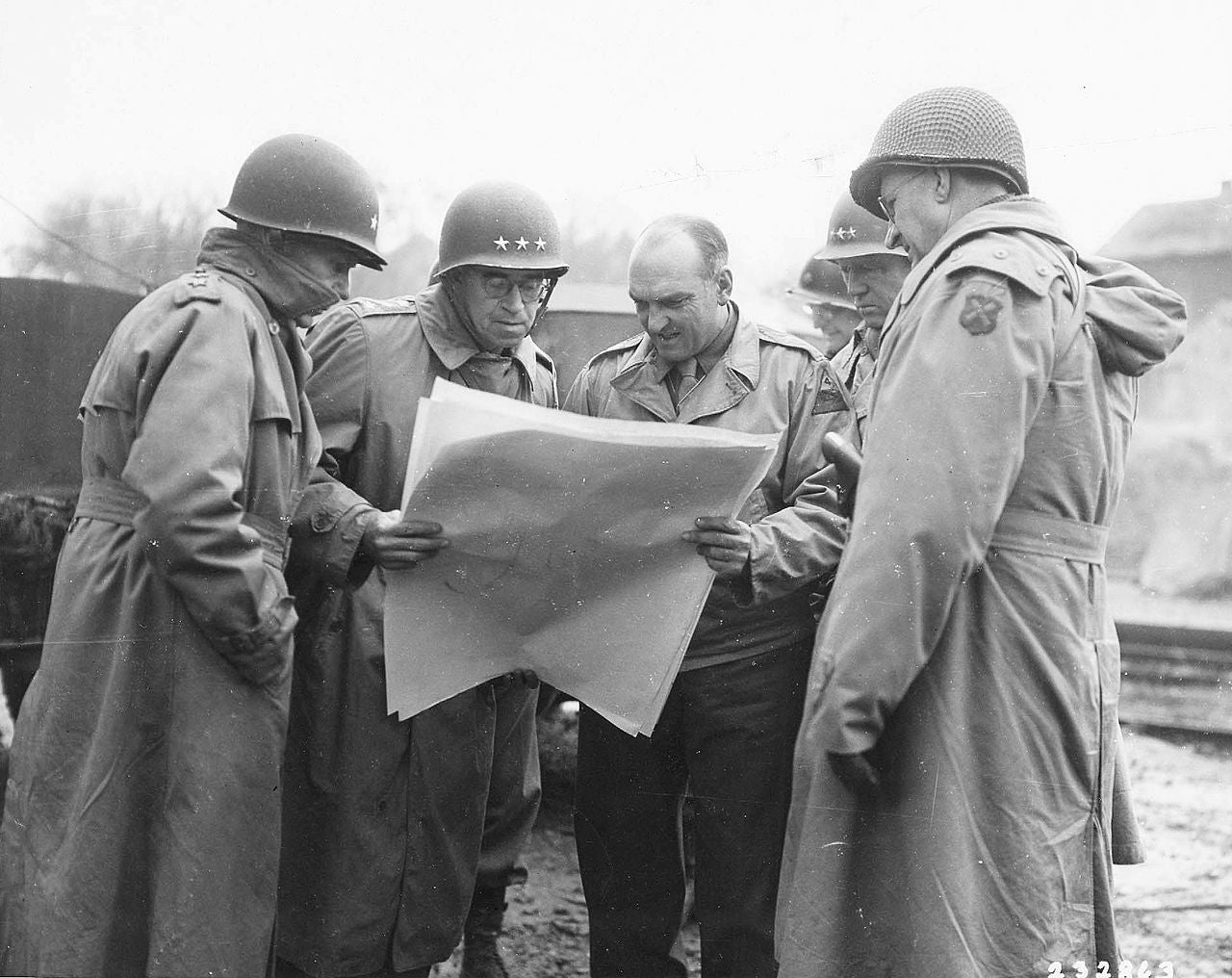 When we look back upon World War II history, victory looks certain in hindsight. We were well equipped, well informed, and recruited all the man-power necessary to liberate the world from the Nazi Reich. However, we tend to forget how easily things could have turned out during the war. Months of planning and split second decisions at key points in the war changed history forever. The North African theater was the first domino to fall in the long chain reaction to the Battle of the Bulge.

The golden age of mechanized armor was an arms race between the forces of good verses evil. The idea of using mechanized armor in combat has been a dream since the renaissance. However, it wasn’t until both world wars that engineers could design battle-worthy tanks. Tank crews in the thick of battle would rely on the command and control elements of their commanders on the front line. When it comes to mechanized engagements, bad logistics can be just as fatal as an enemy shell. Equally as important the military would rely on the civilians back home to man the assembly lines and the civilian vessels to brave the U-Boat infested Atlantic. WWII was an all-hands-on-deck endeavor.

The North African theater was the testing ground for America’s troops that also allowed the United States to establish a foothold. The strategic decision to engage Hitler’s secondary units in Africa was a critical decision because this was the first time Americans would enter a major conflict in the war. The battle of the Atlantic was raging on and direct landings onto British shores were not feasible yet. At the time, it is estimated that U-boats were responsible for sinking 2,703 civilian ships headed towards Britain. By the end of the war that number would double. Radar was not incorporated on aircraft on a mass scale this early in the war either. The Nazi U-Boat Rudel tactics were ripping the supply lanes into pieces, invisibly and with impunity. Another alternative must be found. President Roosevelt’s eyes turned toward Africa.

Operation Torch was the initial invasion commanded by then General Dwight D. Eisenhower. It’s objective is to tackle the Axis powers on the continent. The amphibious assault on across Casablanca, Algiers, and Oran committed over 65,000 US troops. 33,000 US troops arrived directly from the US mainland. While America had the Production Miracle back home, pumping out gear essential to the war effort, Rommel faced increasingly strained resupply routes.

The lessons learned in Africa were hard and paid for with the sacrifice of many. The experience earned at the cost of the early defeats in Africa paid dividends later on in Europe.

For example, during Operation Torch, sand bars disabled armor due to inefficient intelligence and became stuck during the landings. Additionally, the sea water caused the electrical equipment to short circuit. The dismount from landing craft was from the sides, not from the front, like the vehicle was designed. While documentaries mostly write off the beach landing as relatively easy compared to other landings, the allied forces received hardened resistance at Algiers.

The Italians and Vichy French were out-manned and out-gunned, but they had a secret weapon: Rommel and his Panzers.

The best example of Rommel’s ambush tactics was at Kasserine Pass where he lured American tanks into an ambush into an 88mm killing field. It is estimated that over 6,500 souls paid the price during the campaign. The cost of the new tactics formed to combat Nazi blitzkrieg were paid in full with American and British lives. The United States made a change of command to place the fate of the campaign in General Patton’s hands.

General Patton was an aggressive yet prudent commander. He focused on logistics, defensive positions and exploited the Rommel’s most human weakness: pride. Rommel’s reputation as the Desert Fox cause him to over extend himself and his supply lines. The Nazi supply lines stretched from Tripoli to front line in Derma. He had to keep pushing, his Führer demanded it, and his ego would lead him head first towards defeat. He had to stop his advance twice due to his logistical problems. He had to physically refuel his forces himself at one point and then continue to push his over extended assault. With Rommel low on fuel and ammo, General Patton out foxed the Desert Fox.

On the other side of the world, every facet of U.S. industry was adapted into the manufacturing of U.S. armaments. Specifically, in the case of armor, General Patton had thousands of tanks on the frontlines and many more underway. The population of the United States was unified under a common cause and quickly raised an army from 187,893 troops to 8.3 million by the war’s end.

By the time Patton was able to turn around the tides of war in Africa, the Atlantic gap was closing due to a new technology, the Magnetron No.12. This small radar device was able to detect U-boats that were previously hidden. The Enigma Code was cracked and when combined with this technology, every theater the Allied forces engaged in neutered Nazi surprise attacks. Rommel’s hardened 7th Panzer division would no longer enjoy the victories of years past. Patton tossed out the old cavalry charge tactics of WWI and utilized combined arms offenses still taught today.

Battle of the Bulge

The days of the wide-eyed and bushy tailed troops landing in Africa were replaced by focused determination with a thousand yard stare, racing to the aid of the 101st Airborne. Africa, Sicily, Italy and beyond forged Patton’s tank crews into a well-oiled machine. New standard operating procedures were implemented, troops were no longer lost in the sauce but an elite mechanized force piercing through Nazi controlled territory. Across the board Americans in the air land and sea have become adept at locating, closing with, and destroying the enemy. In the culminating battle of WWII, the Patton’s mechanized war machine hit the enemy with every last, hard learned lesson with interest.