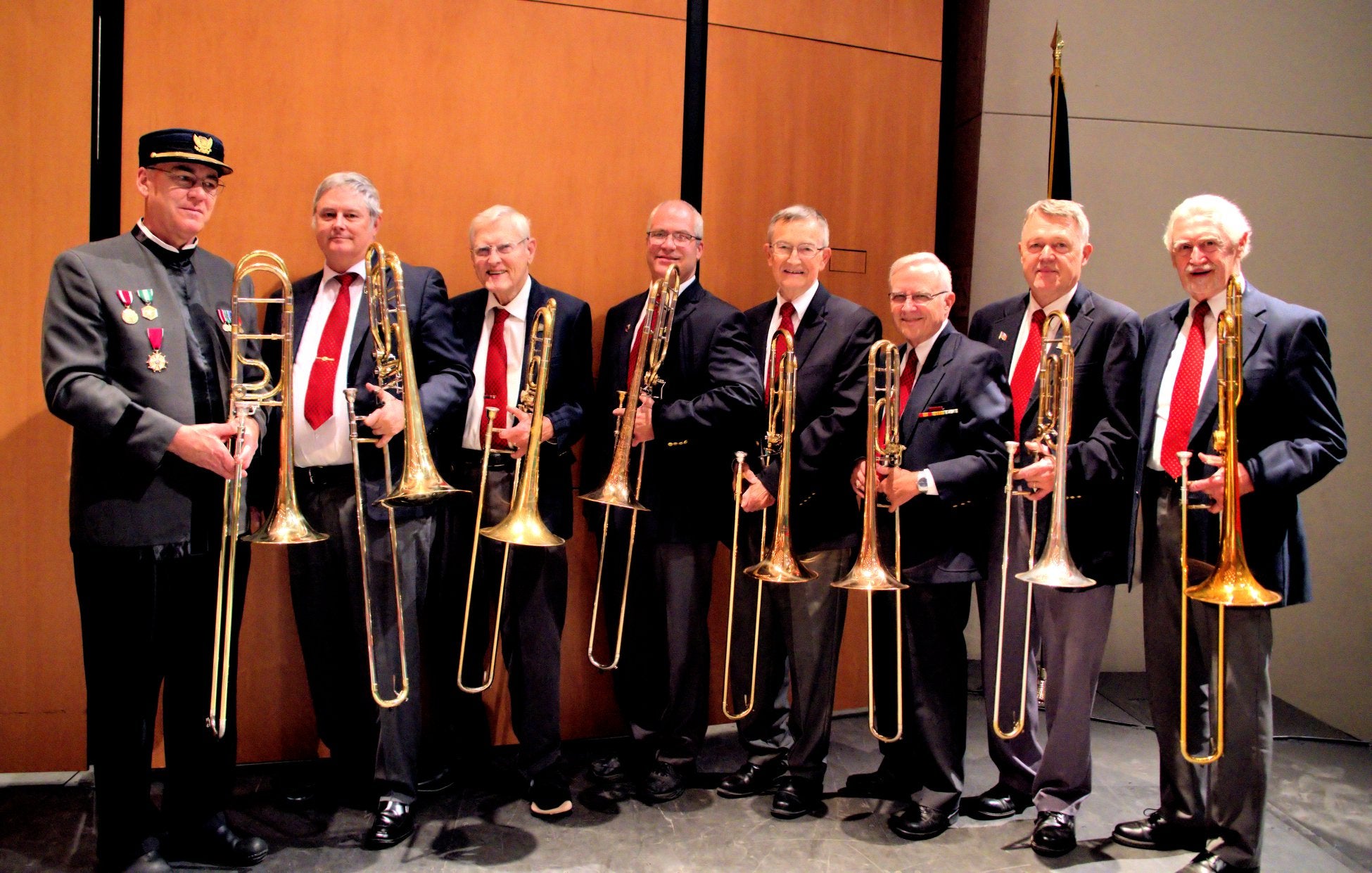 The Iowa Military Veterans Band boasts a roster of 100 veterans who have served in almost every conflict from WWII to the GWOT. These musician veterans represent every branch of the military – even the Coasties!

And the crowd went wild!

The Iowa Military Veterans Band got together to perform at the dedication of a WWII monument back in 1996. That just made sense, since the majority of the veterans at that time served in WWII. Others served in Korea and Vietnam in both combat and combat support units. But the crowd responded so well to their performance that these talented musicians decided to stay together and permanently form a band. They’re still going strong 20 years later!

Music has been a part of military history since, well, forever. Back in the day, regiments used to perform on the field to convey orders and keep the grunts motivated. Then militaries got wise and formed official bands that traveled with their units to keep up the espirit de corps. In fact, that’s where marching bands as we know them came from! These days, there are plenty of examples of great military bands. Some have even gained fame from shows like America’s Got Talent.

It’s not likely the Iowa Veterans Band is going to perform for AGT anytime soon, but maybe they should think about it?

Service is part of their blood

Here’s what makes this band so special. It’s the only one of its kind in the entire country. True to their military roots, the Iowa Military Veterans band is officially a nonprofit organization. They’re all about giving back, helping their community, and improving the lives of veterans. They help support other VSOs in the Iowa veteran community. All concerts are free and most of the admin expenses are paid for by veterans themselves.

They keep going thanks to generous donations from Iowa businesses and individuals. Not once have they used tax dollars for support.

An orchestra of veterans

Of course, these accomplished musicians in the Iowa Military Veterans Band play a variety of instruments. This includes the usual you’d expect in a band like trumpets and clarinets. But there are also some harp and euphonium musicians, too! As a matter of fact, the band even has a vocalist. With that in mind, most of the band’s set lists are performances of songs by great American composers. These include the big names like Karl King, Meredith Wilson, John Philip Sousa, Irving Berlin and George M. Cohan.

In a normal year, the band plays between six and seven concerts from early May to Veteran’s Day in November. All members volunteer their time for rehearsals and shows to share their love of music with the people of Iowa.