The US House of Representatives maintains order using a giant mace 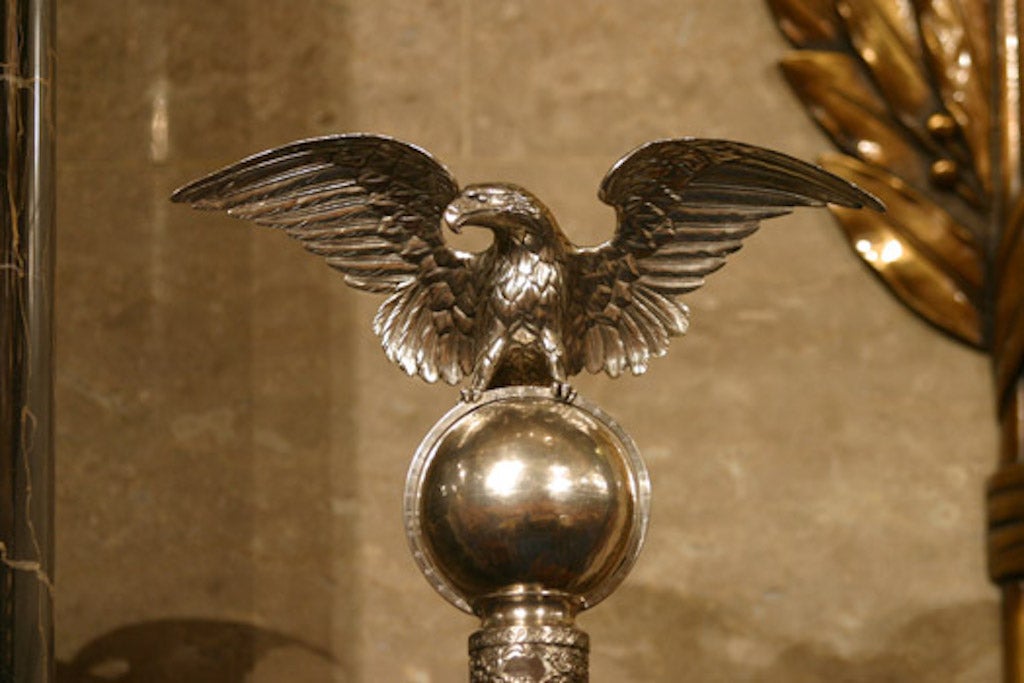 Sitting above the ebony rods of the mace is a cast-silver globe, which holds an eagle with spread wings. The continents are etched into the globe, with North America facing front. The eagle, the national bird, is cast in solid silver.

When we think of someone using a mace, it’s usually either a knight in medieval combat, bludgeoning some poor conscripted serf to death over a piece of land no one will remember or the same kind of combat in a Dungeons and Dragons game, killing a goblin equally as memorable.

One of the first actions of the newly-formed House of Representatives in 1789 was to establish the Office of the Sergeant-at-Arms and the symbol of the office and its duties. The very first House Speaker, Pennsylvania Representative Frederick Muhlenberg, thought a gigantic mace was the perfect tool for the job.

The Sergeant-at-Arms not only maintains the security of the House, the office holder is responsible for maintaining order and appropriate behavior in the body, no small feat for a group of representatives that have been known to shout, throw things, and even get into physical altercations on the House floor.

Most Americans are familiar with the Sergeant-at-Arms as the person who announces the arrival of the President of the United States in the Congress during joint sessions, such as the annual State of the Union Address.

The job of securing the House of Representatives has come a long way since the earliest days of the republic and now requires coordination with Capitol police, U.S.  intelligence, and other law enforcement agencies. A mace is simply not enough to secure the House, but it is still sufficient for keeping unruly representatives in line.

There have been three official Maces of the Republic used since the House of Representatives was first formed. The original was lost to fire when British troops burned the Capitol building during the War of 1812. Between 1814 and 1842, a simple wooden mace was used to maintain order.

In 1842, Congress approved the construction of a new mace, made of silver and ebony wood.  New York silversmith William Adams created a mace based on an ancient Roman design that features a bundle of 13 rods banded by silver, almost four feet high. At its top is a 4.5-inch diameter silver globe, featuring an Eagle with a 15-inch wingspan outstretched.

There have been six occasions where the mace was brandished at the behest of the House Speaker to restore order in the chamber. The first incident happened almost immediately in 1798, when two congressmen got into a fight after congress failed to expel Vermont’s Matthew Lyon.

It failed to restore order in 1877 when so many members of the House were running around and arguing over an election in Florida, because there were too many members to be admonished. It happened again in 1880 after a fight nearly broke out between two members and once more during World War I, when a representative questioned the loyalty of other house members.

The most recent occasion came against Rep. Maxine Waters in 1994, when she refused to stop interrupting NY representative Peter King.