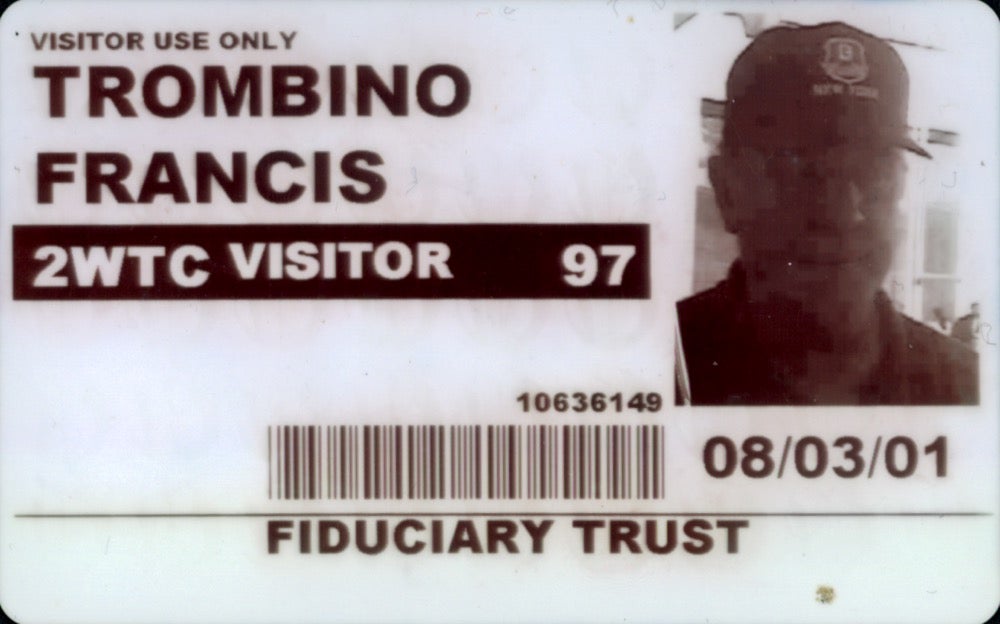 Joseph Trombino was a year away from retirement on the morning of Tuesday, Sept. 11, 2001. The day began like it always did, The 68-year-old and his three partners departed their Brooklyn staging area after 5 a.m. and made their way into Manhattan. They were delivering millions of dollars in securities around Wall Street.

On that particular morning, Joe Trombino was assigned to stay with the truck while his three compatriots made their rounds in the area. They parked the armored car in the underground parking lot of the World Trade Center. Trombino would not come out alive.

Trombino was a longtime security guard. He first signed on to the job in the 1960s after leaving his old job of being a truck driver. Before that, he’d served in the Army during the Korean War. The Clifton, New Jersey, native had seen a lot in that time. In 1981, he was held up in a famous robbery committed by the Weather Underground, a left-wing militant organization.

The Weather Underground robbery wasn’t his first holdup, but it was the most infamous. After a pickup at a New Jersey mall, masked gunmen with M-16 rifles killed his partner, Peter Paige, and shot at Trombino.

Trombino fired back first but was hit in the shoulder, arm and upper body. He survived the shooting but the robbers made off with $1.6 million. They were eventually caught and arrested. That wasn’t even the only memorable event in Trombino’s long career. He nearly lost his arm but managed to come back to Brink’s as a driver and messenger.

In 1993, Joe Trombino was back on the job, making his usual rounds. After his daily duties at the World Trade Center, he drove his truck on to the next stop of the day. Not long after Trombino departed the area, Pakistani Ramzi Yousef drove a rented van filled with explosives into the underground parking garage.

It exploded, killing six and injuring more than a thousand people. It could have been much worse. The terrorists were trying to topple tower one into tower two in an effort to bring down both buildings and kill everyone in the area. Trombino missed that carnage until 2001.

By the morning of Sept. 11th, he was 68 and nearly retired. Trombino’s job was just to guard the truck while his colleagues made deliveries during their brief stop at the World Trade Center. After that, he would make his own deliveries in the surrounding area. He was guarding the truck when the first plane hit the towers.

After the building shook, Trombino called Brink’s to check on the status of his colleagues on the 11th floor. He called again to tell the dispatcher that police had ordered him to move the truck because the building was unstable. His last call to headquarters was telling them the building was shaking and crumbling as water flowed into the parking garage. Then the line cut off.

Trombino died in the collapse of the building. His fellow Brink’s guards evacuated the building and, although they became separated in the chaos, they survived that day. They were unable to make their way to the parking garage and Trombino wasn’t able to leave. Trombino’s remains were eventually uncovered, along with the truck, but Trombino wasn’t in the truck.