This CIA operative was a real-life ‘Col. Kurtz’ during the Vietnam War - We Are The Mighty

This CIA operative was a real-life ‘Col. Kurtz’ during the Vietnam War 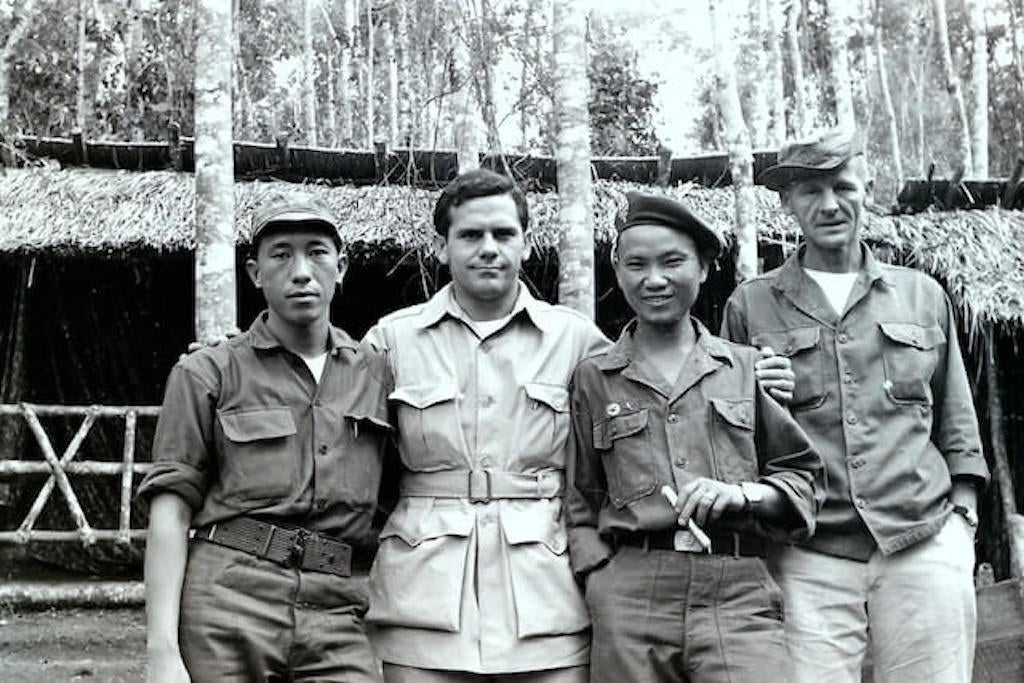 The alleged similarities between the fictional Kurtz and the real-world Poshepny are striking, however. If Poe is to be believed, both were involved in off-the-books operations outside of Vietnam during the Vietnam War and both had gone rogue by creating a secret army operating in the jungles.

Poshepny came to Vietnam as an operative for the Central Intelligence Agency in 1961. His alleged mission was to travel to Laos, which was fighting its own communist insurgency at the time. “Poe,” as he was called, was to train the Laotian Hmong, a native group that were nominally farmers into an effective fighting force against communist aggression in Laos and Vietnam.

The Geneva Accords of 1962 should have put a stop to CIA operations in Laos, as it required the removal of all operations in the country. Most of the CIA mission there complied with the accords, but Tony Poe and a younger officer, Vincent Lawrence, stayed behind in secret. They wanted to stay in contact with Vang Pao, a Laotian leader and member of the Hmong community.

Though Lawrence was nominally in command, he had little control over Poe and his actions. Poe repeatedly violated the Geneva Agreement, going out on missions where he was wounded almost a dozen times. Poe and Vang Pao even came to blows a number of times, reportedly drawing weapons on each other on more than one occasion.

By the time the CIA returned to Laos in 1964, Poe and Lawrence’s operation there was starting to get weird and by some accounts, disturbing. Some reports indicated that Poe was paying bounties for the severed heads and ears of members of the Pathet Lao, the communist guerrilla force working with North Vietnam to overthrow the Laotian government.

According to the author John Prado’s online biography of Poe, Poe even stapled some of the cuttings to his reports back to the U.S. embassy in the capital of Vientiane. In another incident, a village that was accused of firing on Poe’s Air America aircraft was served with a severed head dropped on them from the air. When they complained to the embassy, the U.S. ambassador was forced to apologize.

The U.S. government declassified some of the documents relating to Poe and his activities in Laos, but hardly mention the operative by name. One cable mentions that Poe ran a secret army during the Vietnam War in Laos’ ​​Nam Yeu valley, between the towns of Muang Meung and Huasai.

The Wall Street Journal even reported that Tony Poe’s activities in Laos continued long after the Vietnam War ended. He maintained close ties to the community in which he lived in Laos, helping Laotian children join the Marine Corps, pay for weddings, and help Laotian veterans get recognition for their service from the U.S. government.

Tony Poe died in 2003, after receiving two CIA stars and two Purple Hearts, but for the foreseeable future, no one except a handful of leaders will know exactly why he received those awards.