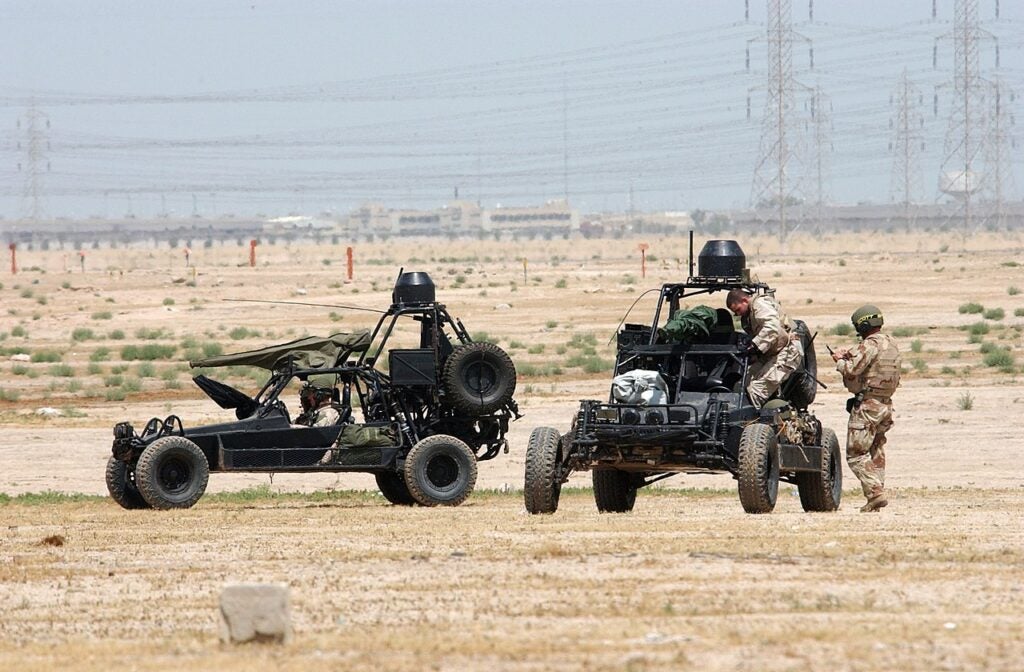 Born in Southern California in 1926, Bruce Meyers always had a connection to the ocean. In fact, after dropping out of high school, he joined the Merchant Marines at 17. However, during a trip to Hawaii, Meyers jumped ship and returned to the California as a stowaway. When he turned 18, Meyers was drafted and joined the Navy.

Meyers was trained as a gunner and assigned to the aircraft carrier USS Bunker Hill (CV-17). In 1945, the carrier served as the flagship of Task Force 58 and accommodated Navy legends Vice Admiral Marc Mitscher and Commodore Arleigh Burke. On the morning of May 11, 1945, Bunker Hill was supporting the invasion of Okinawa when she was attacked and severely damaged.

A Japanese A6M Zero dropped a 250-kg bomb that penetrated the flight deck. Luckily, the bomb exited the ship at the galley deck level and exploded harmlessly in the ocean. The Zero, however, crashed into parked planes on Bunker Hill‘s flight deck. The planes, which were full of fuel and ammunition, caught fire and engulfed the flight deck in flames.

To make matters worse, a second Zero followed up with a similar attack. Its bomb also penetrated the flight deck and exploded in the pilots’ ready room. The Zero, aiming for the ship’s bridge and command team, impacted the flight deck near the carrier’s island. The two attacks occurred in just 30 seconds.

Despite the efforts of gunners like Bruce Meyers to blunt the attacks, 393 sailors were killed, including 41 who went missing and were never recovered. Meyers and hundreds of other sailors were forced into the sea by the raging fires. Being a strong swimmer, Meyers gave up his own life jacket to a shipmate who was forced to abandon ship without one.

166 sailors from Bunker Hill were pulled from the sea by destroyer USS The Sullivans (DD-537). During the rescue, Meyers helped injured shipmates get to The Sullivans. For the next few weeks, he served aboard the destroyer as a swabbie on a stretcher before he was able to return to the Bunker Hill.

After the war ended, Meyers was hired to help construct a trading post on Penrhyn Island in the south Pacific. Wanting to enjoy the Pacific without kamikazes, he stopped in Tahiti on the way home. There he learned to sail outrigger boats and played ukulele on the local radio station. Upon returning to California, Bruce Meyers went to work for Dale Velzy, the first commercial surfboard builder, and learned to work with fiberglass.

Meyers later worked for Jensen Marine, a fiberglass boat builder in Newport Beach. It was company owner Jack Jensen who imparted onto Meyers the guiding principle that led to the creation of the dune buggy: Make it simple and efficient. Don’t add stuff that just adds cost.

Armed with this principle and his knowledge of fiberglass construction, Meyers went to work on his dune buggy project. In 1963, he built the first 12 by hand, primarily for himself and his friends. Meyers named his invention the Meyers Manx Dune Buggy. He sold dune buggy kits until 1965 when it became too expensive to keep up with. Moreover, the simplicity of the design led to cheap imitations undercutting Meyers’ market share. Although Meyers took the copiers to court, the judge ruled in their favor and Meyers went out of business.

Meyers continued his fiberglass work inventing products we see today as commonplace like bedliners for pickup trucks, fiberglass hot tubs, and even the original Can-Am race car bed for kids. At the turn of the millennium, Meyers and his wife, Winnie, resurrected the dune buggy company as Meyers Max, Inc. They released the Signature Series, a 100-series limited edition of the classic dune buggy, along with new models like a 2+2.

Meyers passed away on February 19, 2021, at the age of 94. Both his inventions and his service are worthy of honor and remembrance.