Berlin Airlift ‘Candy Bomber’ Col. Gail Halvorsen dies at 101 - We Are The Mighty 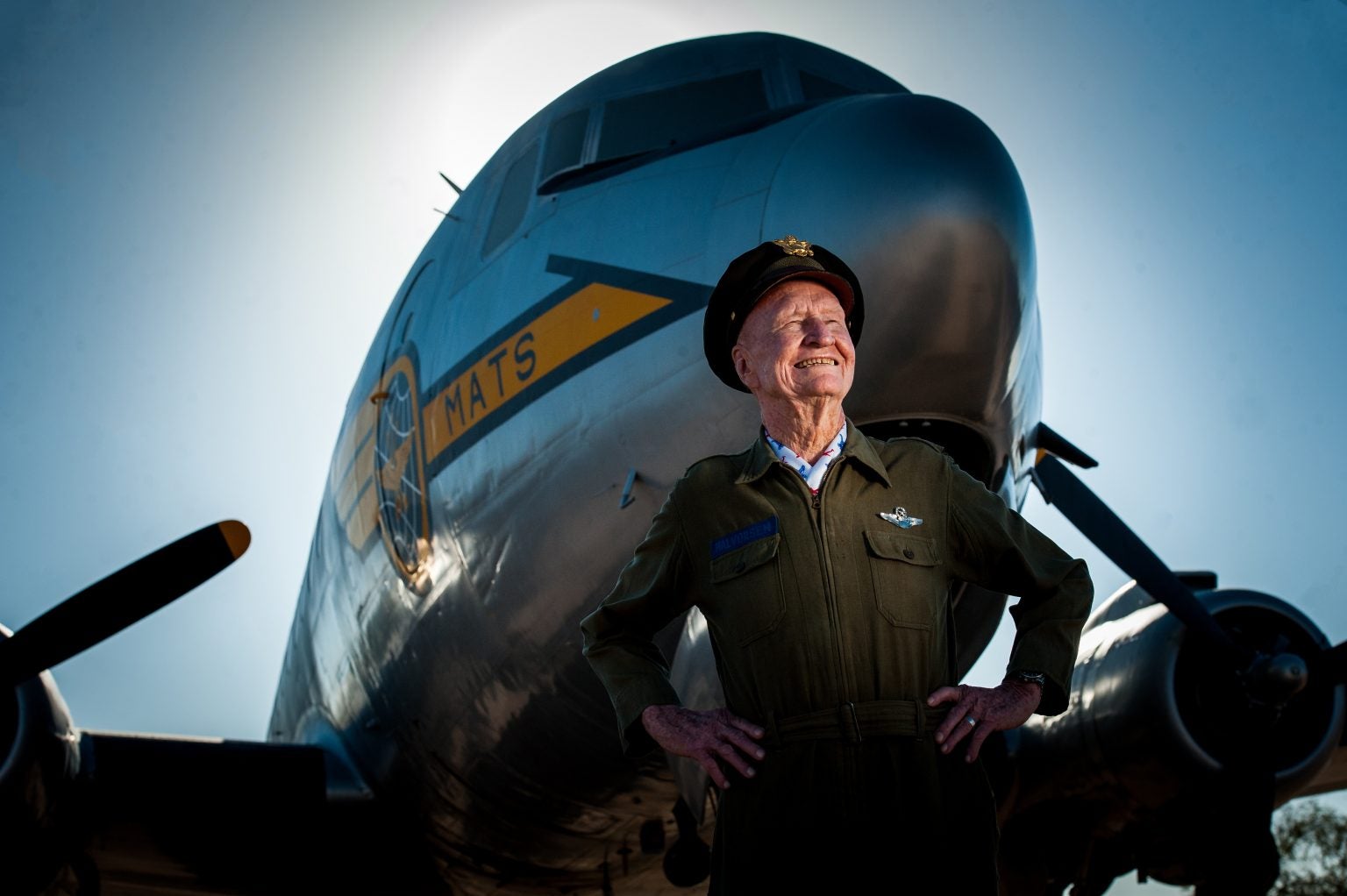 The Berlin Airlift, officially known as Operation Vittles, was one of the most important military operations following the end of WWII. The Soviet blockade of West Berlin prevented vital supplies like food and coal from entering the free side of the German capital. From June 24, 1948 until May 12, 1949, the US Air Force and British RAF flew over 2.3 tons of supplies into the city on nearly 280,000 flights. One of the most notable pilots who took part in the operation was Gail S. Halvorsen.

Halvorsen grew up in Utah and earned his private pilot’s license at 21 through the Civil Air Patrol. At the outbreak of WWII, he joined the Army Air Force and flew C-46 and C-47 transport planes in the South Atlantic. After the war, he stayed in the service and made the transition to the newly formed Air Force. In July 1948, Halvorsen was assigned to the Berlin Airlift flying C-47s and C-54s into Tempelhof Airport. After one of his flights, Halvorsen took some much-needed time off and went on a walking tour of Berlin.

During his time in the city, Halvorsen spoke with a group of local children watching the Allied planes fly in and out. The children expressed their appreciation for the airlift and its preservation of their freedom. Touched by this, Halvorsen offered them a few sticks of gum that he had on him which the children eagerly shared with each other. He told the kids that he would drop more candy for them the next day and to watch for the plane that would wiggle its wings to know which one was his.

Halvorsen collected candy rations from his friends to drop to the children of Berlin on his flights. He even fashioned parachutes out of handkerchiefs so as not to harm any of the recipients with falling sweets. He made these candy drops once a week for three weeks, with the number of waiting children growing each time. The commander of the Berlin Airlift, Lt. Gen. Willian H. Tunner, learned about Halvorsen’s unauthorized airdrops and ordered them to be implemented as an official expansion of Operation Vittles.

Halvorsen’s entire squadron bought up candy and gum in England, stuffed them into little packages, and equipped them with parachutes to drop over Berlin. Word of the candy drops spread back home and American children and sweets companies began donating candy for the cause. Pilots in other squadrons adopted the practice as well, inspired by Halvorsen’s charity. Halvorsen himself became known as “Uncle Wiggly Wings” and “The Chocolate Flier” to the children of Berlin. In the US, he was given the nickname “The Candy Bomber.”

“Little Vittles,” as the candy airdrop came to be known, lasted from September 1948 until the airlift’s end in May 1949 when the Soviet Union lifted its blockade of the city. Although Halvorsen himself rotated back to the states in January 1949, the operation was taken over by his squadron mate, Lawrence Caskey. In total, Allied pilots dropped an estimated 46,000 pounds of candy and used over 250,000 parachutes. Halvorsen received international recognition for his efforts.

Halvorsen received a permanent Air Force commission after the airlift and went on to earn his bachelor’s and master’s degree in aeronautical engineering from the University of Florida. He worked on the development of cargo aircraft at Wright-Patterson Air Force Base, Ohio from 1952 to 1957 before joining the newly formed Air Force Space Systems Division in California. With the new division, Halvorsen worked on the Titan III launch vehicle and the X-20 Dyna-Soar reusable spacecraft programs. He also commanded the 6596th Instrumentation Squadron at Vandenberg Air Force Base, California. In 1970, Halvorsen returned to Tempelhof to command the Air Force’s air base group there. His final assignment was as the inspector general for Ogden Materiel Center at Hill Air Force Base, Utah. In 1974, Halvorsen retired as a Colonel with more than 8,000 flight hours.

The Candy Bomber went on to organize candy drops in other war zones likes Albania, Bosnia-Herzegovina, and Iraq. As a goodwill ambassador for the Air Force and the US, he made thousands of speeches about Operation Vittles and Little Vittles. Halvorsen also wrote the books The Berlin Candy Bomber and The Candy Bomber: Untold Stories from the Berlin Airlift’s Uncle Wiggly Wings about his experiences. The Air Force awarded him the Legion of Merit and the Cheney Award for Humanitarian Services. The service’s Halvorsen Cargo Loader is named for him as well as the C-17 Aircrew Training Center in Charleston, South Carolina. He also received the German Order of Merit Service Cross, the Congressional Gold Medal, and was inducted into the Utah Aviation Hall of Fame.

On February 16, 2022, Halvorsen died at the age of 101. “We have lost a beloved Airman and an inspiring human…,” tweeted Command Sgt. Maj. of the Air Force JoAnne Bass. “During Berlin’s darkest hour, he was the light that shone through. My heart goes out to the friends and family of Gail Halvorsen… the ‘Candy Bomber.'”