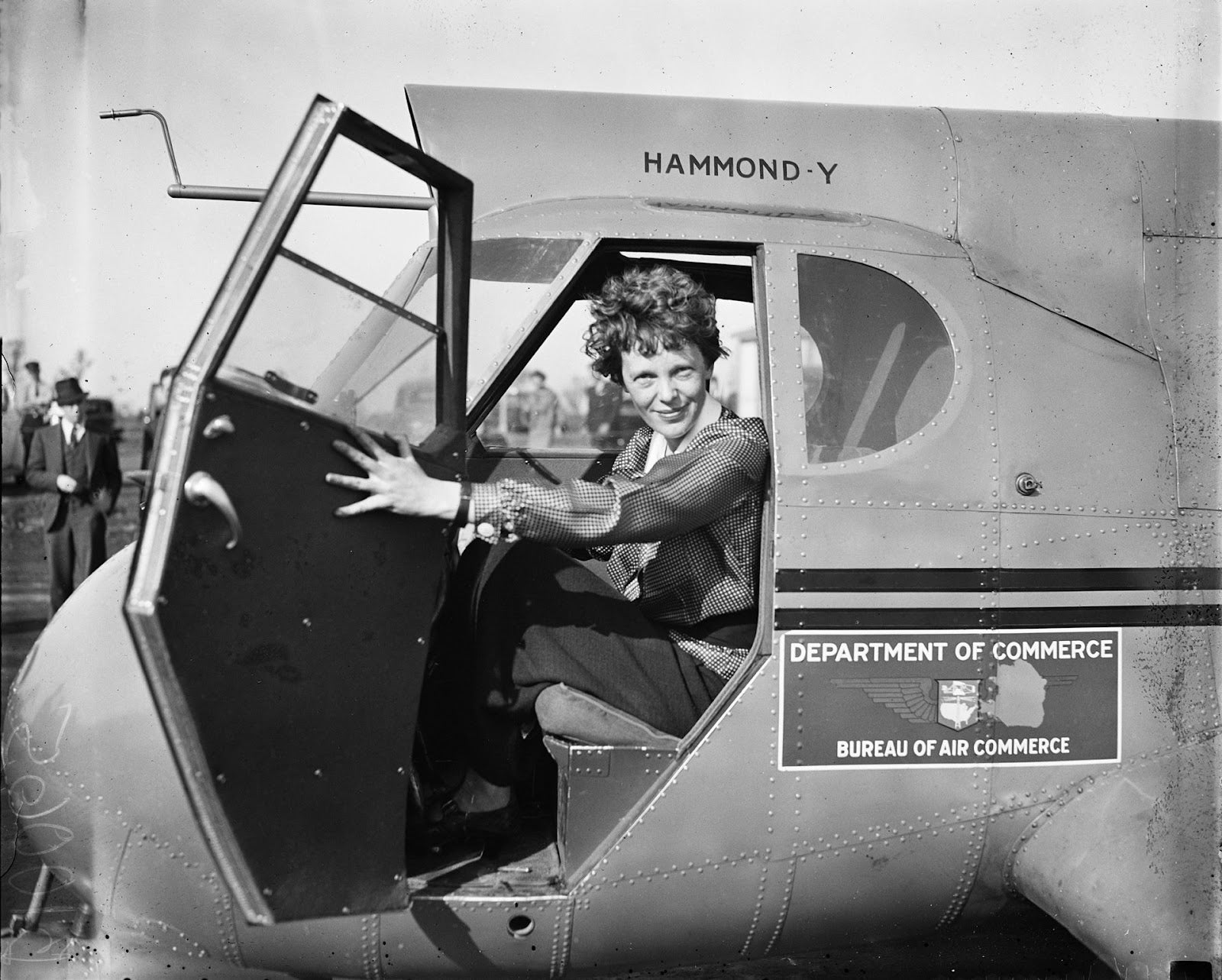 At the Capitol’s Statuary Hall Collection, a new piece was added: a bronze cast of Amelia Earhart. The first woman to fly solo across the Atlantic hailed from Atchison, KS. Earhart’s addition to the room is notable, as most states are represented by men; Earhart is just the 11th female in the collection, while one of Rosa Parks stands without being backed by a state.

Kansas’s other statue is of former president Dwight D. Eisenhower, who also hailed from the state.

In the statue, Earhart is donning a leather bomber jacket, her usual flying uniform, her hair is tousled and notoriously short, as if she were flying through the air.

The newest statue in Statuary Hall. Image via DoD.

In 1923, at 25 years of age, Earhart became the 16th female to earn a pilot’s license in the United States. She began taking on more and more flying gigs, despite dealing with sinus issues that caused pain at high altitudes. She was often praised for her natural abilities which led to quick learning and many accolades.

Amelia Earhart was the first female aviator to fly solo across the Atlantic Ocean. Though she had been flying for years, it was this trip that shot her into the limelight. She surpassed many other records, including first first aviator to fly solo from Honolulu, Hawaii, to Oakland, California, solo from Los Angeles to Mexico City, Mexico City to New York City, and earned seven women’s speed and distance aviation records.

Earhart received a Distinguished Flying Cross, Cross of Knight from France, and the Gold Medal from the National Geographic Society.

In addition to being a world-famed pilot, Earhart was a best-selling author, having written a book on her flying expeditions, a military nurse, social worker and a poet. She also helped form the Ninety-Nines, which is a group for female pilots.

Earhart then planned a round-the-world flight that would cover some 29,000 miles. The first attempt was unsuccessful, and the second, she and a navigator traveled some 22,000+ miles before they disappeared. There are many theories as to what happened, but nothing has been confirmed. The pair were declared dead after two years.

The statue comes after two decades of planning and seven years of building and/or shaping. Builders and brothers, George and Mark Lundeen, of Colorado, earned the gig after winning a competition.

A ceremony was held to unveil the statue, where Speaker of the House, Nancy Pelosi, spoke, as did Kansas Governor, Laura Kelly.