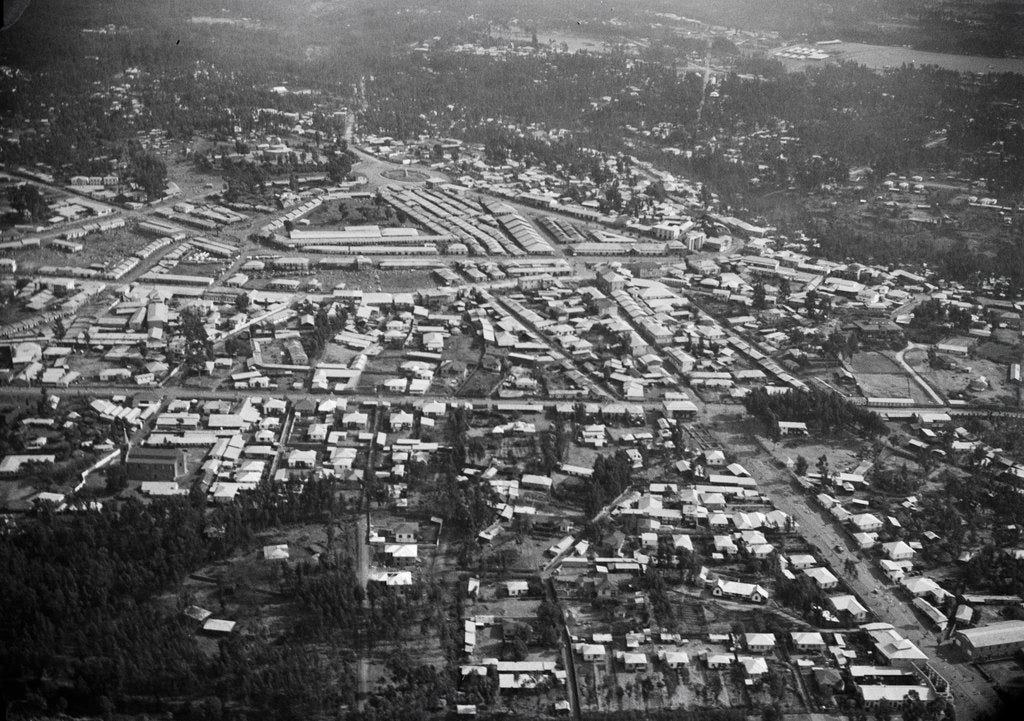 In the summer of 1935, most of the world had no idea that various conflicts in different regions would explode into an all-out World War. World War I was supposed to have ended the conflicts between “great powers,” but that belief didn’t extend to the so-called “great” powers bullying smaller neighbors.

By the mid-1930s, Japan had already invaded Chinese Manchuria, setting the stage for the coming war in the Pacific. Adolf Hitler was Chancellor of Germany, slowly rearming the country for its war of conquest in Europe. Meanwhile, Axis Italy was setting its sights on a new Roman Empire that would encompass the entire Mediterranean Sea.

Before Italian dictator Benito Mussolini began fighting the countries surrounding the middle sea, however, he decided to settle an old score, one that was an embarrassment to the Italians and their military: Abyssinia.

Today, the area then-known as Abyssinia is what we call Ethiopia. Ethiopia stands out among its fellow African nations as the one country that was never conquered or colonized by European powers, something they are (rightly) proud of to this day. When Europe carved up Africa, Italy was “given” East Africa – including Ethiopia – to subdue and colonize. The Italians were in for a big surprise.

In 1895, the Italians invaded Ethiopia with 35,000 troops and advanced weapons, believing the backward Africans and their primitive weapons would crumble quickly. Although their invasion met with some initial success, the Ethiopians, even with obsolete rifles, swords, and spears, raised 135,000 men and soundly defeated the Italians.

40 years later and fully rearmed, Mussolini returned to Ethiopia with 200,000 Italian troops. This time, however, tech like radios and modern artillery made an Ethiopian counterattack difficult. The widespread aggression by the Axis powers made many around the world suddenly able to see the writing on the wall.

In New York’s Harlem neighborhood, the Italian invasion of a worldwide symbol of African unity and the last independent African nation was too much to bear. People took to the streets to call the U.S. government’s attention to Ethiopian Emperor Haille Selassie’s call against territorial aggression.

When that didn’t work, Black Americans began enlisting to fight in Ethiopia alongside the Ethiopian Army. Unfortunately, few of those volunteers ever made it to Africa. The United States government blocked their travel, under a law that prohibited fighting for another nation unless that country was an ally of the United States.

In the streets of New York, things grew increasingly tense as Black Americans from Harlem and some 100,000 Italian-Americans in Little Italy clashed in demonstrations and counter-demonstrations.

All was for naught, however. By 1936, Italy annexed Ethiopia as part of a new Italian Empire. Emperor Haile Selassie was forced to flee and the country would not regain its independence until the end of World War II. The forces of the British Empire would liberate Ethiopia from Italian domination in 1942 but full independence would not come until the Axis was banished from Africa.

Black Americans like John Robinson returned to Addis Ababa with the Emperor, took charge of the Ethiopian Air Force and trained its pilots. Today, that legacy can be seen in Ethiopian Airlines, one of Africa’s largest companies and a giant of African aviation.