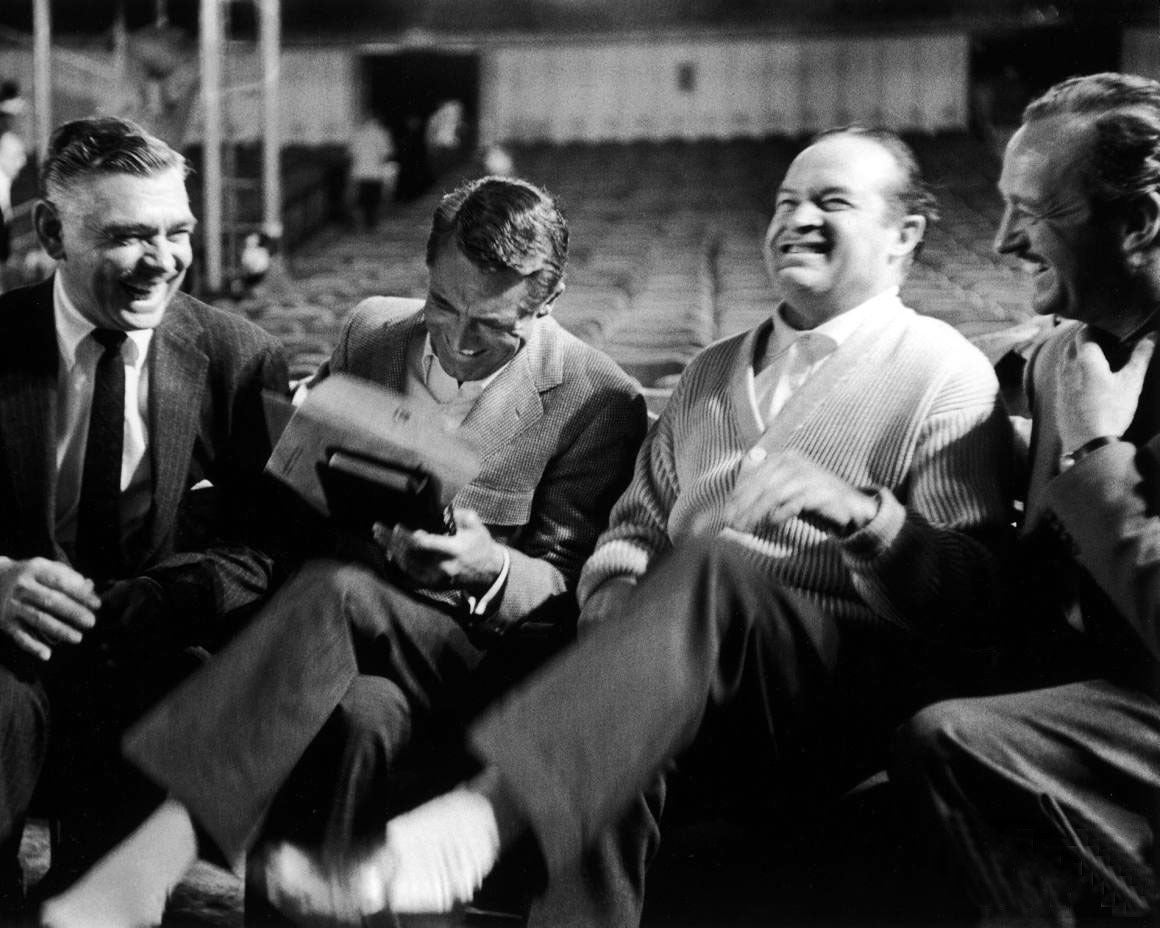 He was always two different people, onscreen and off. At once a dashing, dapper—slightly dandy—charmer, James David Graham Niven could also easily summon rare toughness. You don’t have such a glittering Hollywood career without all these attributes.

Known for many things, including his pencil mustache, devilish grin, and slicked-back hair, Niven seemed to glide through films with a martini in one hand and a sophisticated wave with the other. His turns as cads, heroes and yes, even seemingly indifferent ideologues propelled him to stardom. And if nothing else, Niven was proof that what was crafted onscreen with careful skill and polish paled in comparison to the real life lived by the face on a movie poster. In fact, David Niven is one of a handful of Hollywood legends that left behind stories so hilarious and hard to believe, they’d dazzle Richard Harris.

Niven was born in 1910 in London. He had a varied life in his youth and found his way into acting. Like many of his generation, he joined the cause in World War II and became an officer, leading men in reconnaissance work fighting the Nazis. Such experiences no doubt added to the realism in his later film roles (such as “The Guns of Navarone,” in which his normally fancy persona gave way to a tough soldier on a mission. At one point he makes a gritty, grim decision to serve the greater cause, and this performance held up more than fine opposite Gregory Peck).

For all his dash, Niven remained a humble man. Like many who saw actual combat in war, he very rarely spoke of it. In fact, he once said, about a visit to a friend’s son’s grave after the Battle of the Bulge:

“I will, however, tell you just one thing about the war, my first story and my last. I was asked by some American friends to search out the grave of their son near Bastogne. I found it where they told me I would, but it was among 27,000 others, and I told myself that here, Niven, were 27,000 reasons why you should keep your mouth shut after the war.”

Also a successful author, Niven wrote the way he spoke, that is, elegantly and with great wit and style. Recalling a dinner party in Hollywood for new starlet Sophia Loren, Niven had this to say:

“The photographers outnumbered the guests, but Sophia was delighted and, in a very low dress, gave them everything she had.”

He also recalled in his book, Bring on the Empty Horses, about another dinner in honor of, of all people, Soviet premier Nikita Khrushchev. Seated next to Madame Khrushchev, Niven and Frank Sinatra quietly sized her up.

“Madame Khrushchev was a sweet-faced motherly lady with an almost totally square frame encased in a black tent.”

Niven’s key eyes of observation also revealed fascinating little vignettes of the famous. His improbable close friendship with the notoriously grumpy Humphrey Bogart allows some insights into this film icon. And, conversely, it was Niven’s easy demeanor and overall panache that endeared him to folks like Bogart. He said of the film noir veteran that Bogart generally disliked socializing with actors and much preferred the company of writers like John Huston, Alistair Cooke, and others.

Real-life events reinforced his reputation as a quick-witted rogue.

At the 1974 Oscars, Niven was surprised initially when a streaker ran behind him as the actor was preparing to introduce Elizabeth Taylor. Gathering himself, Niven responded famously:

“Well, ladies and gentlemen, that was almost bound to happen… But isn’t it fascinating to think that probably the only laugh that man will ever get in his life is by stripping off and showing his shortcomings?”

In the end, the dandy with the pencil mustache died the way he lived, peacefully, at his home in Switzerland. The man that had starred in hits like “The Bishop’s Wife,” “Death on the Nile,” (and two Pink Panther movies!) was 73 and still in demand in Hollywood.

The fellow that dined with elites and also slogged through the mud of World War 2 had for decades played his best role: himself.