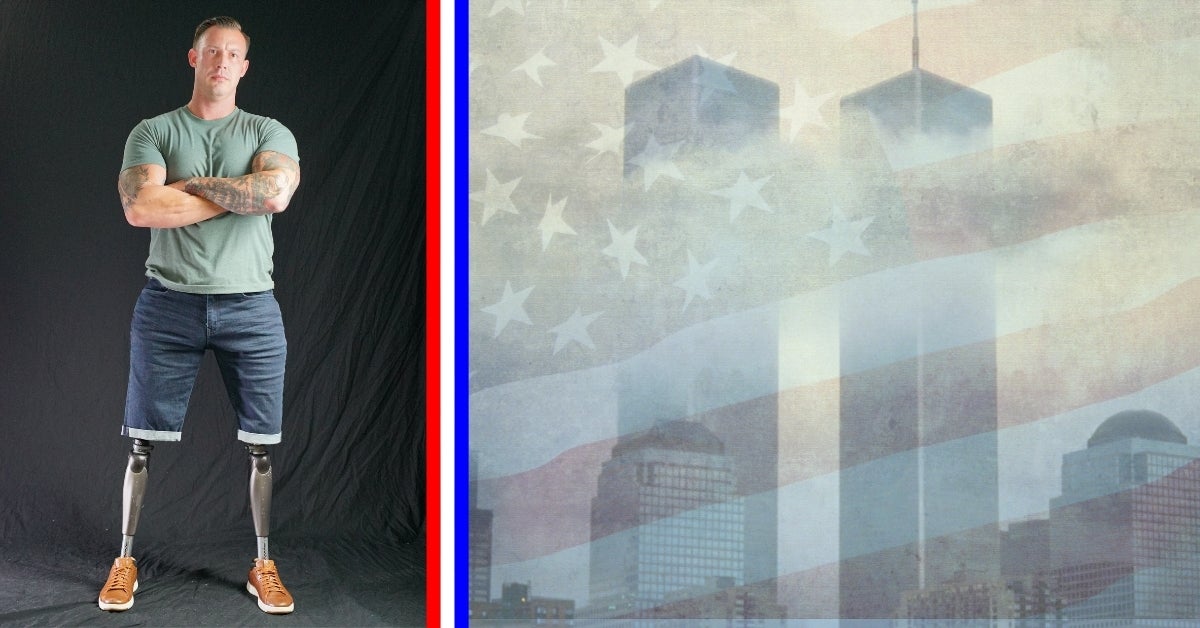 On Saturday, September 11, 2021, America will observe the 20th anniversary of the terrorist attacks which changed the world as we know it. Retired Marine Staff Sgt. Joey Jones, a FOX News contributor, is proud of the network’s commitment to ensuring America never forgets.

The network launched almost 25 years ago and remains a dominant force in the news media. Jones is not only a regular contributor for the channel but also hosts a variety of shows through FOX Nation. And for him, it’s more than a job.

“A lot has happened in 25 years. We’ve fought a few wars, had two presidents impeached, Cinderella stories in sports and in life. Now we’ve even survived a massive pandemic,” he said. “As a 35-year-old veteran, FOX has been there my entire adult life helping provide the coverage necessary to be informed and form my own opinions. And we’re just getting started.”

Severely injured in Afghanistan while deployed with the Marine Corps as an IED tech, Jones has made a name for himself on the network alongside veterans like Pete Hegseth. Viewers often hear both vets share first-hand accounts of war and the unseen impacts it can have. For the anniversary of 9/11, Jones explained the importance of its coverage.

“Fox is based in NYC. The people I work with were there when the towers fell, so many of them lost friends and loved ones,” he shared. “When you walk in the building at 1211 Ave of the Americas, you feel patriotism beaming from the security guards, hair and make-up pros, all the way to the production staff. As on-air talent it’s my job to do them justice every day, not just the week of 9/11 — but it’s definitely felt more than just on this anniversary.”

The lineup of programming for the weekend of remembrance is extraordinary.

It began with Hegseth contributing to FOX and Friends morning show on September 10. As a former infantry Captain in the Army National Guard who deployed for the War on Terror multiple times, the significance of the day is always felt, he had said. Hegseth broadcasted his reflections live from lower Manhattan at a location overlooking the National September 11 Memorial at Ground Zero.

Harris Faulkner, a self-proclaimed military brat and host of The Faulkner Focus (which airs at 11am eastern during the week) featured interviews from NYPD officers to share perspective on the somber day. The intentional focus and commitment will continue throughout the evening.

On the day of the anniversary, viewers have an intense lineup of specials to commemorate the day beginning with an 8am EST moment of silence. The news programming throughout the day will be live from lower Manhattan. On FOX Nation, viewers can see Lost Calls of 9/11, including I Can Hear You: President Bush at Ground Zero hosted by Martha MacCallum.

Countdown Bin Laden presented by FOX News Sunday anchor Chris Wallace will be available on Sunday, September 12 through FOX Nation. The program tells the story of August 27, 2010, when three CIA officers met with then-Director Leon Panetta about a courier with deep Al Qaeda ties and a connection to a mysterious three-story compound at the end of a dead-end street in Abbottabad, Pakistan.

Those who listen to podcasts can head over to FOX News Audio for FOX News Rewind: 9/11, which looks back on the events leading up to the attack.

With the recent fall of Afghanistan to the Taliban, Jones said he recognizes the increased intensity of the day for veterans and Americans. But within the emotions he feels there’s an opportunity.

“I think we need to take inventory of our lives. Realize the drastic and dramatic changes still felt from the day,” he implored. “The memories of those we lost are felt in our daily loves not just enshrined in stone or media. We need to honor them every single day.”

Those unable to watch coverage live can see the footage as well as all 9/11 programming through their app by signing up for FOX Nation. Military members and veterans receive this benefit completely free of charge for an entire year as a part of FOX News’ commitment to serve those who serve.