How the Gulf War created the largest airport in the world 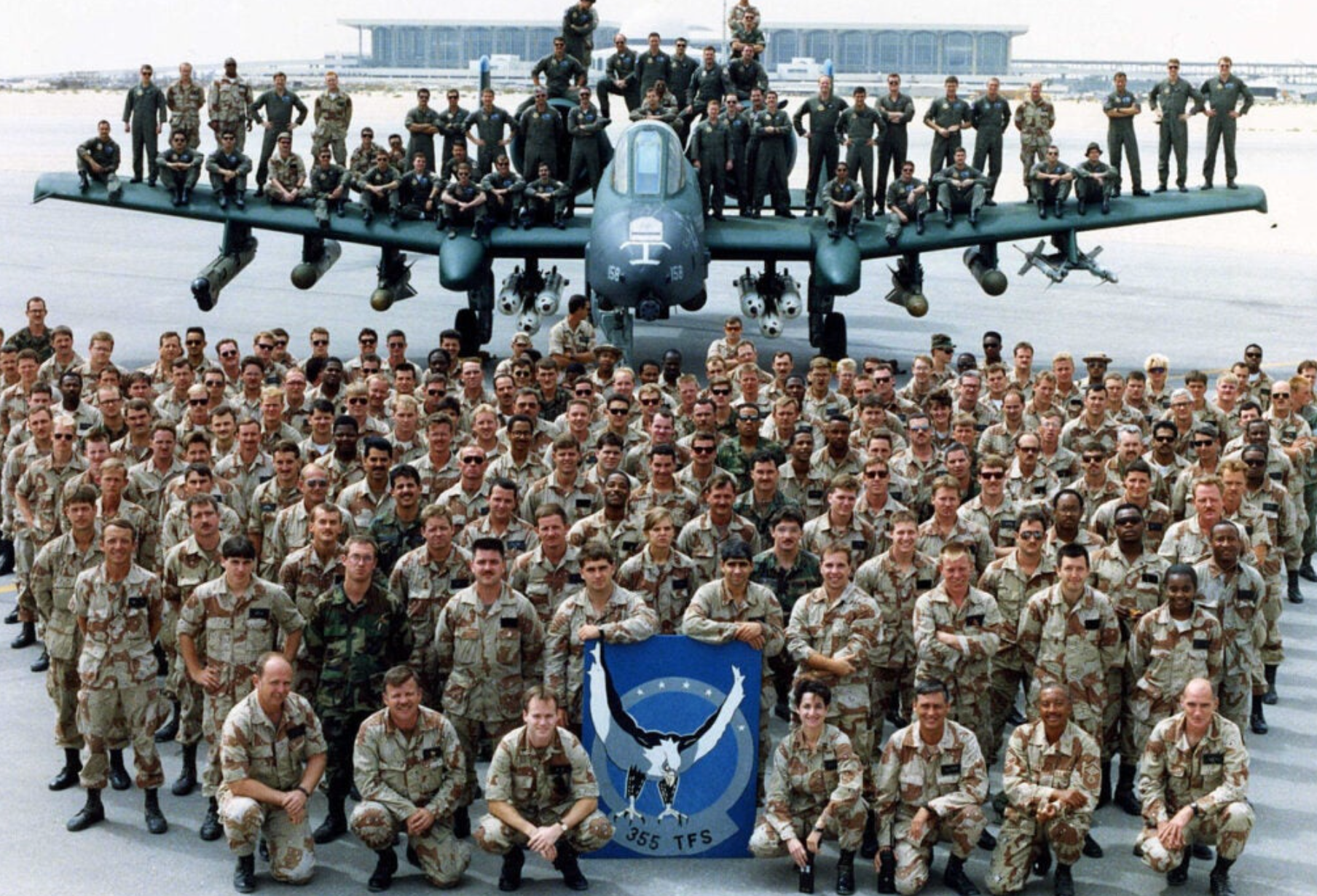 Modern airports are practically mini cities in their own right. Most house restaurants, shops, hotels, and even places of worship. While Dallas/Fort Worth International Airport covers an impressive 26.88 square miles and Denver International Airport sprawls over a whopping 53.09 square miles, neither airport comes close to the largest airport in the world. In fact, the combined areas of Dallas/Fort Worth, Denver, Orlando International, Washington Dulles International, and George Bush Intercontinental don’t even equal half the overall area of the world’s largest airport.

During Operation Desert Shield in 1990, coalition forces faced the enormous logistical challenge of staging the invasion force that would push Saddam Hussein’s forces out of Kuwait. Much of the coalition assembled in Saudi Arabia for the follow-on offensive Operation Desert Storm which would begin in January 1991. King Fahd Airport in Damman, Saudi Arabia was selected as one of the staging locations.

Construction of the airport, named for the ruling Saudi king at the time, began in 1983. Basic infrastructure was complete by the end of 1990 which allowed coalition forces to use the airport as a base. However, the massive invasion force required additional facilities and the airport was expanded to include maintenance and storage facilities and a tent city. With its increased size, King Fahd Airport ending up hosting 144 A-10 Thunderbolt IIs and other coalition aircraft including the 101st Airborne (Air Assault) Division‘s AH-64 Apaches, UH-60 Black Hawks, and CH-47 Chinooks. Later in the war, operations were transferred to Ahmad al-Jaber Air base in Kuwait.

As a result of the Gulf War expansion, King Fahd Airport grew to cover 299.61 square miles. For reference, the combined area of all five New York City boroughs covers 302.6 square miles. Denver International is the largest airport in the US by land area and second largest in the world and it doesn’t come close to King Fahd. In fact, the airport is larger than the entire neighboring country of Bahrain. While the airport’s official size is recognized by the Guinness Book of World Records, the airport’s official website reports that it only utilizes 22.83 square miles of its available area. But, even that much smaller number puts King Fahd in the top 10 largest airports by area.

Despite its size, King Fahd International Airport is only the third busiest airport in Saudi Arabia with an average of just over 10 million passengers passing through annually. Still, the airport features an onsite mosque that can accommodate up to 2,000 worshippers, a residential community that can house up to 3,000 people, greenhouses to support the airport’s landscaping, and even a Royal Terminal reserved for the Saudi Royal Family, government officials, and their guests.