Did you know this military branch captured the first POWs of Desert Storm? - We Are The Mighty

Did you know this military branch captured the first POWs of Desert Storm? 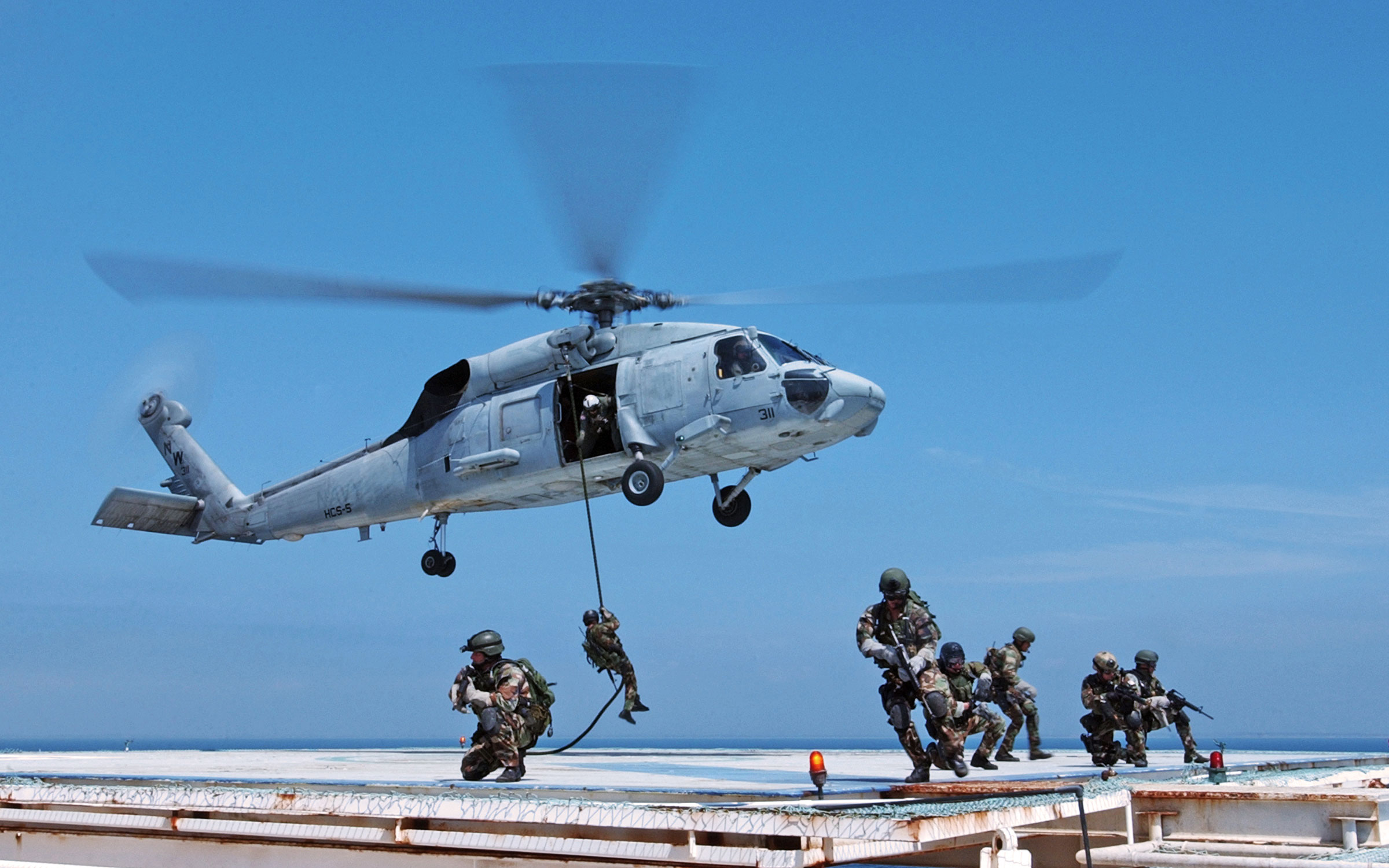 The Iraqi invasion of Kuwait on August 2, 1990, was the beginning of what became known as the Gulf War. The United States responded to the invasion with Operation Desert Shield, a defensive mission to prevent Iraq from invading Saudi Arabia. Following the organization of an allied coalition, the United States went on the offensive to drive Iraqi forces out of Kuwait. This mission was known as Operation Desert Storm.

In the early morning hours of January 17, 1991, the air campaign of Desert Storm began. Planes, helicopters, and cruise missiles struck Iraqi targets from the sky. The enormous air effort involved more than 1,000 sorties every day with the intent of softening up Iraqi defenses for the eventual ground invasion. Meanwhile, at sea, Coalition naval forces were given the difficult task of driving Iraqi forces off of coastal oil fields with minimal collateral damage.

Iraqi troops placed observation posts on oil platforms in the Dorrah oilfield 40 miles off the Kuwaiti coast. These positions allowed them to gather intelligence on Coalition aircraft and ship movements and establish anti-air and anti-ship missile launchers. USS Nichols (FFG-47) and Kuwaiti fast attack ship Istiqlal (P 5702) conducted the first surface engagement of the war against the platforms on January 18 to neutralize these threats.

Under the cover of night, the ships crept within a mile of the platforms. Army OH-58D Kiowa and Navy SH-60B Seahawk helicopters launched a volley of precision air-to-surface missiles and destroyed Iraqi positions on two of the platforms. The strike ignited an ammunition stockpile on one of the platforms which lit up the night sky. Six Iraqi soldiers attempted to flee the attack in a Zodiac but were captured by Istiqlal. They became the first Iraqi POWs of the war.

After capturing the Iraqis on the Zodiac, Istiqlal rejoined with Nichols. The two ships maneuvered to engage the remaining platforms and shelled them for an hour. Following the bombardment, an Arabic-speaking crewman aboard Nichols called out on the ship’s loudspeaker for any Iraqis wishing to surrender to raise their hands. At least one Iraqi was seen via infrared to be waving his hands. With the naval bombardment over, SEAL teams landed on the platforms to secure them.

Once on board the platforms, the SEALs encountered Iraqi resistance. Gunfights ensued on the platforms for several hours and resulted in five Iraqi deaths. There were no Coalition casualties. The SEALs captured 23 more Iraqi POWs on the platforms, thus ending the Battle of Ad-Dawrah. The engagement was a fast, efficient, joint and international, multi-domain operation that resulted in minimal collateral damage and loss of life.