MIGHTY 25: Monica Fullerton wants you to support military spouses through commerce - We Are The Mighty 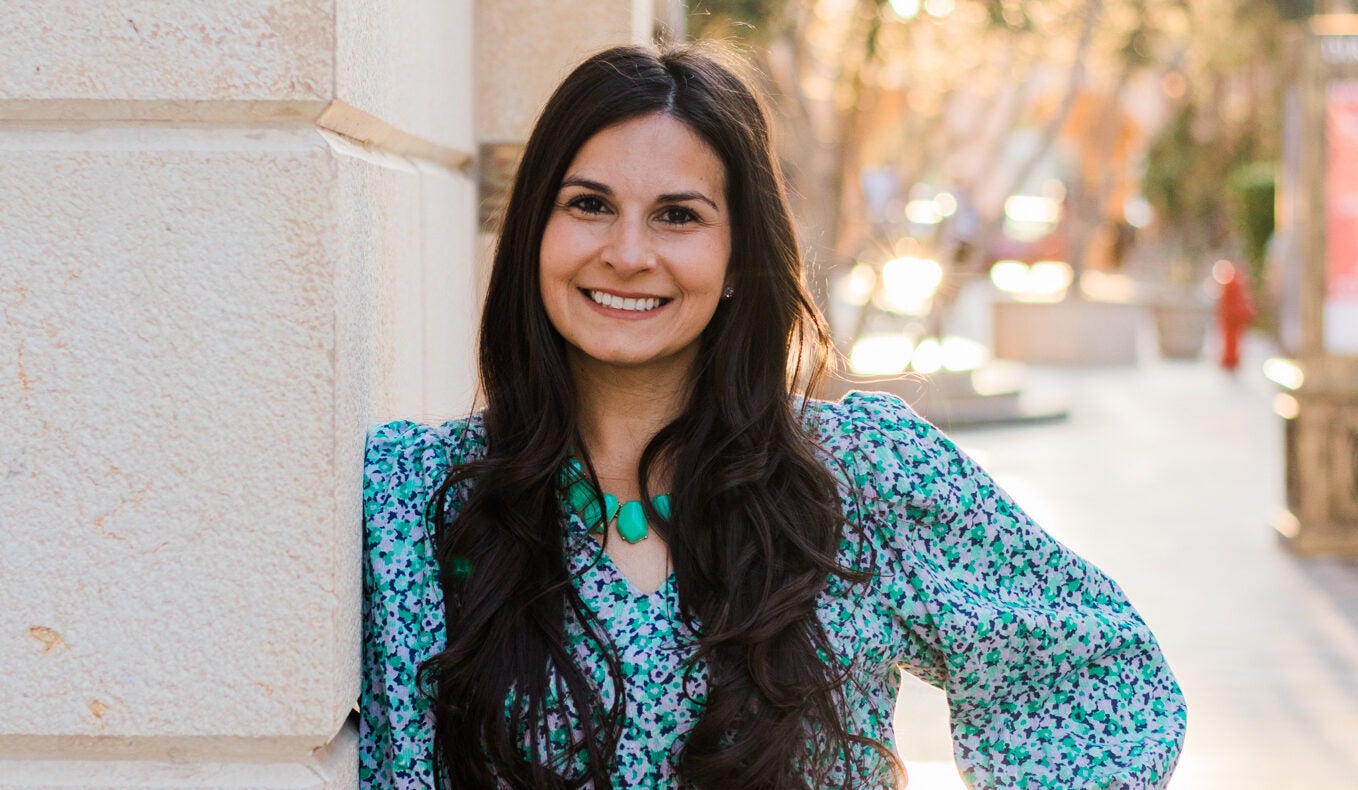 This Air Force spouse is used to facing challenges head on. But it was Monica Fullerton’s unwavering dedication to creating an online marketplace platform for all military spouses and veterans which earned her the MIGHTY 25 Award.

Fullerton launched her global, online platform Spouse-ly in the midst of COVID-19 while raising 5-year-old twins. “To be recognized by the Mighty 25 is such a huge honor, I launched Spouse-ly right before the pandemic and I wasn’t quite sure what to expect,” she said. “But we’ve constantly proven our mission is viable, powerful and impactful. Being alongside other powerhouses just solidifies anything is possible if you just believe in yourself and keep pushing forward no matter what.”

The notion of having confidence in herself has always been a part of who she is, too. Fullerton shared how she had everything planned out for her life. A career in broadcast journalism was at the top of the list… until a certain Airman would change everything.

“I finished my master’s degree and decided love had won that battle. We married and moved to San Antonio, Texas. That’s pretty much where my military spouse life started,” she explained. Though she had great opportunities, it wasn’t lost on her how most military spouses around her didn’t.

She didn’t know it yet but she was soon going to be a part of changing the narrative.

Fullerton shared the story of being in a car with other Air Force spouses: a photographer, private investigator and a coffee roaster. “Everybody was so talented. At that moment, I knew I wanted to bring everyone together in one easy place to shop small and make a big impact,” she said.

And, she did. As for the name, Spouse-ly, it was a tongue-in-cheek comment Fullerton said often with her close knit creative-minded friends. “Fast-forward, I got everything in place. I had a veteran-owned website developer and got my business plan together. All within less than a year and we launched right before the pandemic,” she said with a laugh.

But despite the initial challenges, to her it was a blessing in disguise. “Now, more than ever people are looking for ways to purchase with purpose and make a bigger impact by giving back to those who give,” Fullerton said.

The mission statement on the Spouse-ly website highlights the deep need for purposeful purchasing: Our mission at Spouse-ly is to offer quality products and services from military and first-responder families. Spouse-ly is a community championing and supporting one another while we’re on the move.

The company now boasts over 300 military spouses, first responder and military veteran vendors on its online marketplace. “We are adding more on a daily basis and it’s been all word of mouth. It’s just been so exciting,” Fullerton shared.

Prior to the pandemic, continuous research showed the military spouse unemployment rate hovering around 24% but COVID-19 brought it to an alarming 38%. With COVID forcing companies to close their offices and set up remote working, Fullerton said it brought the realization of what could have been happening all along.

“I’m so glad it has finally opened other companies’ eyes to the benefits of remote work. It is possible and hiring a military spouse or people who are so used to multi-tasking are some of the best employees you could ever have,” she added.

With most military families PCSing every two to three years, it can be difficult to create an atmosphere conducive to traditional workforce roles. “Entrepreneurship is not only a choice, it’s also something which really provides flexibility and stability which is bridging the gap in high unemployment for military spouses. It’s also giving them their identity back,” she added.

Another important thing to note is how inclusive the organization is. Though military spouses or veterans are supported in programming for the community, first responders and their families are often segregated. No more.

“When we say supporting our nation’s heroes, they are right there. When I think of a police officer’s spouse and what they face on a daily basis. Not knowing if they are coming home or what could happen. It’s the same feelings we have as a military family,” Fullerton said.

Fullerton said she’s done her best to utilize her platforms to be transparent about the highs and lows of business-ownership. Though Spouse-ly has been recognized by the likes of Forbes, CNBC, Medium and Success –– it wasn’t an easy road.

“We all get caught up in the success we see on the front side but we don’t see what goes on behind the scenes. Unfortunately, people get caught up in seeing it in that way and they end up giving up,” Fullerton said. “It’s a process. We are very much still in growth mode but it is a team effort and we are doing it together.”

The sky’s the limit for this dynamic entrepreneur committed to bringing an entire community up for the ride with her. It’s so Mighty 25 of her. Pun intended.
To learn more about Spouse-ly and how you can serve those who serve, click here.