MIGHTY 25: Sgt. 1st Class Elizabeth Marks swims her way through the fight - We Are The Mighty 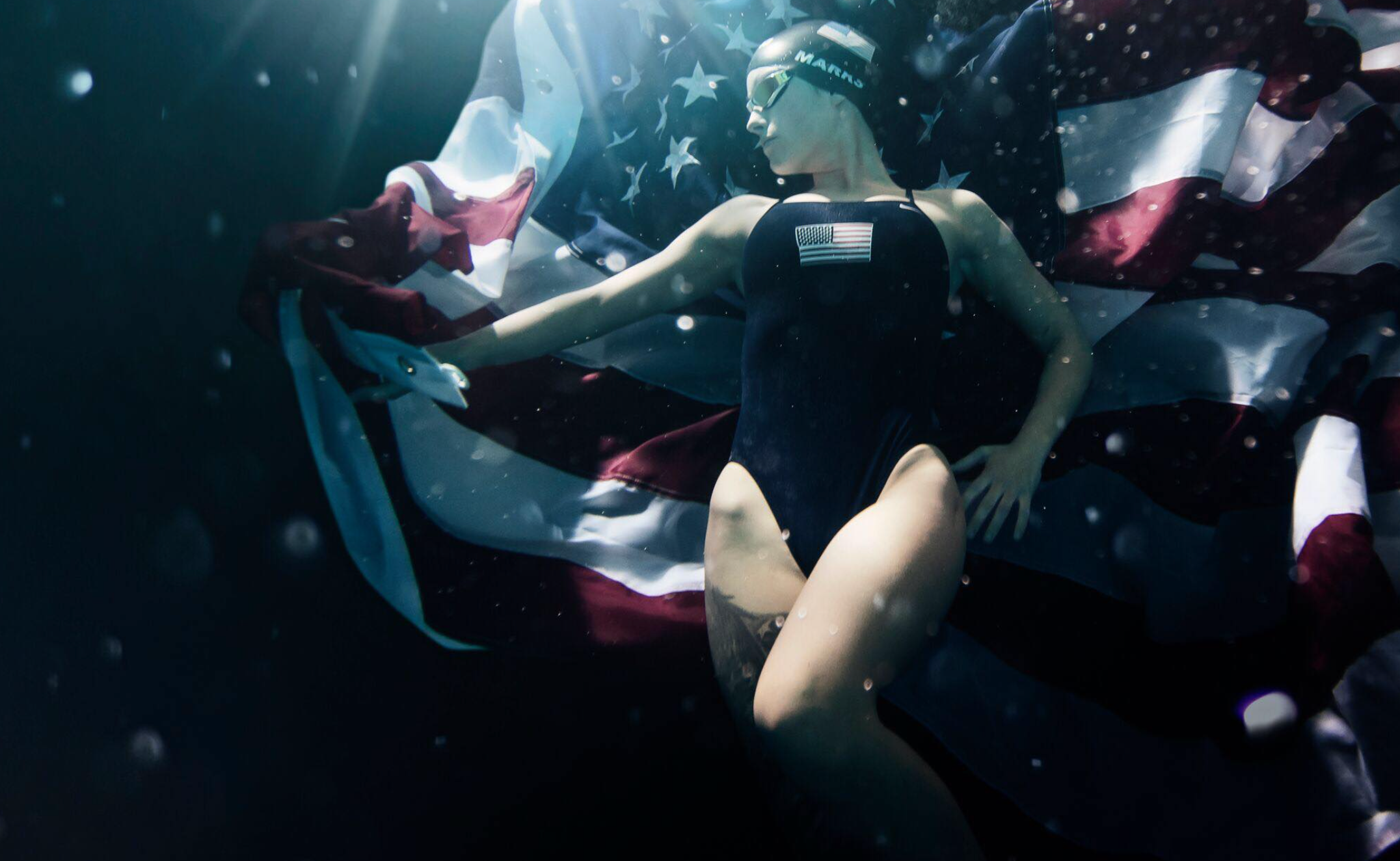 Army Sergeant 1st Class Elizabeth Marks was gravely injured during her 2010 Iraq deployment. But despite the extensive surgeries, health scares and never-ending challenges, she never left the battlefield. In fact, she brought it to the water.

Though this Combat Medic is known for her prowess in the water as a soldier in the Army’s World Class Athlete Program (she’s a five-time Paralympic medalist), her childhood was rough. It would prepare her well.

“I went through a program called Arizona Project Challenge for at-risk youth,” Marks explained. “Everyone who was an officer or a leader there was either prior service or actively in the Guard or Reserves. They were from all different branches of service and the program really saved my life. I was 16 when I graduated and it made me want to join the military.”

Raised by a Marine Vietnam War Veteran, his only ask was for her to choose something besides the Corps. Coming home with paperwork to become a Combat Medic soldier didn’t excite him, though.

“I chose combat medic kind of on a whim and I fell in love with my job. I absolutely loved being a combat medic. I love the community. It’s such an honor to get to serve next to these people and then, also as a medic, to get to take care of them,” Marks explained. “I fell in love with my job and then when I was injured in Iraq, I was nervous I wasn’t going to continue to do that. So, I fought very hard to remain a medic and remain in the military and accidentally found swimming because of it.”

Though many were pushing for her to be medically retired, Marks refused to give up trying to stay in the Army. “I had a very good case manager, Bill Liao, who has prior service as a medic himself. And it got really hard a few times to fight, to stay and they just really stuck through it with me,” she shared.

One day she ended up at a pool for some exercise during her recovery and the rest, as they say, is history.

“They encouraged me to come to practice every morning, seeking to teach me how to swim the right way so that I could try out for Warrior Games. And I had no idea that this even existed,” Marks said.

Riding the high of Warrior Games, she discovered she could take her swimming even further — and do it as a soldier, too.

“I chased times every weekend until I hit a standard time and I dropped an application for the World Class Athlete program. On July 3, 2012, I was found fit for duty, as well as accepted to the world class athlete program as their first Paralympic swimmer,” she shared.

Marks found herself in a space of advocacy for service members and veterans, using her platform as an athlete to bring awareness to the issues faced by the military community.

“I’ve known generations in the military, like my father’s generation as a Vietnam Veteran, they suffered in silence for a long time. They worked very hard so that my generation didn’t have to,” she said. “It’s our responsibility to then take care of the next generation, not blame them or belittle them. I think that it’s our job to leave things better for them than even we’ve had.”

So, what would surprise people about her? For one, Marks is insistent she’s actually not competitive.

“I’ve worked very hard but there’s been people surrounding me that have worked equally hard for me to have these achievements,” she explained. “I’m also not competitive, which no one believes. I don’t have that natural ability to have that kind of anxiety and want to beat people. I am actually really introverted.”

Marks is also a voracious reader of things like history and theology, she added.

“I’m married to a social butterfly who is very extroverted,” she laughed. “I can go to a public speaking engagement, and I’m happy to speak in front of thousands or millions of viewers. I definitely enjoy my time with my cats and my husband.”

Though she has found her way of healing through her combat injuries, Marks has remained vocal and open about her continued struggle with PTSD.

“I have survivor’s guilt and it has driven me to want to achieve for my military brothers and sisters who are in or out. They’re always a part of that family. But a lot of times people will look at my military bio or sports bio and they think that I must have it all together … but I absolutely don’t,” she explained. “I think perfection or the facade of being okay is dangerous and everyone struggles. I struggle every single day and I get to find purpose again every single day. I have coped through challenging myself and finding a network of people who believe in me more than I believe in myself. And most of the time when I compete and when I do achieve, it’s because of the veteran population and my desire to make them proud.”

In 2016, she was recognized with the Pat Tillman Award for Service at the 2016 ESPY Awards. Marie Tillman, president of the Pat Tillman Foundation, said in her remarks that Marks “embodies the same strong sense of duty” as Pat Tillman, by “challenging herself, fellow soldiers and her teammates, physically and mentally, to push limits and achieve their best in spite of injury or other setbacks.”

Looking back on her achievements, advocacy efforts and even the road traveled sometimes still makes her catch her breath, Marks said. But her focus and driving force behind every stroke is and always will be the military community. “I’m so grateful for my brothers and sisters in the military and for every veteran out there because they’re my purpose. They’re the reason I can do the things that I do and they’re the driving force behind my performance,” she shared. “And if ever you think you’re alone, you’re not.”