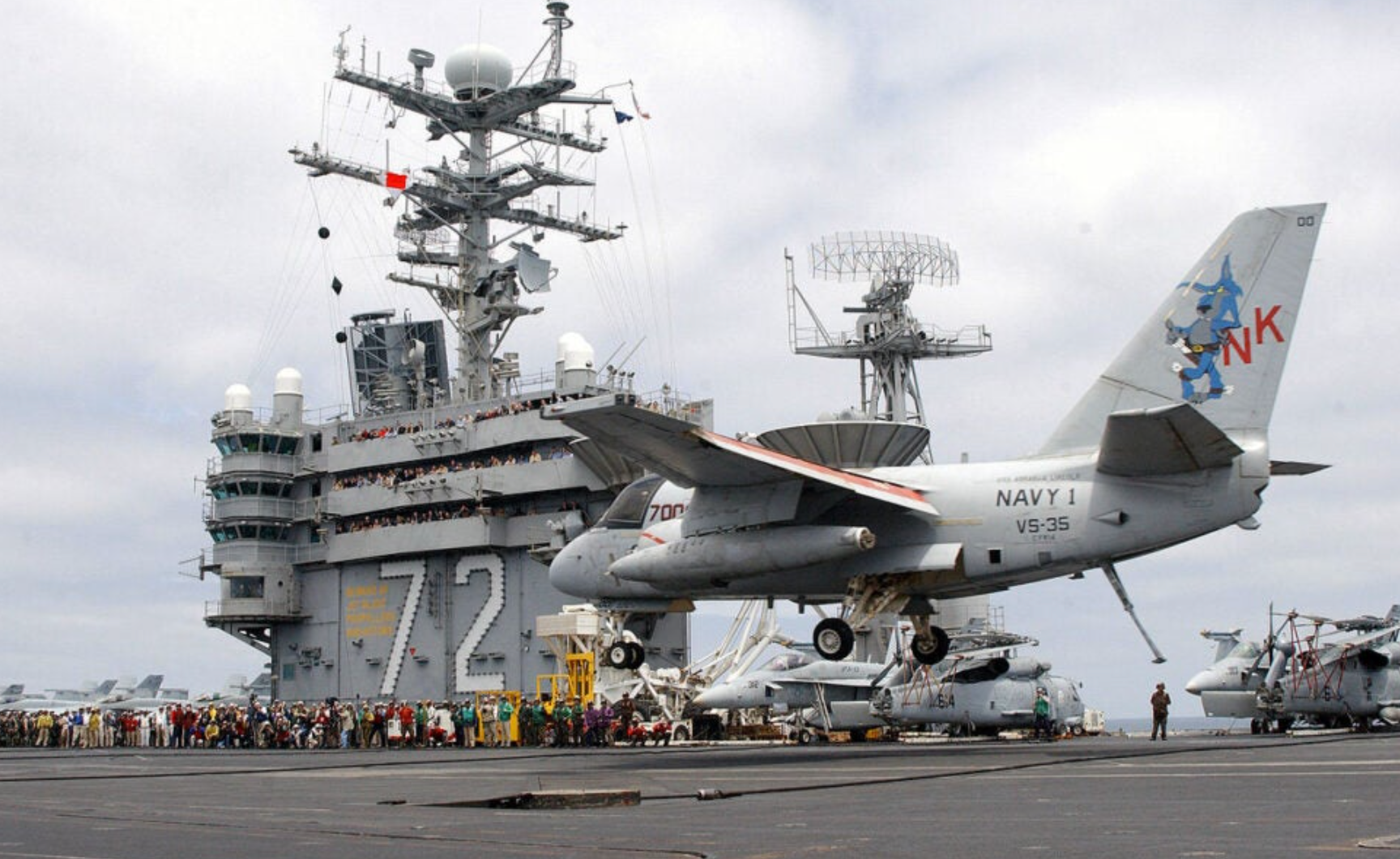 Today, in addition to the 1997 Harrison Ford film and popular Nike shoes, the name Air Force One is synonymous with the Boeing 747 that flies the President of the United States. However, the designation actually applies to any Air Force aircraft carrying the president at the time. The Air Force maintains two identical 747s and whichever one the president is aboard receives the call sign. Similarly, Marine One most often refers to the specialized VH-3D Sea King helicopter that flies the president. However, it too can be applied to any Marine Corps aircraft carrying the president. Interestingly, only one Navy aircraft has earned the distinction as Navy One.

During the Cold War, one of the biggest threats from the Soviet Union was its nuclear submarine fleet. Widespread, deadly, and difficult to detect, these submerged vessels could launch dozens of nuclear warheads at the United States with very little warning. To combat them, the Navy relied heavily on the Lockheed S-3 Viking. While it didn’t get its own movie like the F-14 Tomcat or even the A-6 Intruder, the Viking was one of the most important planes in the carrier air wing.

Introduced in 1974, the Viking replaced the older propeller-driven S-2 Tracker as the Navy’s carrier-based anti-submarine aircraft. Though not as exciting as the Tomcat’s long-range radar and Phoenix missile combo, the Viking introduced integrated sensor systems that allowed the entire 4-man crew to analyze data and distribute workloads. This gave the 4-crew S-3 roughly the same capability as the land-based 12-crew P-3 Orion in the role of sub hunting. Following the fall of the Soviet Union, the S-3’s mission shifted to surface warfare, aerial refueling, and, briefly, presidential transport.

On May 1, 2003, a Viking assigned to Sea Control Squadron 35 (VS-35) took off from NAS North Island, California. The aircraft, Bureau Number 159387, was piloted by Cmdr. John “Skip” Lussier, VS-35’s executive officer. The Viking was bound for the USS Abraham Lincoln (CVN-72) which was sailing east from Hawaii to San Diego. The ship and her crew were returning home to Washington after supporting the shock and awe air campaign in Iraq.

While the S-3 bore the traditional Blue Wolves markings of VS-35, it was also marked with “NAVY 1” on its fuselage and “GEORGE W. BUSH COMMANDER-IN-CHIEF” under the canopy. Along with flight officer Lt. Ryan Phillips, Skip was flying with the President of the United States.

Upon reaching the carrier, Skip made a textbook trap. In doing so, he also made President Bush the only sitting president to arrive aboard a carrier via arresting gear, a claim to fame that the former president still holds to this day. While he was a qualified pilot with the Air National Guard, Bush wanted to make a carrier landing like his father did during WWII. The president disembarked Navy One and greeted the sailors aboard Abraham Lincoln before delivering his “Mission Accomplished” speech announcing the end of major combat operations in Iraq. Bush left the carrier via helicopter and the S-3 flew off the ship the next day.

The S-3 marked NAVY 1 was retired from service following its historic flight. Although it returned to NAS North Island, the aircraft was later acquired by the National Naval Aviation Museum in Pensacola, Florida. Today, Navy One is on display at the museum along with a Stearman N2S-3 Kaydet trainer biplane flown by former President George H. W. Bush during his Naval Aviator training.