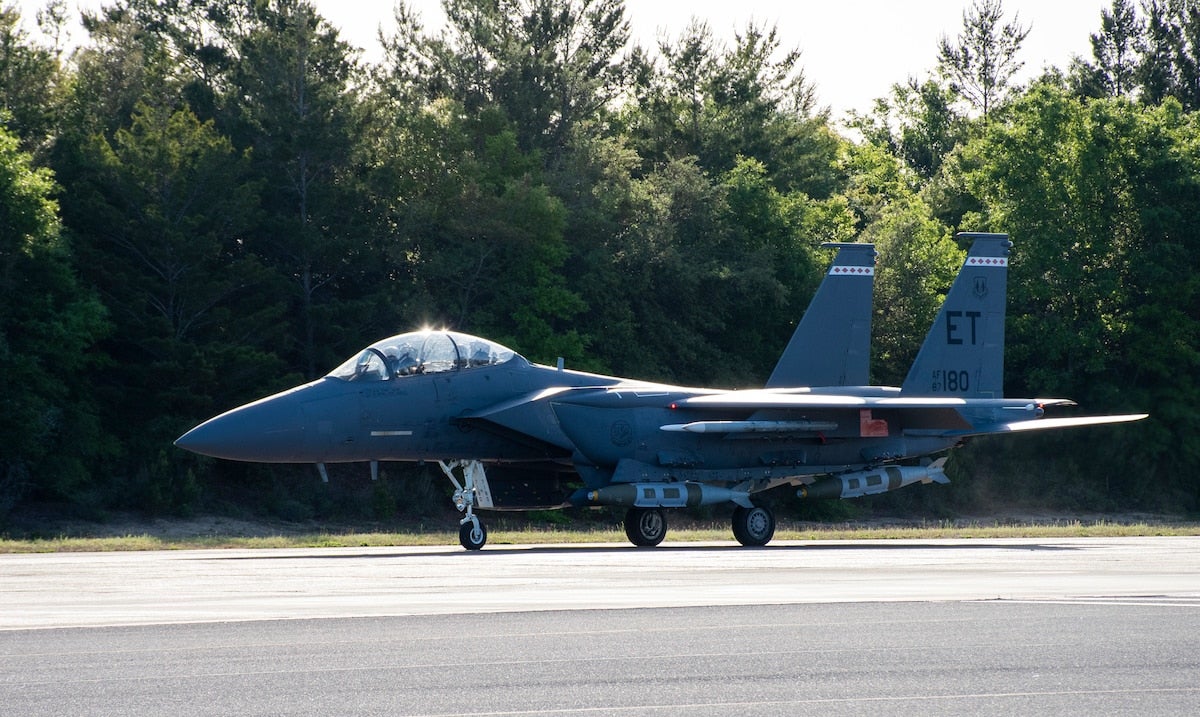 In the 21st century, two of the best anti-ship weapons are torpedoes and cruise missiles. While these weapons are precise and deadly, they are extremely expensive and limited in their methods of deployment. Seeking a more cost-effective anti-ship weapon, the U.S. Air Force partnered with the U.S. Navy to develop QUICKSINK.

The QUICKSINK Joint Capability Technology Demonstration program states its objective right there in its name. It aims to provide options to neutralize maritime surface threats while providing inherent flexibility in joint operations. Basically, the goal is to provide a cheap and adaptable way to sink ships from the air. To accomplish this, QUICKSINK can be installed on existing weapons like the GBU-31 Joint Direct Attack Munition. Equipped with a new seeker, QUICKSINK can provide an immediate effect on both stationary and moving surface targets at a minimal cost.

“QUICKSINK is unique in that it can provide new capabilities to existing and future DOD weapons systems, giving combatant commanders and our national leaders new ways to defend against maritime threats,” said Air Force Research Laboratory program manager Kirk Herzog in an AFRL public affairs release. “A Navy submarine has the ability to launch and destroy a ship with a single torpedo at any time, but the QUICKSINK JCTD aims to develop a low-cost method of achieving torpedo-like kills from the air at a much higher rate and over a much larger area.”

On April 28, 2022, an F-15E Strike Eagle released a modified JDAM equipped with QUICKSINK that successfully destroyed a full-scale surface vessel in the Gulf of Mexico. The test allowed researchers to assess and challenges associated with future operational use of QUICKSINK. “The QUICKSINK mission was successful thanks to the hours of planning and preparation provided by the entire test team,” said 780th TS Air-to-Surface Test Flight commander Capt. J. Tucker Tipton in an AFRL public affairs release. Research and development on QUICKSINK will continue as the project moves towards creating a lethal, adaptable, and cost-effective anti-ship weapon.