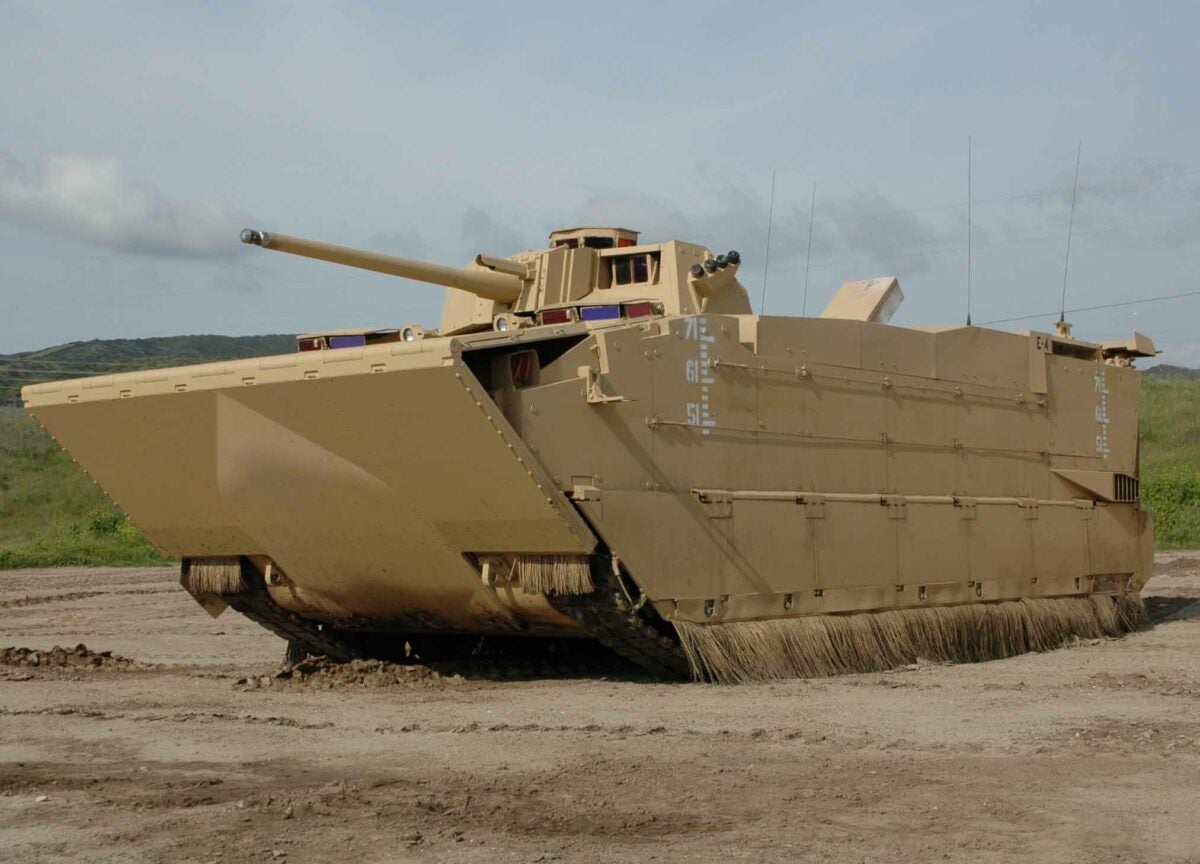 Thousands of whiteboards owned by inventors and military contractors around the world contain designs for military technologies that could change the way that battles are fought if they’d ever see active service.

But as the U.S. military learns time and time again, these weapons don’t always work as well as hoped. Here are seven designs that would be awesome to fly, ride, or carry into battle if designers had just been able to work the kinks out:

While the M4 and M16 are fine weapons, the Army has tried to replace it a few times. Its sexiest candidate was definitely the Objective Individual Combat Weapon, a rifle and airburst grenade launcher hybrid that could be fired around corners. The airburst rounds were programmed to fly customized distances before exploding.

But high costs and weight problems kept the weapon from reaching its potential.

When the XM29 was canceled, its airburst grenade technology was split off as its own weapon with 25mm rounds in the XM25. The new weapon even saw combat tests in Afghanistan, but a malfunction that resulted in injury in 2013 caused the grenade launcher to be pulled from theater.

The XM25 is technically still in testing, but the program has been basically shuttered since the safety incidents. A recent inspector general report urged the Army to come to a final decision soon and said that the funds required for the XM25 could be put to better use if the program is canceled.

Would’ve been nice to fire airburst rounds though.

The Comanche was supposed to be the attack/reconnaissance helicopter to rule them all. It was quiet, featured incorporated stealth technologies, and carried a 20mm machine gun and Hellfire and Stinger missiles.

But the development process dragged on for far too long. A 1991 contract netted two prototypes in 2004, by which time the Army had put stealth helicopters on the back shelf while they hunted insurgents.

The ARH-70A Arapaho was supposed to replace the Kiowa in the reconnaissance business after the Comanche was canceled. It was a Bell 407 helicopter with a stronger engine, weapons, and sensors added. They could have been rapidly deployed around the world with two fitting aboard a C-130H Hercules transport.

And their high maneuverability would have allowed them to fly through cities and hover near buildings.

Unfortunately, the militarization of the 407 was not as smooth as anticipated. Delays and cost overruns got the program put on ice for a few months in 2007 and formally canceled in 2008.

The Airborne Laser was supposed to be the ultimate ballistic missile destroyer. It would fly over or near enemy territory watching for enemy ballistic missile launches. When one took off and entered the boost phase, the plane would fire three lasers. Two were for acquiring and tracking the target and the third would punch through the missile’s body and blow it up.

But the laser had a limited range and loitering capability, meaning that planes would have to spend a lot of their time flying within an enemies’ borders to actually have a shot at the missiles. Luckily, this program could get revived using a new kind of laser and flying on high-altitude, stealthy drones.

The Expeditionary Fighting Vehicle provided better range, better speed, and better armor than the AAV-7 Amphibious Assault Vehicle it was meant to replace. It featured two 30mm cannons and was propelled through water with jets and it operated on land using its treads.

The EFV suffered some small setbacks during testing and development and then fell victim to budget cuts across the Department of Defense in 2011. The Marine Corps has wrestled with how to best move supplies and Marines from the ships to the shore since then.

The Surfaced-Launched Advanced Medium Range Air-to-Air Missile would have been the Army’s premiere system for defending troops from cruise missiles, helicopters, many jets, and other low and mid-altitude aerial threats. It featured a proven Air Force missile, the AIM-120C-7, originally designed for air-to-air battles.

Norway and Spain field the SL-AMRAAM under the name NASAMS, but the U.S. Army pulled out of the program in an effort to save money and invest in counter-rocket, artillery, and mortar systems instead. Some NASAMS are in U.S. service defending Washington D.C. from cruise missile attack.