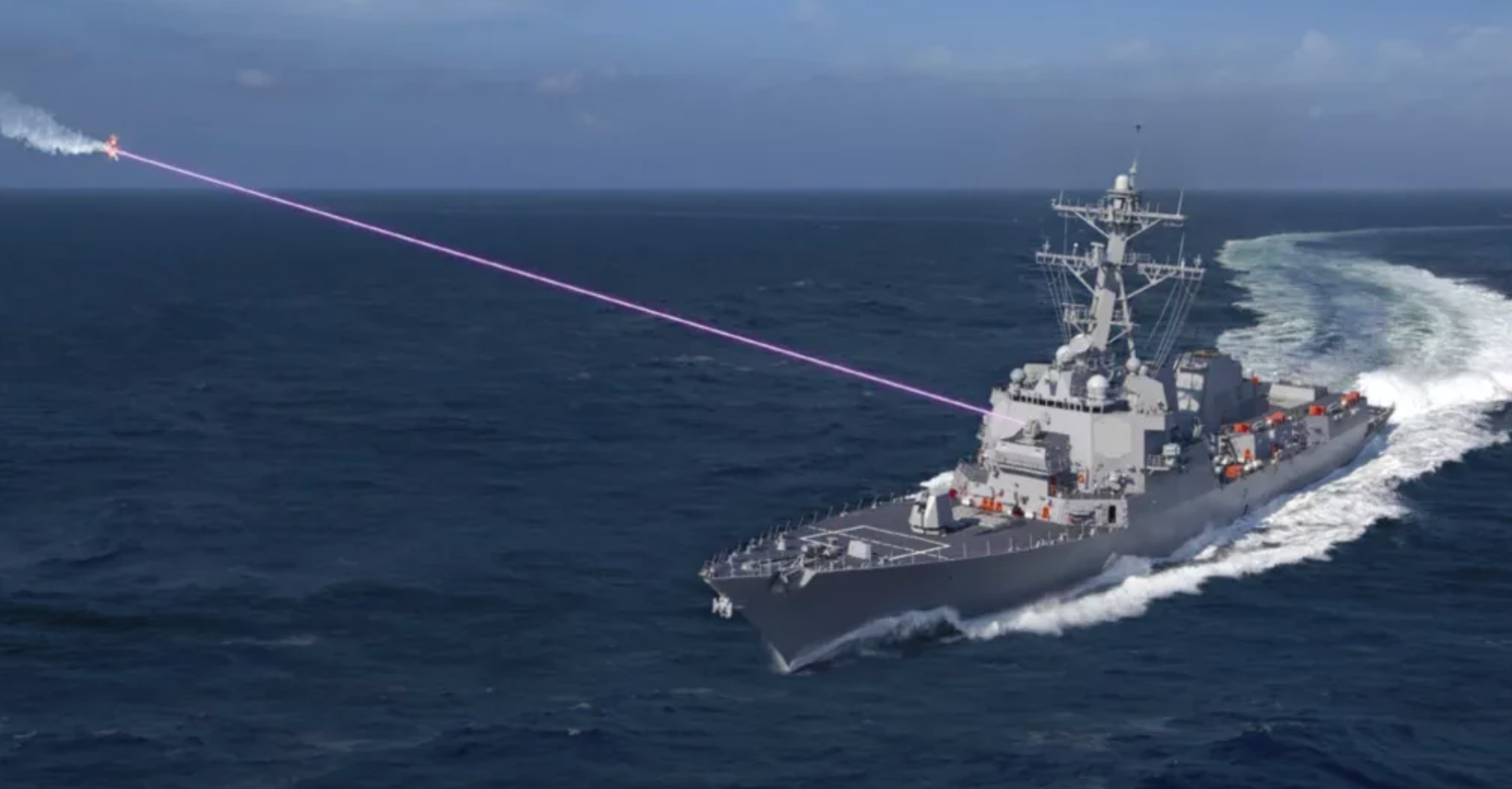 An artist concept of the LLD engaging a target (Lockheed Martin).

In modern naval warfare, one of the greatest threats to surface vessels is the cruise missile. Capable of being fired from beyond line-of-sight distances and often flying close to the surface of the water, a single cruise missile can be deadly to warships. On April 14, 2022, Ukrainian military forces reportedly sunk the Russian Black Sea Fleet flagship Moskva with two R-360 Neptune anti-ship cruise missiles. In the past, ships have been reliant on their own missiles or Close-In Weapon Systems to intercept incoming cruise missiles. However, the US Navy has changed the game with the successful test of a laser.

The Office of Naval Research successfully tested laser weapons aboard ships to engage simulated boats and aircraft. These successes led to more powerful lasers and further development of the technology. In February 2022, ONR partnered with Lockheed Martin and the Office of the Under Secretary of Defense (Research and Engineering) to test Lockheed Martin’s Layered Laser Defense. The LLD uses an all-electric high-energy laser to accurately and efficiently engage targets.

In addition to increased speed and accuracy, laser weapons are much safer for a ship’s crew since they are not reliant on combustible propellants or warheads like traditional weapons. This simplifies logistics and makes a ship less vulnerable in case of a successful enemy attack. As long as the ship has power, it can shoot its laser. This also reduces the cost per engagement.

While the idea of laser weapons is not new, previous chemical-based lasers had limited performance and could not be effectively employed in an operational environment. Although the Navy does not currently have any plans to field LLD, the compact and efficient system demonstrates the advancement of the technology and its potential in the future of the force.