The mystery of Vietnam apes - We Are The Mighty

The mystery of Vietnam apes 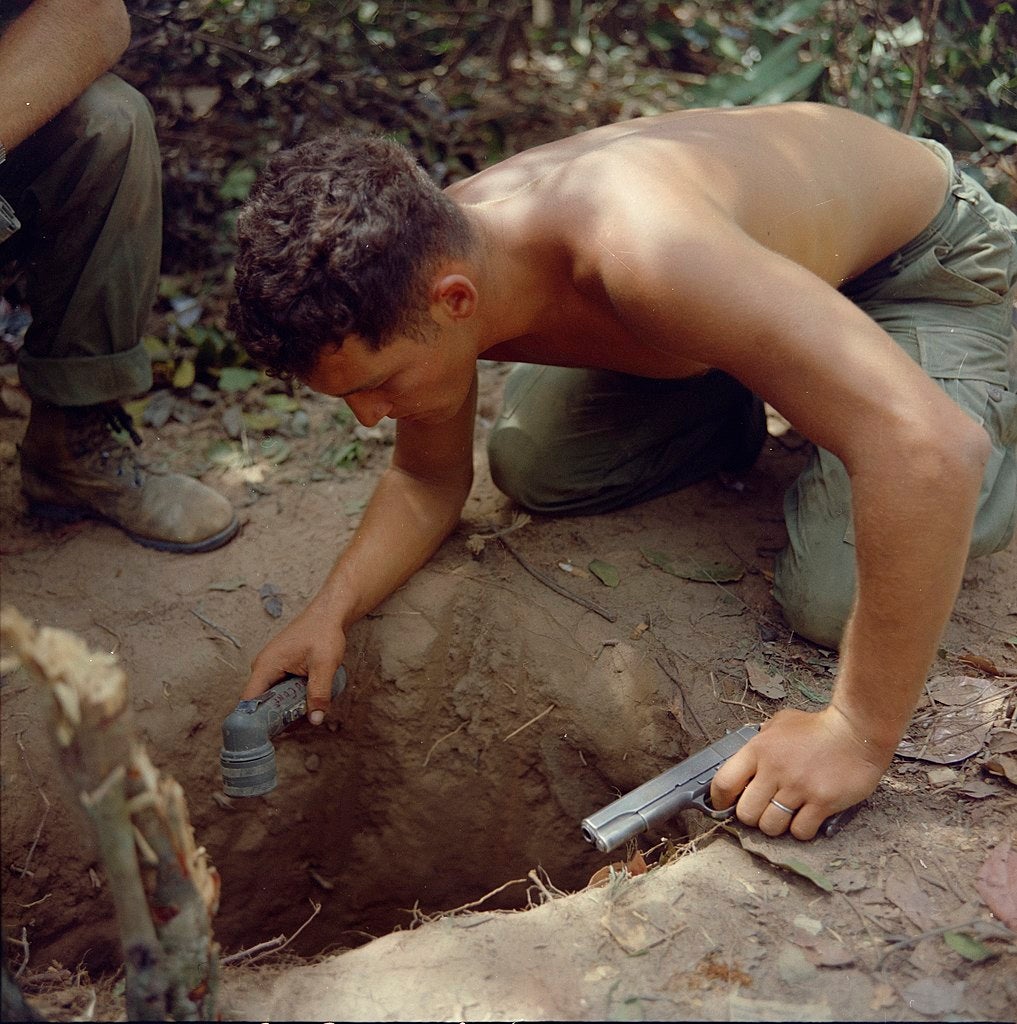 SGT Ronald A. Payne (Atlanta, Ga) Squad Leader, Company A, 1st Battalion, 5th Mechanized Infantry, 25th Infantry Division, checks a tunnel entrance before entering. This was one of several tunnels found in the Cu Chi, Republic of Vietnam area. This tunnel was found while the company was conducting a search and destroy mission as a part of Operation “Cedar Falls” in the Hobo Woods area. (National Archives).

Vietnam has no native apes within its borders. Yet countless soldiers reported to have seen them, or rather “ape-like creatures” when fighting in the country’s dense jungles during the Vietnam-American war. They were known as “rock apes” and stories about them came in by the hundreds. In fact, so many rock ape stories came from a single location that it became known as “Monkey Mountain” on the Sơn Trà Peninsula. U.S. and Viet Cong troops alike told tales about being attacked by creatures that were “human-like,” had 5+ inch-long fangs, and the ability to climb the terrain’s steep rocks with ease. In Vietnam, they’re referred to as batututs, or jungle people.

They are further described as having red hair, ape-like features, and to often have their babies with them. Batututs were said to be around 6’ tall, have long limbs, protruding stomachs, and to live in a pack.

They earned their name, not for living on rocks, however, but because they threw them. Usually in response after rocks were first thrown at them, the primates would launch rocks back at unsuspecting soldiers, earning their name of rock apes.

Interestingly enough, the apes didn’t seem to fear humans. In most cases, soldiers came extremely close to the rock apes before they realized they were there. This was most often chalked up to the apes knowing they could out-power humans, or simply having a calm demeanor, used to the quiet jungle atmosphere. 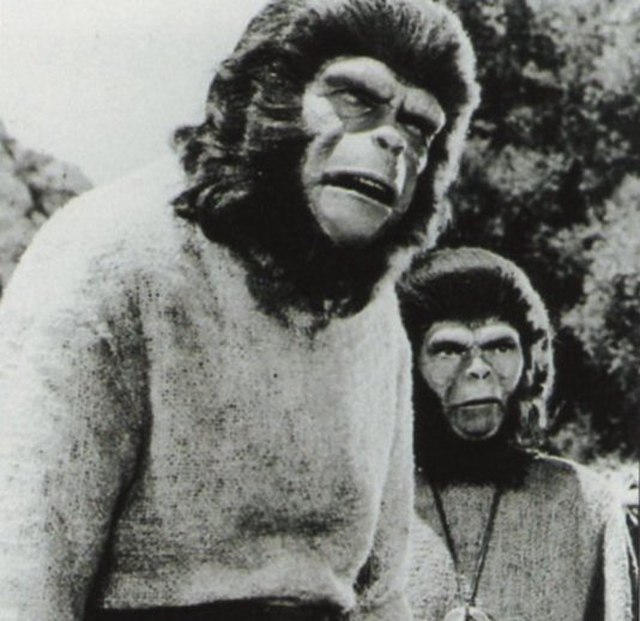 A shot of primate reconstructions from the TV show, Planet of the Apes.

Despite multiple detailed reports, there’s no evidence that shows that these apes actually exist. Not even to Vietnam. No bodies were ever found, despite multiple accounts of rock apes being killed, and no pictures could be taken.

Due to the lack of evidence, Vietnam’s rock apes have been chalked up to a cryptid — a yeti or Loch Ness Monster-type creature. One that has much lore, but no proof of existence.

The area received further hype when there was a supposed Bigfoot sighting.

As stories about the apes began pouring in, higher-ups wondered what was plaguing their soldiers.

At first, scientists believed soldiers were encountering orangutans, which were originally native to Vietnam. However, orangutans became extinct to the country thousands of years before the war. Another animal that was considered as a source was the white-cheeked gibbon. But the white-cheeked gibbon is too small to fit the size description of larger rock apes; it was considered that they were the source of so-called baby rock apes, however.

The stories were so prolific that in 1974, the general of the Vietnam People’s Army even ordered an expedition to capture and research these creatures. Nothing concrete was ever found.

In years prior, a Vietnamese professor performed his own study, even finding non-human footprints and casting them in cement.

Other explanations are chalked up to soldiers hallucinating, either from marijuana use, which was common during the Vietnam war, or from extreme conditions, including heat and stress.

Finally, it’s thought that the rock apes are a humanoid creature that is native to the Vietnam jungle, only becoming visible when otherwise inhabited areas were flooded with soldiers. As to why they have yet to be discovered, locals are said to avoid Vietnam jungles to this day, with the knowledge that there are thousands of live land mines that could be triggered with exploration.

The truth behind these jungle apes has yet to be found. Perhaps one day the mystery can be solved, and we’ll know if these creatures are fact or fiction, once and for all.