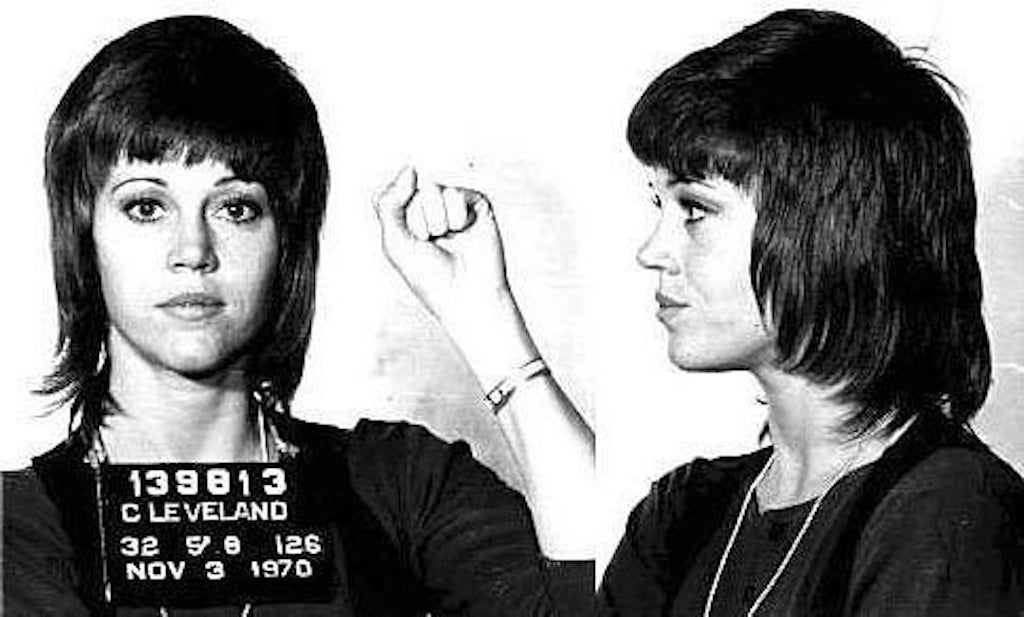 Jane Fonda is a star of stage and screen whose career began in 1960. She is the daughter of legendary actor and WWII Naval Officer Henry Fonda. Jane, now 84, is long regarded as enemy #1 among Vietnam veterans (because Ho Chi Minh is dead and even if he weren’t it would be a close vote).

Fonda was a prominent antiwar protestor in the 70’s, focused on the rights of troops while in the military and of those who wanted to resist being drafted. She was primarily associated with Vietnam Veterans Against the War, to which she gave a lot of time and money. Fonda was no more or less a lightning rod for criticism than any other celebrity who spoke against the war during that time, but that all changed in 1972.

She went to Hanoi that year to tour villages, cities and infrastructure. A series of photos of her sitting at an NVA anti-aircraft battery earned her the nickname “Hanoi Jane” and the undying spite of Vietnam veterans everywhere. There were also rumors she turned over secret messages from POWs to their captors. This is not true, but still, her father was probably more than a little disappointed in her.

“There is one thing that happened while in North Vietnam that I will regret to my dying day. I allowed myself to be photographed on a Vietnamese anti-aircraft gun,” she wrote in 2011. “It happened on my last day in Hanoi. It was not unusual for Americans who visited North Vietnam to be taken to see Vietnamese military installations and when they did, they were always required to wear a helmet like the kind I was told to wear during the numerous air raids I had experienced.”

To this day, Fonda feels the scorn of the military veteran community. If you want to get a feel for how much scorn  the community feels, just Google “Jane Fonda Vietnam.” I’ll wait.

In 2005, a Navy vet spat tobacco at her during a book signing. There are Facebook groups like “Why We Hate Jane Fonda” and “Jane Fonda – we spit on your grave.” Veterans invite Fonda to go to Syria and take photos with ISIS. Even the war-zombie comic “68” has a Fonda-like character.

The hatred persists, even among non-Vietnam veterans and people who weren’t even born in 1972. Despite her attempts at apologies, and given the level of vitriol levied at her even 40+ years later, the anger and hatred is not likely to end any time soon.

“Whenever possible I try to sit down with vets and talk with them, because I understand and it makes me sad,” she told the audience, according to the Frederick News-Post. “It hurts me and it will go to my grave that I made a huge, huge mistake that made a lot of people think I was against the soldiers.”