The Nazis once planned a giant sun laser beam 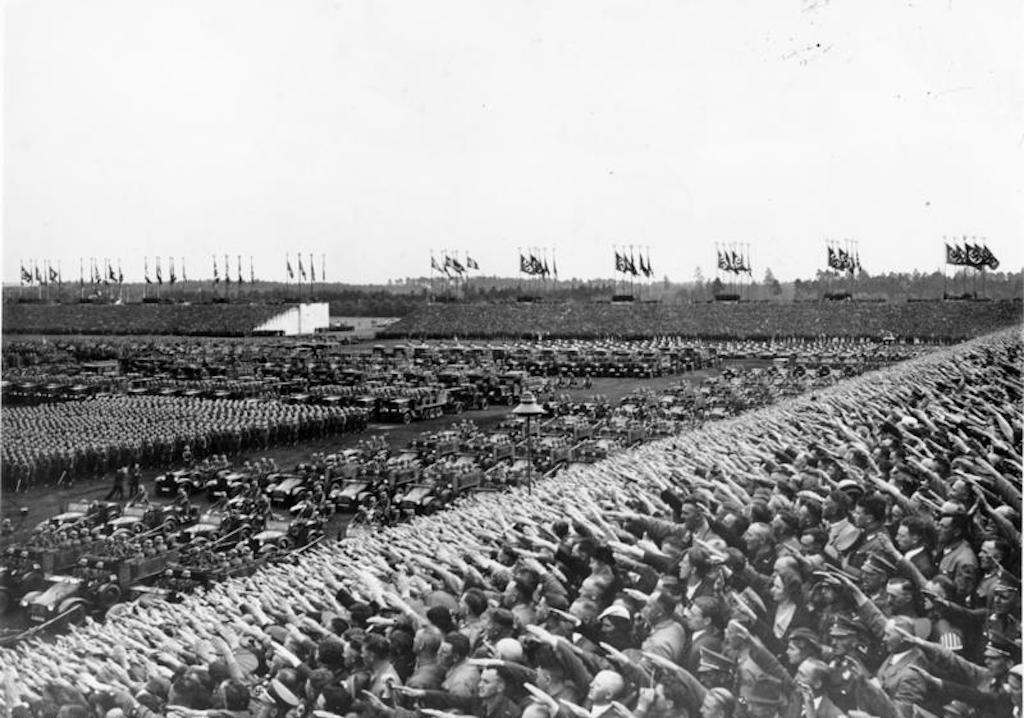 They called it the “Sun Gun” and the idea was to use Earth’s natural elements against their enemies. Better still, it would be fast and efficient, and they could control the weapon against whoever they wanted. Just like a “normal” weapon, but without the mess. (And possibly, with less backlash.)

In 1929, plans were made by a German physicist named Hermann Oberth. He wanted to create a space station that held a giant mirror, 328-some feet long. Essentially, it would serve as a giant magnifying glass to concentrate the sun into a huge laser – think kids frying ants on the sidewalk – only it would be people on the receiving end.

The concave mirror would use the sun’s heat to destroy enemies either with fire, extreme heat or a moving laser of power.

Oberth called it “The ultimate weapon.”

“My space mirror,” he wrote, “is like the hand mirrors that schoolboys use to flash circles of sunlight on the ceiling of their classroom. A sudden beam flashed on the teacher’s face may bring unpleasant reactions.”

A few decades later, during World War II, the idea was resurrected and named Sonnengewehr, or Sun Gun. The plan was to create 3.4-square miles of metallic sodium reflector. Its concentrated temps were proposed to get hot enough to burn cities to the ground and boil the ocean. In fact, part of the plan was to actually evaporate parts of various oceans.

Germans were later questioned about this by the U.S., to which they said the Sun Gun could not be completed for 50 to 100 years. However, it has also been proposed that reflectors could be placed on German satellites and used in tandem to create the same effect with many small reflectors. The Germans also said that while, yes, a death ray was discussed, there were also beneficial uses to creating such a concentrated beam of light up in space. Oberth’s original plans were to use the Sun Gun to provide light sources to dark areas of the country, to thaw frozen waters, and more.

In 1945, at the end of WWII, the U.S. found plans for the Sonnengewehr, including images. It was picked up by Life Magazine, who published a series on the plans, including diagrams and drawings of what the supposed gun could do. (This also launched the idea into pop culture.)

No such plans have been proved in modern times, though it has been mentioned many times over in pop culture, especially in comic books and TV shows.

Despite formerly working for the Nazis, Oberth continued to work in science/physics, even coming to the United States to work for NASA. He helped develop a variety of rockets and discovered that more useful energy comes from rockets traveling at higher speeds. The phenomenon was named after him. Today he is still regarded as one of the founding fathers of rocket science and astronautics.