The Det: Secret soldiers and unsung heroes of the troubles - We Are The Mighty

The Det: Secret soldiers and unsung heroes of the troubles 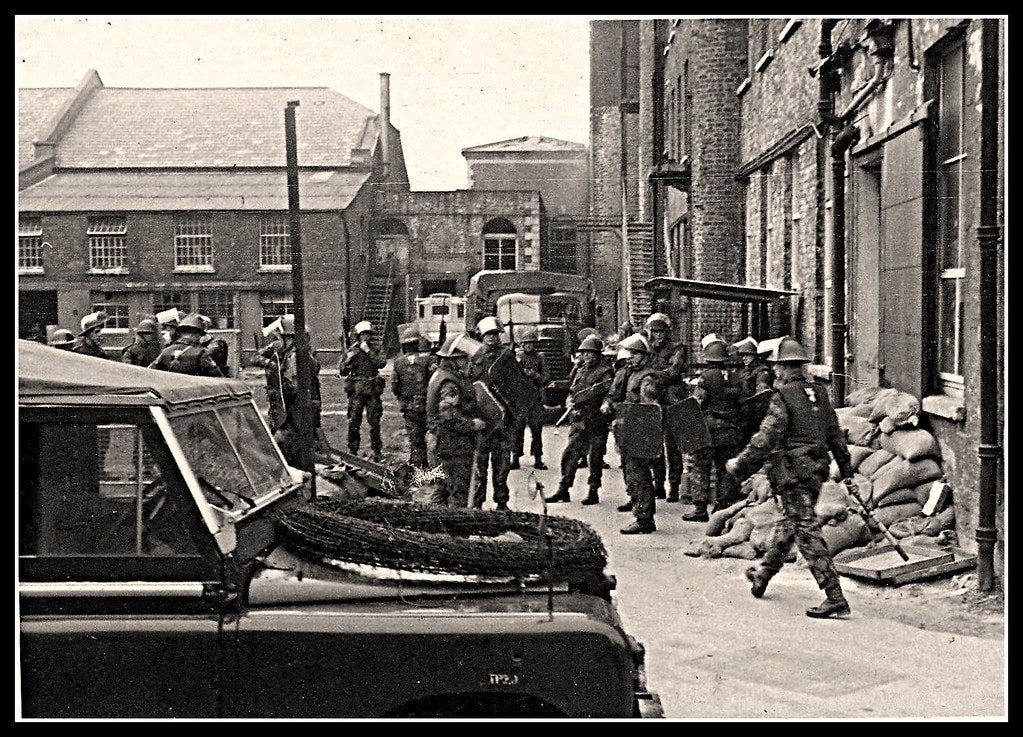 Every country’s military has their own version of Special Forces. However, none of them are quite like the 14th Intelligence Detachment, ‘The Det,’ which was formed as part of the British Army Special Forces during a time known as The Troubles in Northern Ireland. The Det was tasked with mounting surveillance and intelligence gathering operations against the Irish Republican Army and their allies.

They worked in the shadows. No one knew who they were or what they did. They received no acknowledgement or fanfare. The world will never know who they were. But, this dedicated force of highly-trained plain-clothes operatives worked to gather the intelligence needed for the British Army and others to maintain their peacekeeping role between the IRA and the unionist paramilitary forces.

The Det was formed after the British Army’s intelligence unit, the Military Reaction Force, was compromised. The MRF was compromised when IRA double-agents were discovered and then interrogated. They spilled details about a covert MRF operation out of Four Squares laundry in Belfast. This led to an IRA ambush of a MRF laundry van, which killed one undercover soldier.

With the MRF compromised, the Det was set up in 1973. The Det was open to all members of the armed services and to both genders. For the first time, women were allowed to be a part of the UK Special Forces. Each candidate had to pass a rigorous selection process. Members of the Det were expected to have excellent observational abilities, stamina and the ability to think under stress, as well as a sense of self-confidence and self-reliance as the majority of surveillance and intelligence gathering operations were solo missions.

The IRA treated the conflict like guerilla warfare for national independence. They used street fighting, sensational bombings and sniper attacks, which led to the British government classifying their aggressions as terrorism. The Det’s main focus during this time was utilizing their unique talents and training to gather information on the members of the IRA so that the British Army and the Royal Ulster Constabulary could then intervene.

The skills and training of the members of the Det included the disciplines of surveillance, planting bugs and covert video cameras, and close quarters combat. They were also experts in the use of pistols, sub machine guns, carbines and assault rifles. They were also trained in unarmed combat, as well as techniques to disarm and neutralize knife or gun-wielding assailants. It was important for each member to be adept in these skills in order to be able to protect themselves while undercover.

Along with this specialized training, the Det was also equipped with unique equipment much of which could be considered ahead of its time. This included a fleet of ordinary looking saloon cars called ‘Q’ cars. These vehicles were specially equipped with covert radios, video and still cameras, concealed weapons packs, brake lights which could be switched on and off, and engine cut off switches to prevent hijacking. All of these worked to aid in the surveillance missions of the operators. The Det also had their own flight of Army Air Corps Gazelles, which were referred to as ‘The Bat Flight.’ The Gazelles carried sophisticated surveillance gear which was uniquely suited to the operations of ‘The Det.’

From the time of its inception until the end of The Troubles the Det performed numerous operations, mostly following and observing suspected terrorists. These painstakingly planned intelligence operations often led to the arrest of the suspected terrorists and/or the discovery of weapons caches. Occasionally the members of the Det would find themselves in a firefight with terrorists, this was usually due to their cover being blown. Unfortunately, several Det operators tragically lost their lives in Northern Ireland.

The highly-trained members of the Det did not do what they did for glory. They didn’t do it for the accolades, as there were none offered. These elite members put themselves in danger because they believed in what they were working for. They wanted to do their part to protect their country and those they loved. They believed in justice. They believed in the greater good. They knew going into it that no one would ever know what they did or the sacrifices they made in the name of Queen and country. But, they went in anyway. They didn’t see themselves as heroic. But, the elite members of the Det can truly be considered the unsung heroes of The Troubles.

The Det has now been absorbed into the British Army’s Special Reconnaissance Regiment, with a mission to fight the global war on terrorism.