Chain mail: The ancestor to the modern flak jacket - We Are The Mighty

Chain mail: The ancestor to the modern flak jacket 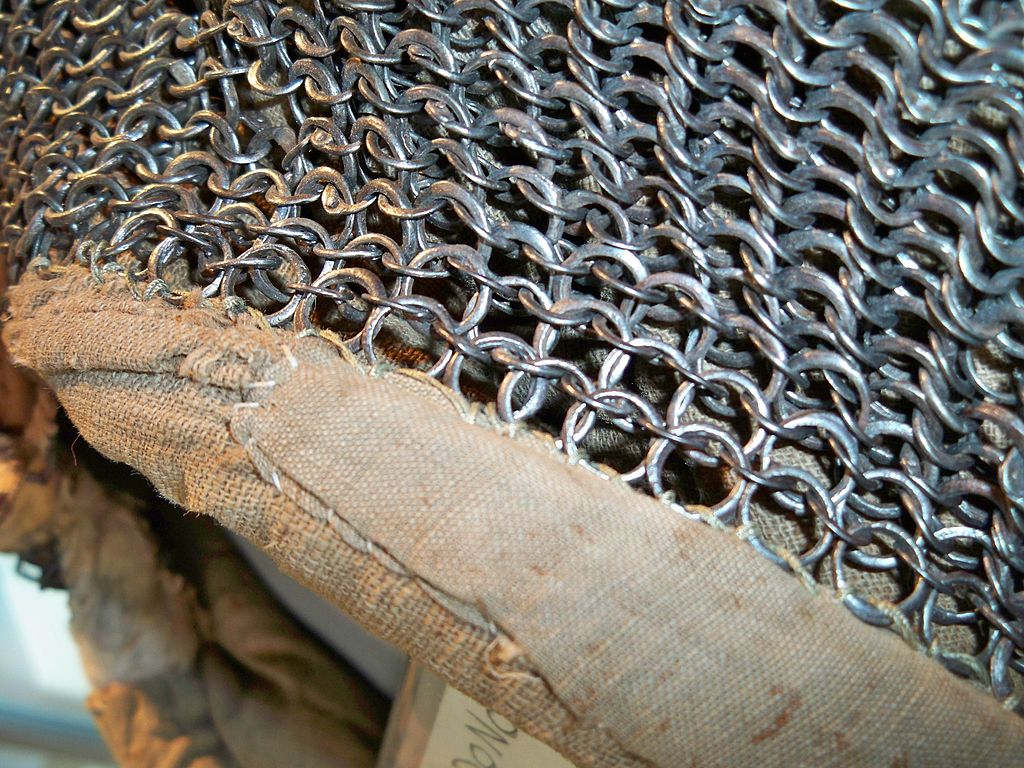 Soldiers wear flak jackets to protect themselves from projectiles and fragments from explosive weaponry like grenades, anti-aircraft artillery, and some kinds of pellets utilized in shotguns. Some flak jackets can withstand gunshots and are therefore extremely useful in the military for obvious reasons. For a long time, human beings have gone to wars to fight for land, water, food, and religion. The requirement for sturdy protective clothing and shields rapidly grows to be important as risks against life escalate. As the state of war has advanced, body armor has evolved beside it.

The original instances of protective shields and clothing originated from prehistoric humans’ use of animal skins. Among the toughest armors globally is procured from nature, so humans have continuously attempted to replicate the texture, strength, durability, and shape of animal hides, quills, shells, and scales for years. However, as weapons became harder and more penetrative, humans had to find an equivalent hard material as body armor, metal.

Chain mail was a renowned and acclaimed piece of armor throughout the Middle Ages between the 3rd to 16th centuries. It was made by drawing and coiling iron wire into links that were flattened afterward to make a mesh-like fabric. Chain mail manufacturers possibly worked with simple tools such as hammers and pliers to fabricate and flatten the links. The finished product was metallic in color due to the iron used to make the links. All through the 12th century, English Knights incorporated the utilization of chain mail as part of a piece of armor known as the hauberk, which comprised a chain mail shirt of mid-thigh length and worn on top of a  cushioned tunic.

Knights extremely used the chain mail for protection during the hundred-year war between France and England, which lasted from 1337 to 1453. Notably, dismounted knights fighting on the ground were a significant characteristic of the English’s military tactics in the war. The chain mail of the knights gave them absolute protection for proximate combat fighting, and its mesh-like structure enabled better and improved flexibility according to their mobility during the war. The chain mail was possibly a luxury solely to knights in higher ranks of the English army and was subject to the military context in which it was incorporated and utilized. Additionally, it was considered convoluted, as a labor-intensive procedure was highly required to make it.

As the 12th century advanced, chain mail was designed to spread over more of the body, including leggings and sleeves that carried on forming mittens utilized to shield the hands. The tiny, detailed fabric of iron coils helped avert jabs from swords and even proved beneficial when confronting arrows from numerous longbows in a war. The function of chain mail, nevertheless, had its disadvantages. It was slightly ineffectual in offering adequate protection when confronting blows from heavy weapons such as lances and axes. Certainly, chain mail could at times aggravate injuries if the ripped iron coils pierced a wound after a hit.

The advent of gun powder made the medieval chain mail obsolete, but the trench warfare during World War I and the deadly effect of artilleries led armies to opt to outfit their soldiers with protective gear. Armies equipped soldiers with steel breastplates and helmets and gave bomber crews flak jackets to shield them from fragments from air defense guns. During the Korean war after world war II, the US Army introduced flak jackets made of layers of nylon, a lighter material than steel. These jackets were also used in the Vietnam war with a little improvement. The advanced PPE of today comes from millennia perfecting the art of war.