This is how generals inspired troops during the Renaissance 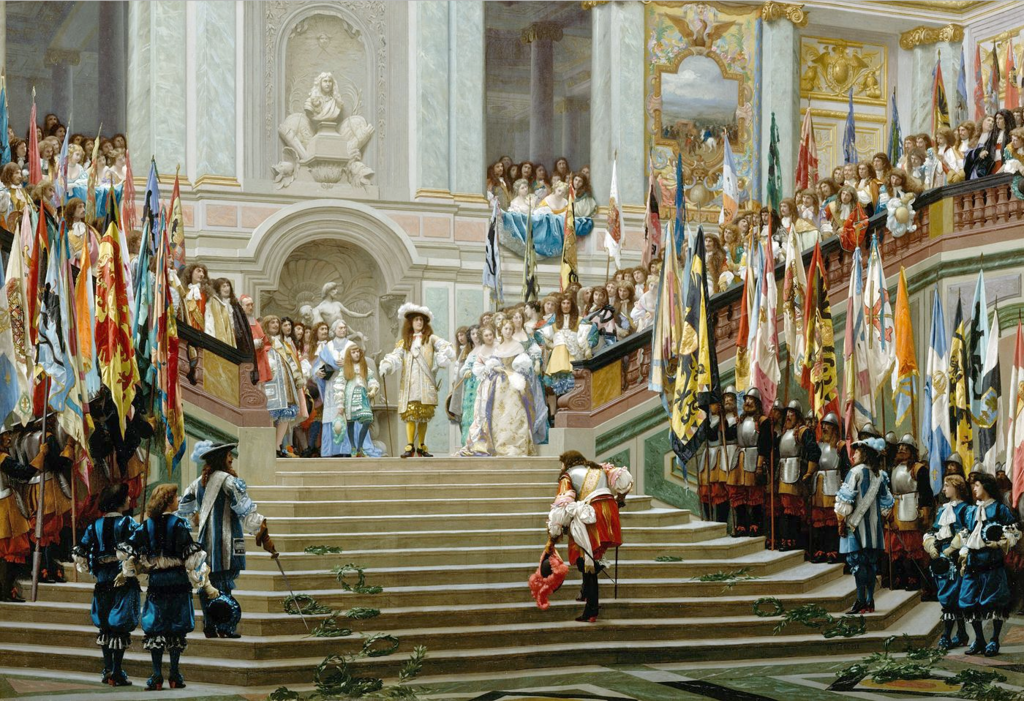 Reception of the Grand Condé at Versailles following his victory at Seneffe.

Renaissance was a dynamic phase in European civilization where cultural, political, economic and artistic activities were reborn. This occurred from the 14th to 17th century and was impacted by a stream of classical scholarship, values and interests. During this period, new continents were explored to discover new cultures and political systems beyond the horizon.

The period is significant in history because it changed the way people thought as more classical philosophy, literature, and art were given a new lease on life. These new interventions still influence how we perceive certain things to date. Evidence of the Renaissance period is seen in the various museums, paintings, and sculptures found in Europe and other continents. Without the Renaissance, the world would have never discovered science as it is known today.

For the greater part of the middle ages, the Italian Peninsula was the fighting ground for rival rulers who hired mercenaries to fight for them. Italy was endowed with natural resources and was located at the center of Europe. Trade activities occurred there, explaining its stable economy. These conditions were clearly worth fighting for, which is why Italy was shredded by war severally. Since everyone was doing their best to win the ultimate prize, the Italian Peninsula, the best generals were appointed to motivate troops into victory.

While some scholars would point to the wider time scope during which the wars occurred, it is clear they took place. During this period, the most powerful and advent combat weaponry was invented because everyone wanted an advantage over their competitors. The generals had their chance to showcase professionalism, making them reputable several centuries later after the Renaissance.

One way the generals inspired troops during the Renaissance was by showing courage and heroism. War is never easy for soldiers, but when the troops saw that their leaders were courageous enough to face the enemies on the battlefield, they would be galvanized. For instance, general Pierre Terrail single-handedly fought to defend the Garigliano bridge against 200 Spaniards. This made him renowned in France, and everyone wanted to fight alongside him in combat.

The generals also inspired their troops by proving that they knew what to do at the war’s outset. This was depicted by General Conde, who lured the Spanish army into fighting away from their preferred venue. The Spanish soldiers had positioned themselves uphill, giving them a greater advantage. General Conde being a good planner anticipated this move and tried to disorient the Spanish. It is because of such decisions that troops were inspired and loved to fight with General Conde.

Some commanders would offer their troops payment for their willingness to fight, as is tradition. Though payment methods were different in this period, they still had the same influence as money today. Troops would solely dedicate their lives to a standing army, one of them being The White Company army. This was the most acknowledged free troop in the 14th century. They were known to be fierce and could fight at any time regardless of the weather condition and time of the day.

They also had extraordinary skills depicted in longbow and lance and other tactical fighting methods. During the Renaissance period, The White Company soldiers gave their services to the bidder with the best offer. The payment was the motivating factor for them and would sometimes defend lords, lands, and countries they had previously fought against. They belonged to no particular side, which is probably what made them stronger every time. One time they fought both for the Pope and against him, such as battles in the cities Florence and Milan. Regardless whether it was for honor or profit, generals had many ways to keep their ranks filled.