Today in military history: Burr slays Hamilton in a duel - We Are The Mighty

Today in military history: Burr slays Hamilton in a duel 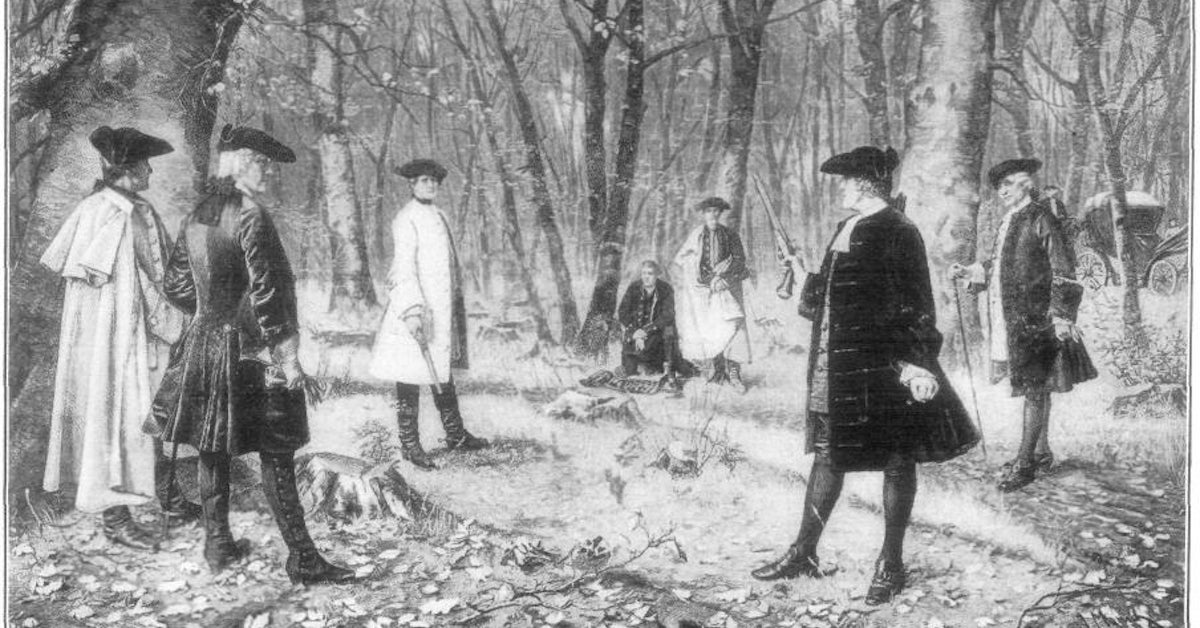 On July 11, 1804, Aaron Burr killed Alexander Hamilton in a duel. Hamilton fans — grab your second and let’s get into it.

Alexander Hamilton was born in the British West Indies before emigrating to the American colonies to study in 1772. His hard work and impassioned persona would drive him to become a key figure in the Revolutionary War, one of America’s most influential Founding Fathers, and a defender and champion of the U.S. Constitution.

Aaron Burr was born into an influential family and, though orphaned at the young age of two, he would go on to graduate from college at just 16 years old and serve with commendation during the American Revolution. He defended a free press, abolition, and women’s rights. Soon, however, Hamilton’s star would begin to outshine Burr’s, who was often seen as an opportunist with shifting allegiances.

Both men served in the Continental Army and then began their decades-long political rivalry, finally culminating in the presidential election of 1800. An unprecedented tie split Congress between Thomas Jefferson and Burr; but Hamilton’s support of Jefferson helped break the deadlock in Ol’ Long Tom’s favor.

Four years later, Hamilton campaigned against Burr and attacked his character. Defeated and bitter, Burr decided to restore his reputation by challenging Hamilton to a duel.

There are conflicting accounts as to how the duel went down. Some say Hamilton deliberately fired into the air — an act of honor. Burr’s second claimed Hamilton shot at Burr and missed. Either way, Burr shot Hamilton in the stomach and Hamilton died the next day.

Burr’s political career fell into ruin after that, with the nation outraged that a sitting Vice-President could brazenly shoot someone.

Featured Image: Duel between Alexander Hamilton and Aaron Burr. After the painting by J. Mund. Note: Possibly due to artistic license and the problems of perspective and canvas size etc, the duelists are standing at an unusually short distance from each other. However, it is known that some duels did indeed take place at very short distances such as this, though most were fought where the opponents were standing approximately 50 feet apart. The protagonists are dressed in anachronistic 18th century dress, not the common fashion of the early 19th century.