Today in military history: First air raid on Britain - We Are The Mighty 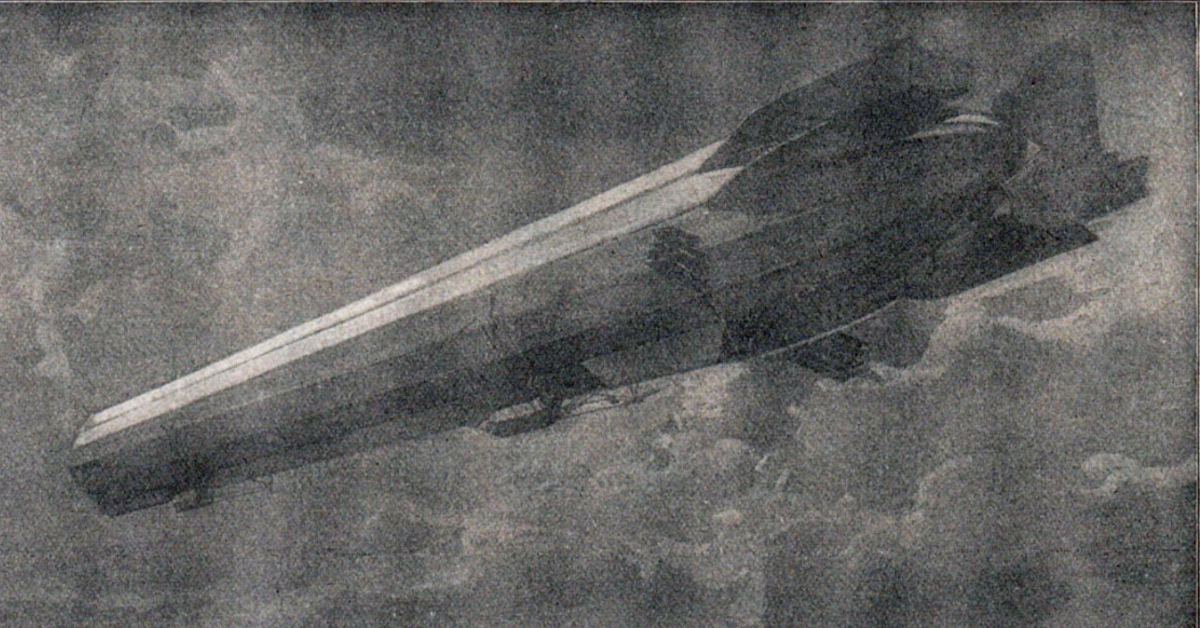 On Jan. 19, 1915, two German zeppelins dropped bombs on the eastern coast of England.

It was the first air attack against Great Britain. The zeppelin was a relatively new airship, developed just fifteen years earlier by the German inventor Ferdinand Graf von Zeppelin. Since his first airship design took flight in 1900, Zeppelin had been improving and testing his craft but they were still unpredictable and vulnerable to inclement weather.

Nonetheless, by the time the Great War broke out, the Germans had at least three zeppelins in their fleet to employ against Great Britain. L.3 and L.4 successfully dropped bombs on the coastal towns of Great Yarmouth and King’s Lynn, while L.6 had to turn back due to mechanical problems.

Zeppelins were surprisingly hard to destroy at the time. For starters, a zeppelin just wasn’t going to fly low enough to be vulnerable to enemy small arms fire from the ground. There are, of course, a few that did during bombing raids on England, but they were definitely shot down by small arms fire. The high altitude was fine by zeppelin crews, because their primary mission was reconnaissance.

Aircraft attacking World War I-era zeppelins had their work cut out for them. The framework of these ships was made with a durable aluminum-copper alloy. The balloon itself was made of goldbeater’s skin, a durable, nearly tearproof substance derived from the intestines of farm animals. It was essentially leather-type armor, one inch thick.

Night operations made the effort to track a zeppelin all the more difficult. If a zeppelin was found by search light and managed to escape from it, they could be difficult to relocate. Imagine how difficult it might be to see such an aircraft in the dark of a World War I-era British night.

The zeppelin raid would prove to foreshadow the aerial assault that Britain would yet endure at the hands of Germany.