Today in military history: The Blitz rains fire on Britain - We Are The Mighty

Today in military history: The Blitz rains fire on Britain 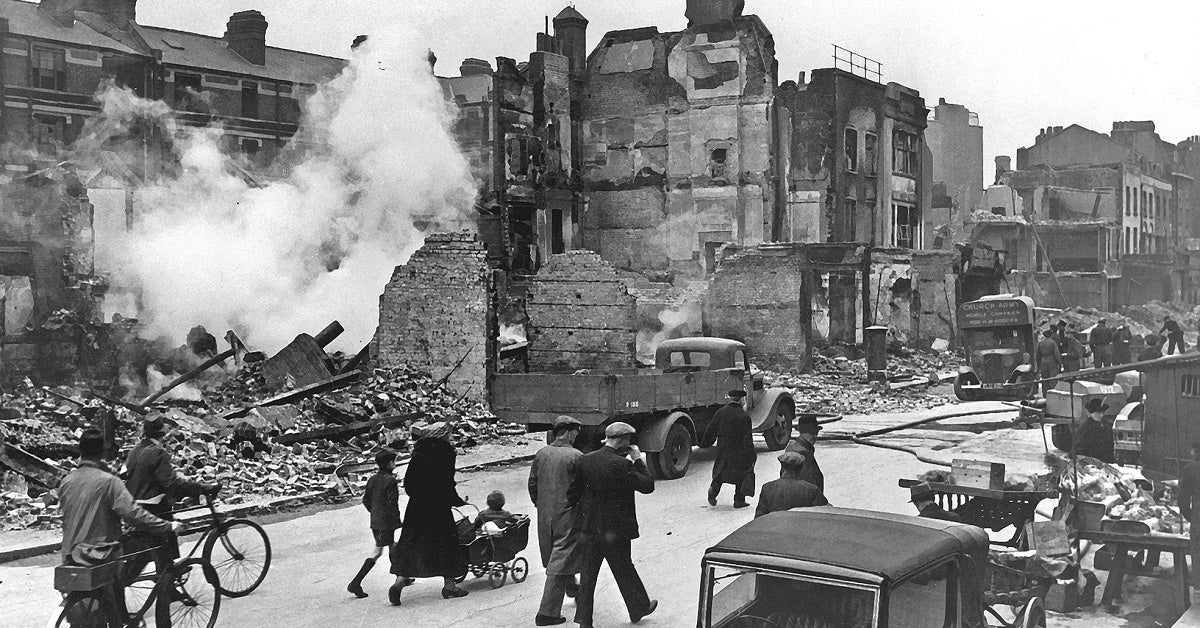 On Sep. 7, 1940, the German Blitzkrieg against the city of London began.

Earlier that summer, the Nazis launched the first bombing attack on Great Britain after a defeated France signed an armistice, leaving the United Kingdom alone against the German war machine.

Wanting to capitalize on his momentum, Hitler set his sights — and his Luftwaffe — across the English Channel. That first day, 190 German bombers and fighters struck British military targets, but the Brits fought back in what would become the first battle in history fought solely in the air.

Meaning “lightning war,” the Blitz was a bombing campaign against Britain by the German Luftwaffe. In September alone, German forces dropped 5,300 tons of explosives on the British population.

The raids persisted for 57 consecutive nights and continued frequently until May of the following year. By the time Hitler began to focus his attention on Russia, 43,000 British civilians had been killed.

But the strength, determination, and spirit of the United Kingdom could not be diminished, and the Battle of Britain would become a decisive victory for the English, whose Royal Air Force dealt the Luftwaffe a nearly lethal blow from which it never fully recovered.

It became a turning point in the war, strategically preventing Hitler from gaining control of the English Channel or invading the British Isles. Britain became a base of operations for the American invasion of Normandy on D-Day in 1944, securing a major blow against Hitler in his waning days.

Finally, the Battle of Britain was a mark of British courage and resilience — the people of Britain are still known for their “Blitz Spirit” — and their perseverance allowed Great Britain to remain free from Nazi occupation.